Ridges and Valleys of the Zagros Mountains 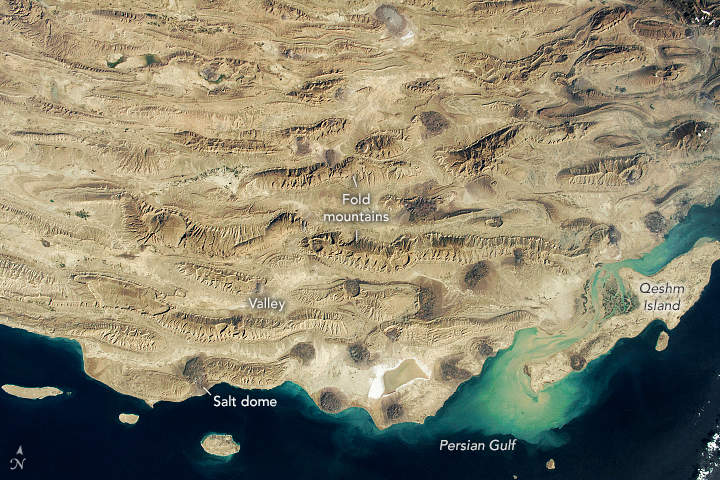 This astronaut photograph, taken from the International Space Station, illustrates the undulating patterns formed by the geology of the Zagros Mountains in southern Iran. The image shows a 300-kilometer (190-mile) portion of the larger Zagros Range (1600 kilometers/990 miles), which runs along the northern coast of the Persian Gulf. Several small islands are visible in the gulf.

This view shows two major geological features. The first, extending across the photo, is the elongated fold mountains and intervening valleys of heavily folded limestone layers. These mountains and valleys are oriented approximately east to west. The upfolded sections form the mountain ridges and the downfolded sections form the long valleys between the ridges. While the rocks themselves are significantly older, the folding took place during the Miocene and Pliocene epochs (from about 23 million to 2.5 million years ago).

The tectonic forces involved in this folding resulted from the rigid Arabian Plate pushing in a northerly direction against the limestone strata on the Eurasian Plate. These forces have also produced a great depression in the Earth’s surface which created the Persian Gulf.

The other notable geological feature in the image is a series of roughly circular salt domes. These domes appear as numerous relatively small, dark patches, each of which is indicated on this geological map. These local uplifts have formed because they are made of salt, which is less dense than the overlying rock and thus tends to rise upward through it. Salt domes also form on parts of the islands in this region of the Persian Gulf. The larger Qeshm Island includes a single salt dome near its western end.

Astronaut photograph ISS066-E-182850 was acquired on February 7, 2022, with a Nikon D5 digital camera using a focal length of 50 millimeters. It is provided by the ISS Crew Earth Observations Facility and the Earth Science and Remote Sensing Unit, Johnson Space Center. The image was taken by a member of the Expedition 66 crew. The image has been cropped and enhanced to improve contrast, and lens artifacts have been removed. The International Space Station Program supports the laboratory as part of the ISS National Lab to help astronauts take pictures of Earth that will be of the greatest value to scientists and the public, and to make those images freely available on the Internet. Additional images taken by astronauts and cosmonauts can be viewed at the NASA/JSC Gateway to Astronaut Photography of Earth. Caption by Justin Wilkinson, Texas State University, JETS Contract at NASA-JSC.

This astronaut photograph illustrates the undulating geology of a segment of the mountain range in southern Iran. 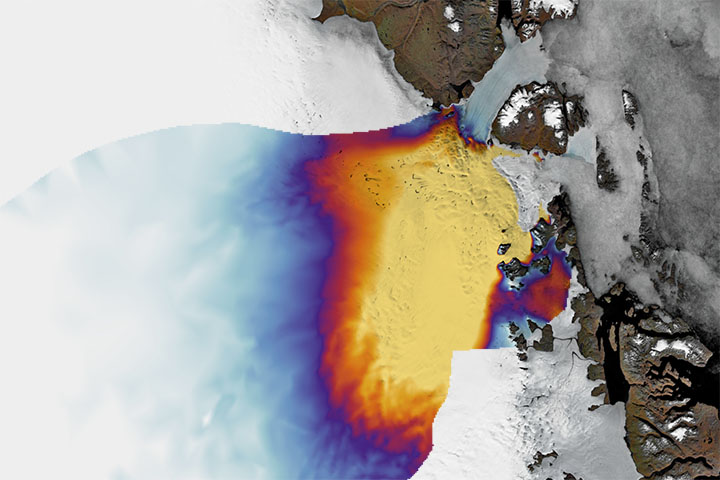 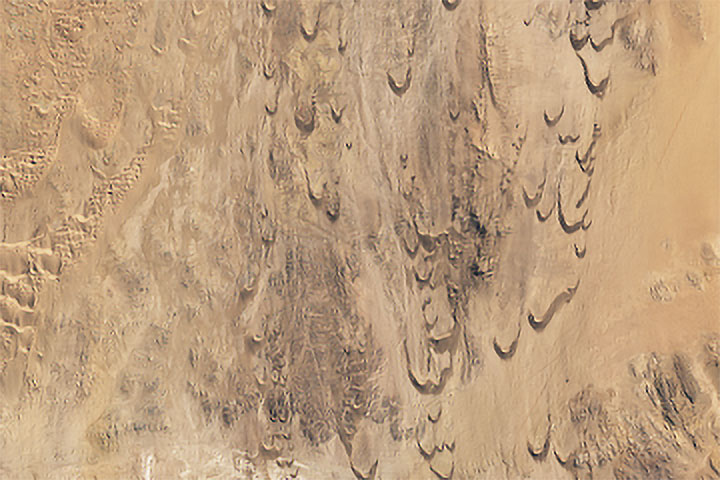 An International Space Station crew member took this striking photograph one evening in late February, 2006. The image takes advantage of the Sun’s low angle to reveal linear geological structures of the Iranian mountain range bordering the western edge of the basin known as Dasht-e-Lut. The range rises 1,818 meters (6,000 feet) above sea level and lies 750 kilometers (466 miles) north of the Persian Gulf. The convoluted appearance results from erosion of folded and faulted rocks—softer rocks erode away quickly, leaving more resistant rock to form linear ridges that are perpendicular to the direction of compression.