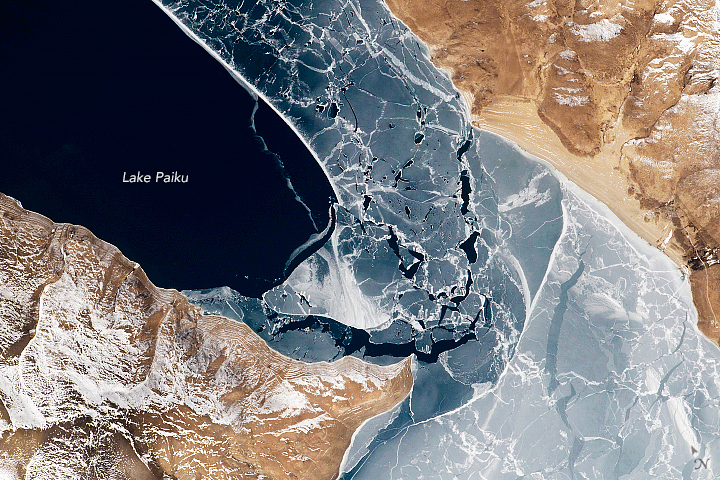 On February 19, 2022, an astronaut onboard the International Space Station shot this photograph of Lake Paiku, a deep lake on the plateau’s southern reaches. At the time of this image, ice had formed on the lake’s shallower areas, primarily toward the south. The lake’s depth gradually increases to about 60 meters (200 feet) in the southern half; in contrast, the northern half quickly reaches more than 70 meters (230 feet) deep.

The lake’s significant depth affects the timing of seasonal evaporation—one of the main factors that influences the water budget of lakes with no outlets, such as Paiku. Averaging 41 meters deep, Paiku can store more heat than shallower lakes for much of the year. During the monsoon season (July to September), little evaporation, combined with additions of water from rainfall and melting glaciers, causes the lake levels to rapidly rise. After the monsoon season (October to December), high evaporation and small additions of water cause lake levels to drop significantly.

When ice covers the lake in winter, there is no significant change in the water level, but there are other dynamics at play. Research has shown that during these cold months, the plateau’s lake water acts like a lens, accumulating heat from the region’s high amount of solar radiation. When the ice breaks up, the heat is quickly released back to the atmosphere where it can influence local temperatures and precipitation.

The plateau’s lakes have seen decadal changes, too, amid warming temperatures, changing precipitation, shrinking glaciers, and melting permafrost. Many lakes on the plateau’s interior have grown larger, while lakes toward the plateau’s south have been shrinking.

Lake Paiku, located in a southern dry belt near the slope of the Himalayas, is one of the shrinking lakes. Scientists estimate lake levels have declined by about 4 meters since 1972, reducing its water storage by 8.5 percent.

Astronaut photograph ISS066-E-150477 was acquired on February 19, 2022, with a Nikon D5 digital camera using a focal length of 1150 millimeters. It is provided by the ISS Crew Earth Observations Facility and the Earth Science and Remote Sensing Unit, Johnson Space Center. The image was taken by a member of the Expedition 66 crew. The image has been cropped and enhanced to improve contrast, and lens artifacts have been removed. The International Space Station Program supports the laboratory as part of the ISS National Lab to help astronauts take pictures of Earth that will be of the greatest value to scientists and the public, and to make those images freely available on the Internet. Additional images taken by astronauts and cosmonauts can be viewed at the NASA/JSC Gateway to Astronaut Photography of Earth. Story by Kathryn Hansen.

This deep lake on the southern Qinghai-Tibet Plateau freezes over during winter, curbing the large changes in lake level observed during other seasons. 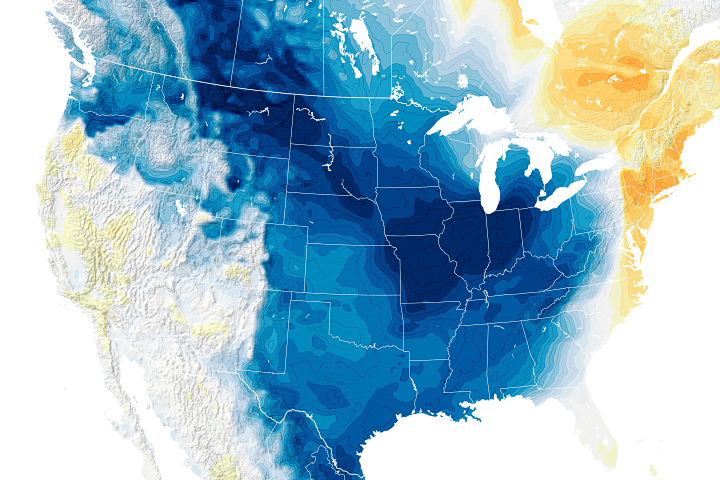 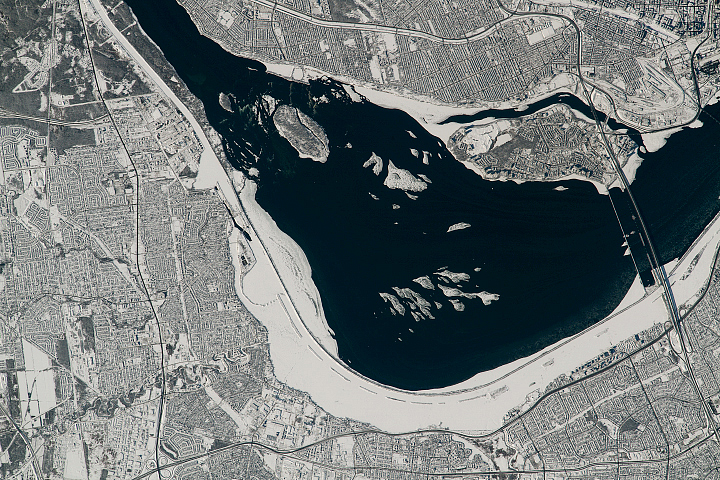