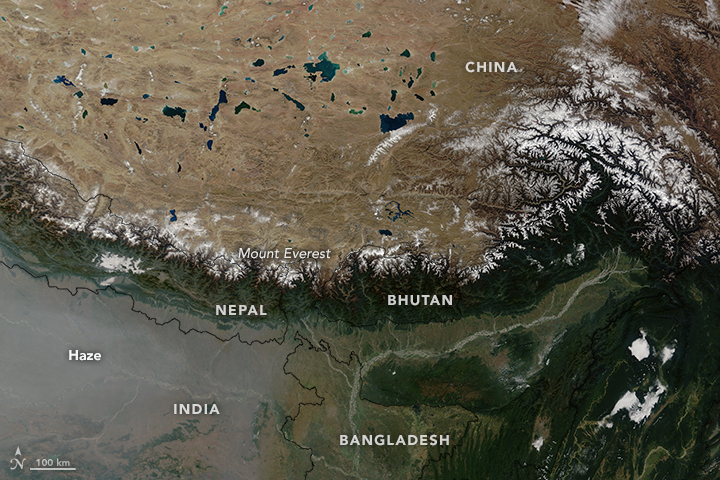 The name Himalaya means “abode of snow” in Sanskrit. On November 20, 2015, the Moderate Resolution Imaging Spectroradiometer (MODIS) on NASA’s Terra satellite captured this image of fresh snow along the Himalayan range in central Asia.

The moisture for snowfall in this part of the range is delivered primarily by the summer monsoon. The mountains form a natural barrier that blocks monsoonal moisture from reaching the Tibetan Plateau to the north. This makes the plains south of the mountains green with vegetation, while much of the Plateau is brown and comparatively barren.

This range contains some of the world’s tallest peaks. Mount Everest, for example, is just one of nine peaks in the area that stand taller than 8,000 meters (26,247 feet) in elevation. View this map to see the locations of the world’s fourteen 8K peaks.

Haze over India is visible in the southwest corner of the image. The haze likely contained smoke from fires set in preparation for crop sowing.

Haze in the Vale of Kashmir 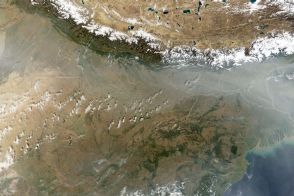 Haze along the Himalaya Front Range

Haze along the Himalayan Front Range