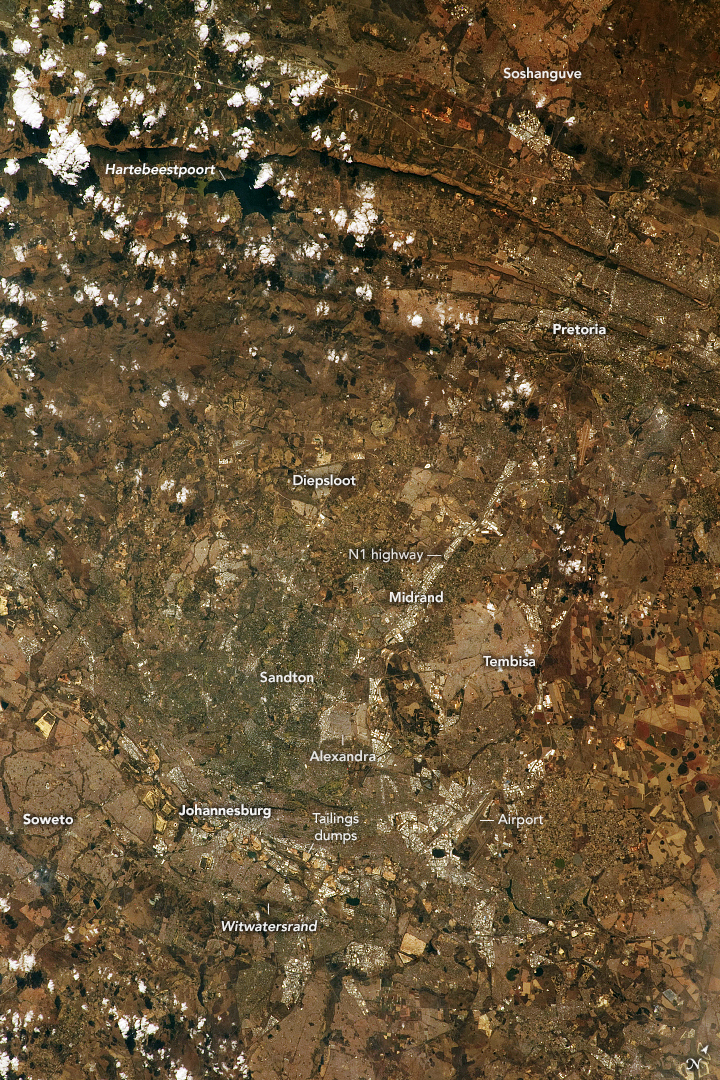 An astronaut onboard the International Space Station (ISS) took this photograph of South Africa’s industrial and mining heartland, from the gold-mining city of Johannesburg to one of the nation’s capital cities, Pretoria.

This region of South Africa is the largest mining and industrial region on the continent of Africa. Gold was discovered in 1886 amid ancient rocks of the Witwatersrand (“white waters ridge”), a range of hills that arcs through the region. Diamonds were found just northeast of this area (off the top right of the photo), and several platinum mines have been developed west of Pretoria (top left).

Johannesburg and neighboring gold-mining towns developed along the line of the Witwatersrand hills. Depleted mines and their tailings dumps are aligned along these hills, and many mines still anchor the central business districts (CBDs) of the towns. Another astronaut view of the Johannesburg region shows the mine tailings in more detail.

The transport corridor connecting Johannesburg to Pretoria—the N1 highway—is considered the busiest section of highway in southern Africa. It leads through the commercial business districts of Sandton and Midrand. Wealthier suburbs are located within an urban forest around Sandton. By contrast, the less wealthy, very densely populated neighborhoods of Soweto, Alexandra, Tembisa, Diepsloot, and Soshanguve are almost treeless.

The country’s largest international airport, O.R. Tambo, is a major hub for the tourist industry, which is one of modern South Africa’s biggest economic drivers. Among the attractions are the steep, picturesque slopes of the Magaliesberg Range, which are protected as wildlife and scenic zones. Less dramatic is the sailing mecca of Hartebeestpoort lake.

One of the best-known attractions is the Cradle of Humankind, now declared a UNESCO World Heritage Site. The site is famous to paleoanthropologists worldwide as the location of several caves that have yielded the fossilized remains of hominids. The richest and best known source of fossilized hominid and animal bones in Africa is Sterkfontein Cave.

Astronaut photograph ISS067-E-170382 was acquired on June 29, 2022, with a Nikon D5 digital camera using a focal length of 180 millimeters. It is provided by the ISS Crew Earth Observations Facility and the Earth Science and Remote Sensing Unit, Johnson Space Center. The image was taken by a member of the Expedition 67 crew. The image has been cropped and enhanced to improve contrast, and lens artifacts have been removed. The International Space Station Program supports the laboratory as part of the ISS National Lab to help astronauts take pictures of Earth that will be of the greatest value to scientists and the public, and to make those images freely available on the Internet. Additional images taken by astronauts and cosmonauts can be viewed at the NASA/JSC Gateway to Astronaut Photography of Earth. Caption by Justin Wilkinson, Texas State University, JETS Contract at NASA-JSC.

This region of South Africa is the largest mining and industrial region on the continent of Africa. 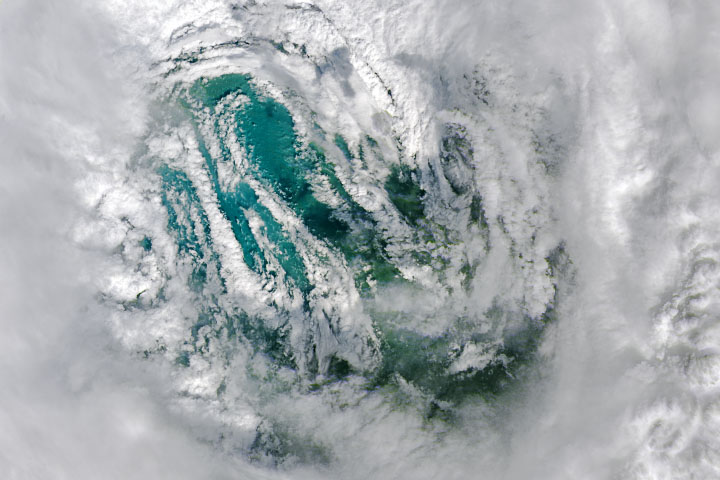 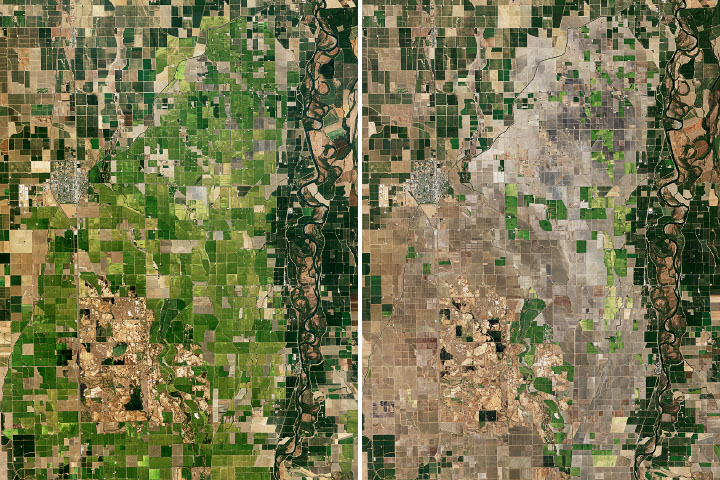