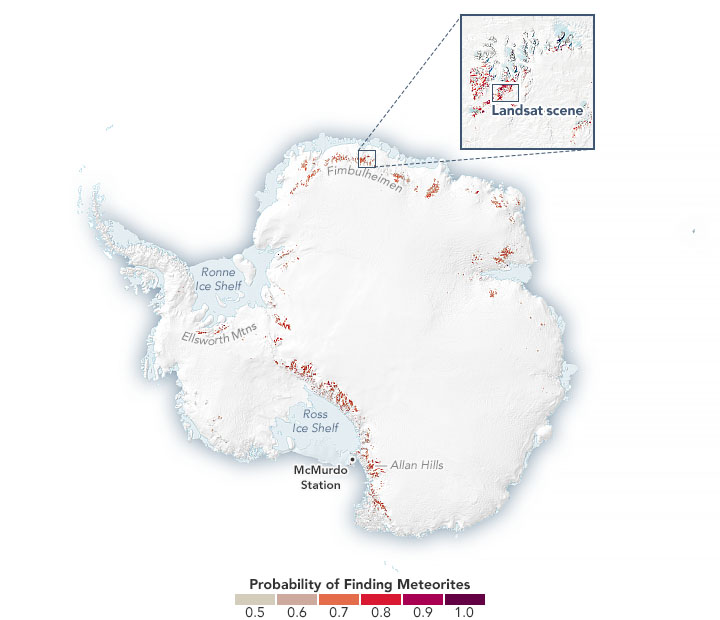 Since the discovery of the Adelie Land meteorite in 1912, scientists have plucked more than 45,000 meteorites from the ice in Antarctica. Each of these “space rocks” carries a story about the composition of our solar system and the conditions that existed early in its development. Scientists recently estimated that as many as 300,000 more meteorites and their stories are still out on the ice, waiting to be found. And now they have a map showing where to look.

Scientists have been actively searching for meteorites in Antarctica for decades because the polar landscape offers several advantages. The contrast between rocks and ice, and the lack of many terrestrial rocks, make meteorites easier to spot. The dry desert environment also helps preserve the meteorites, some of which fell to Earth more than 1 million years ago.

Still, finding small rocks that are spread across an icy landscape covering 14 million square kilometers (5.4 million square miles) can be a challenge. To increase their chances, scientists have been focusing searches in “meteorite stranding zones”—areas where the local geology, the flow of the ice, and climate conditions have caused meteorites to aggregate at the surface. Such stranding zones have traditionally been discovered by chance—often close to a research station—or by scanning maps and satellite images of areas with blue ice. Nearly all meteorites are found on blue ice, which lacks snow cover and allows meteorites to be exposed at the surface.

Veronica Tollenaar, a glaciologist at the Université libre de Bruxelles, and colleagues have been working to identify more of these meteorite hotspots. They developed an Antarctic-wide probability map based on a machine-learning algorithm that incorporates previous meteorite finds, along with a wide array of satellite observations from NASA, the Canadian Space Agency, the U.S. Geological Survey, and commercial sources. “To find meteorites, we need several factors to combine favorably,” Tollenaar said.

On the map at the top of the page, notice the high probability of meteorites along the periphery of the continent and near mountainous areas. This makes sense, given that this is typically where blue ice is found. But the researchers show that the ice’s surface temperature and velocity are also important factors.

“If temperatures rise too much, or if ice flow velocities are too fast, we do not find any meteorites,” Tollenaar said. She explained that if temperatures are too high, the meteorites sink into the melted ice and disappear from the surface. And if the ice flows too fast, meteorites are carried away from the ice surface before they have a chance to accumulate in large concentrations. 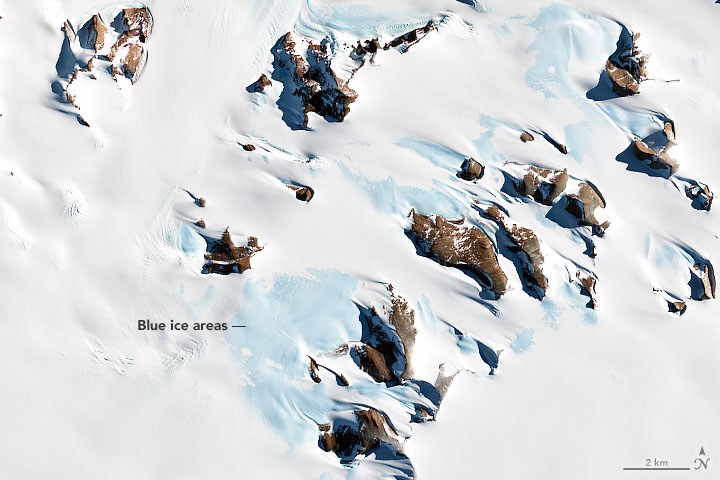 Note the low probability of meteorites in the lower-right quadrant of the continental map. Tollenaar thinks the blue ice in this region—close to the coast but sitting at low elevation—is simply too warm. Surface temperature data from the Moderate Resolution Imaging Spectroradiometer (MODIS) on NASA’s Terra and Aqua satellites indicate that meteorite hotspots are located in blue ice areas that stay below -9°C (16°F) for 99 percent of the time.

“It is truly the extreme warm days that separate meteorite-rich blue ice areas from areas absent of meteorites,” Tollenaar said. In just a short time, “warm” temperatures can cause the ice surface to melt—which is even more enhanced around a meteorite due to its heat-absorbing dark color—causing the rock to sink into the ice and out of sight.

But as the map shows, there are plenty of blue ice areas where the temperature and ice velocity appear favorable for stranded meteorites. The researchers developed a “where-to-go” index, which ranks the hotspots based on their potential for a field visit. The Allan Hills area is near the top of this list. Located relatively close to McMurdo Station, more than 1,000 meteorites have already been found here. Also high on the list is an as-yet unexplored region in the Fimbulheimen mountain range, located 120 kilometers (75 miles) from Novolazarevskaya Station. The area’s ample blue ice is visible in the detailed image above, acquired on February 27, 2022, with the Operational Land Imager (OLI) on Landsat 8.

Tollenaar is particularly intrigued by a hotspot located in the Ellsworth Mountains. “This area is quite far from areas where meteorites have been previously found,” she said, “and that illustrates that the algorithm allows us to make a continent-wide analysis to identify potential areas.”

As many as 300,000 meteorites await discovery atop the continent’s ice, and now scientists have a map showing where to look. 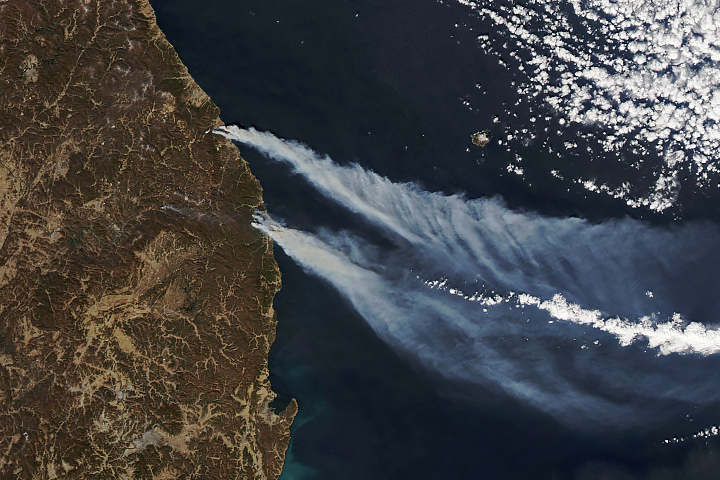 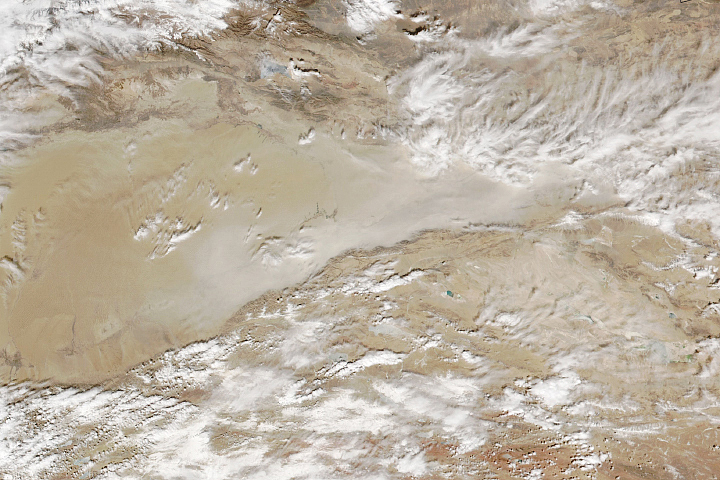