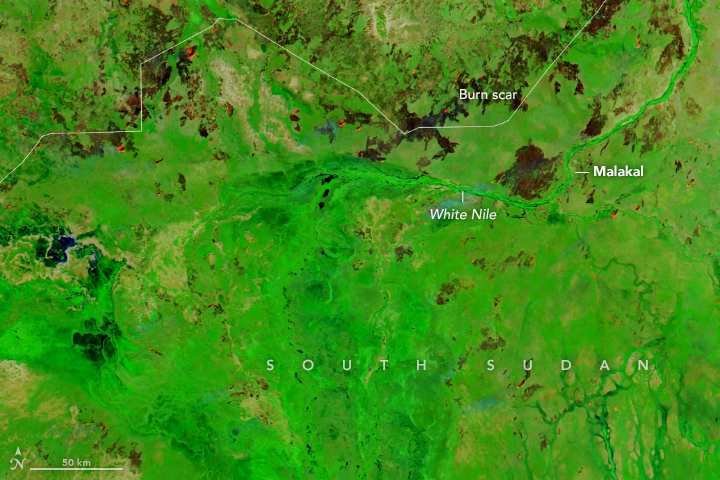 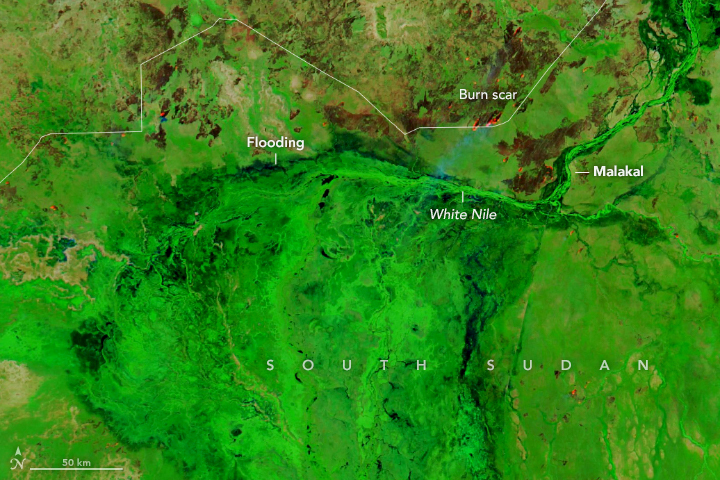 Intense seasonal rains are a perennial challenge in South Sudan, but floods that swamped the northern part of the country in 2021 stand out. Water levels in some rivers and wetlands swelled to the highest levels observed by satellites in decades—then stayed that way for months. With more than 800,000 people affected and more than 200,000 forced from their homes, some observers are calling the 2021 floods the worst the country has seen in 60 years.

The images above show flooding in South Sudan’s Jonglei, Unity, and Upper Nile states on December 6, 2021 (right) compared to more typical conditions in December 2019 (left). These false-color images, acquired with the Moderate Resolution Imaging Spectroradiometer (MODIS) on NASA’s Aqua satellite, use a combination of infrared and visible light (bands 7-2-1) to make it easier to see the boundary between water and land. Water appears navy blue and black; saturated soil is light blue; clouds are white or cyan; and vegetation is bright green. In some areas, thick mats of floating vegetation made flooded areas appear green. In both years, multiple fires burned through grassland and savanna areas around the White Nile; they were likely set to maintain pastureland.

With little ground-based data available about water conditions, satellites provide one way of gauging the severity of the flooding. Radar altimetry data posted as part of NASA’s Global Water Monitor shows that water elevations above sea level in the Sudd wetlands near Bor reached as high as 420.5 meters (275.6 feet) in November 2021, a high for satellite data records that date to 1992.

April through October are normally the wettest months in South Sudan. December through February are typically the driest, a time when rivers subside and the massive Sudd wetlands dry out. However, the dry season in early 2021 was anything but. The previous two rainy seasons (in 2020 and 2019) had been so unrelenting that rivers and wetlands hit record highs and stayed high throughout the dry season.

When rains returned in April 2021, the water had nowhere to go. Rising waters submerged homes, hospitals, schools, and markets. Months of stagnant waters have fueled outbreaks of water-borne diseases. Soaked fields disrupted the seasonal rhythms of farmers and devastated crops. According to the World Food Program, more than 2.4 million people in South Sudan face famine conditions.

Three extreme rainy seasons in a row have pushed rivers and wetlands to heights not seen in decades. 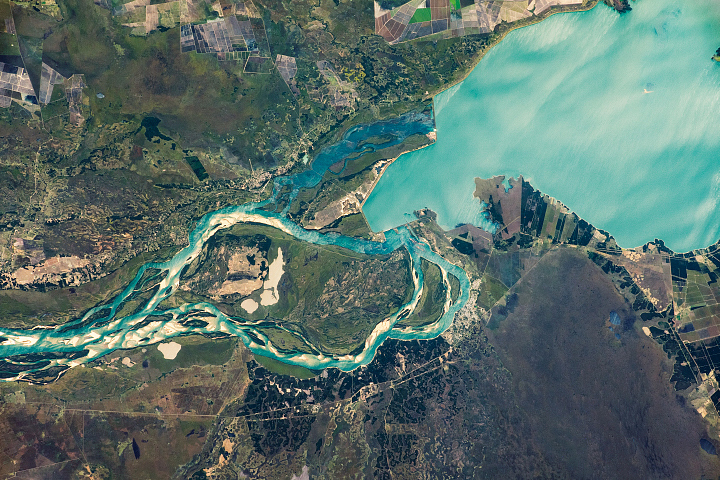 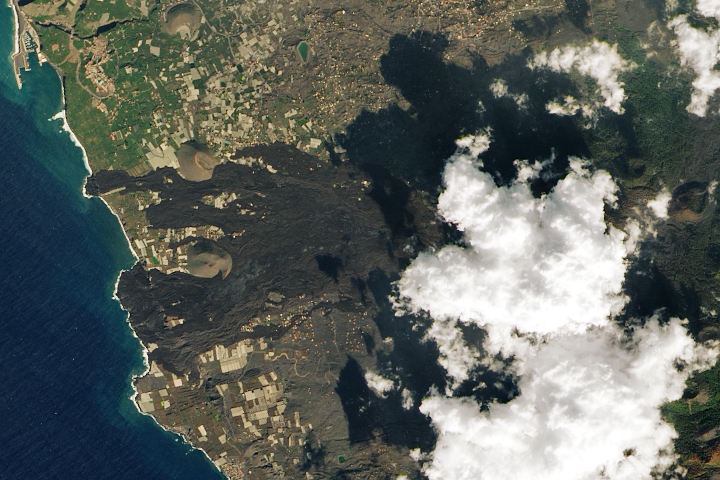 The Al Hawizah Marshes comprise the largest remaining tract of wetlands in the Mesopotamian Marshlands of Iran and Iraq. In the last 10 years, damming and diversion of waters from the Tigris and Euphrates Rivers, and draining of wetlands has led to a loss of 85% of wetlands that once covered about 20,000 square km (7,725 square miles).