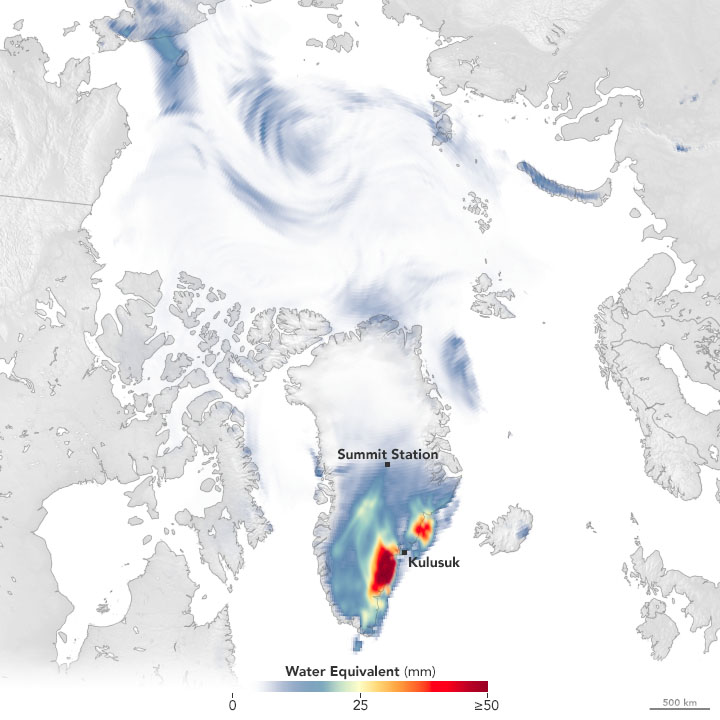 Hurricanes are known for their destructive wind, rain, and storm surge. Hurricane Larry delivered more than that. On September 12, 2021, the storm’s remnants dropped abundant snowfall on Greenland just as the summer melt season was coming to an end.

Like other weather and climate models, GEOS uses mathematical equations that represent physical processes (like precipitation and cloud processes) to calculate what the atmosphere will do. Actual measurements of physical properties, like temperature, moisture, and winds, are routinely folded into the model to keep the simulation as close to measured reality as possible.

Through early September, Hurricane Larry traveled northwest across the Atlantic Ocean reaching a peak strength of category 3 on the Saffir-Simpson wind scale. It weakened as it turned north, staying well offshore of the U.S. East Coast, and then made landfall as a category 1 storm over Newfoundland in eastern Canada on September 11.

Next, Larry reached Greenland on September 12 as a post-tropical storm, delivering high winds and copious snowfall to the island’s southeast and interior. Kulusuk and Tasiilaq saw winds gusts topping 90 miles (145 kilometers) per hour and blizzard conditions were reported at Summit Station.

“Such storms are quite rare,” said Lauren Andrews, a glaciologist with NASA’s Global Modeling and Assimilation Office. “They generally dissipate well before reaching as far north as Greenland. Though there have been similar storms, including Noel in 2007 and Igor in 2010.”

Andrews also noted that it is unusual to see such a high rate of snowfall so soon after the end of the summer melt season, which occurs each year from around May to early September. In fact, the recent snowfall from ex-hurricane Larry could potentially balance out losses from melting during the summer, which included three notable melting events—two in July and one in August.

“It is a dramatic end to a season of extreme events across the Greenland ice sheet,” Andrews said.

Once the satellite data are fully processed, scientists will be able to gauge the state of Greenland’s mass balance. A positive mass balance means that more snow was gained than was lost through processes such as melting and runoff. So far, Andrews said, “It looks like 2021 will end up having an above average surface mass balance.”

Over the span of decades, however, Earth’s ice-covered regions have been losing more mass than they have been gaining. Such losses are a major contributor to global sea level rise. 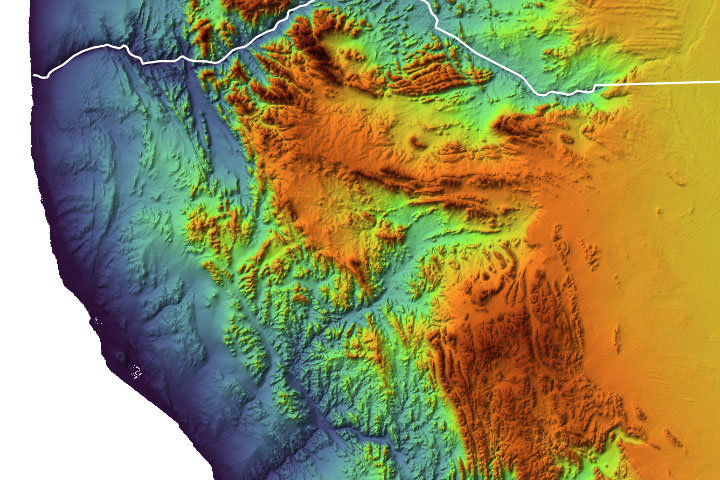 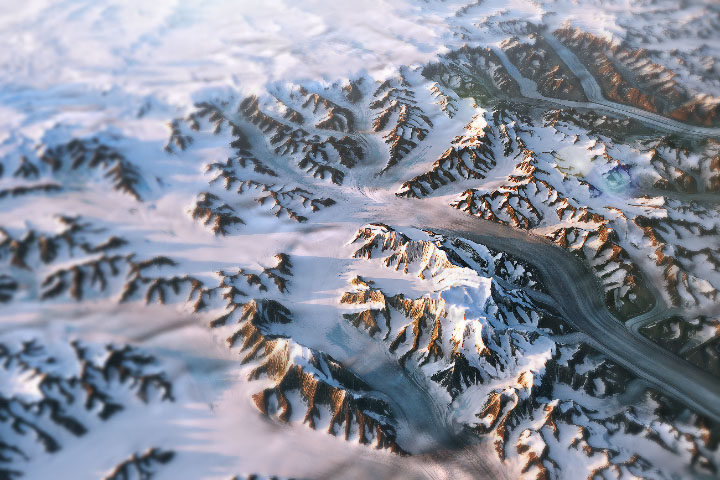