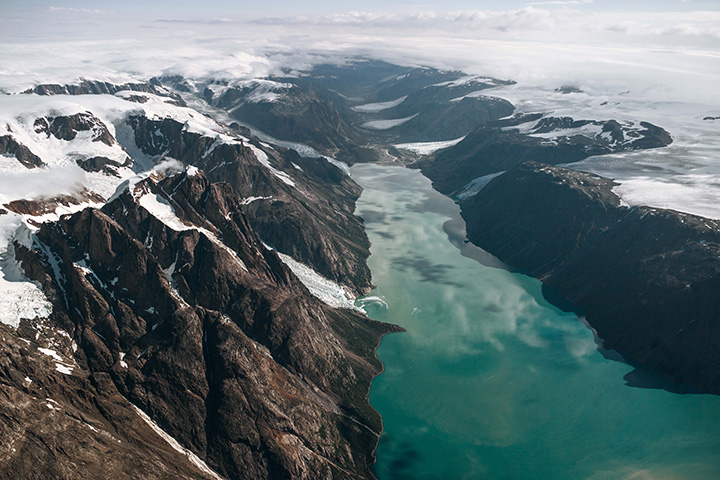 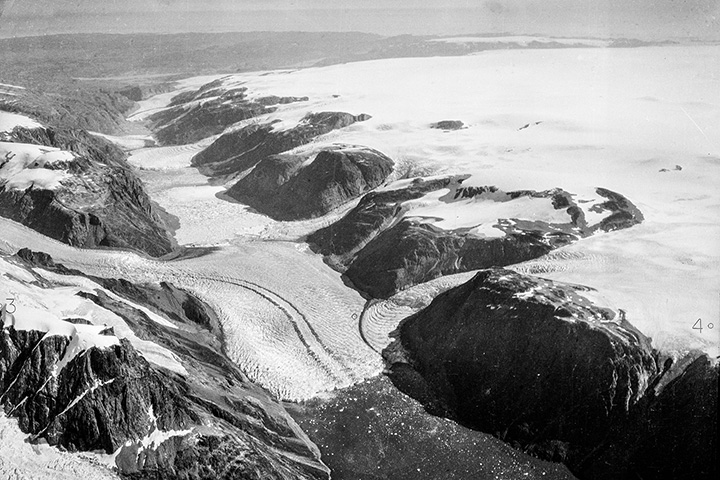 By analyzing old photographs from the early 1900s and comparing them with contemporary ones, researchers have mapped the retreat of some Greenland glaciers.

In the example above, the images show changes to a glacier in the vicinity of the Sukkertoppen ice cap in southwest Greenland. By summer 2013 (top), the glacier had retreated by about 3 kilometers (less than two miles) since summer 1935 (bottom), according to researcher Anders Bjørk of the Natural History Museum of Denmark. Both photographs were acquired from aircraft, most recently in an effort by Bjork and colleagues to re-photograph the sites of Greenland's fast-changing glaciers. (Note that the 2013 photo was shot from slightly farther away or a different focal length, so it is better to gauge the ice changes by looking at shoreline features.)

The historic photographs studied by Bjørk’s team showed a remarkably quick retreat between 1900 and 1930—more rapid than in the past 15 years. The Little Ice Age had lost its grip on the region and temperatures climbed. As the Arctic climate warms again, the information from historic photographs should help researchers understand how quickly glaciers can react to temperature changes.

Bjørk presented the historic photos and analysis alongside other new insights about Greenland that were unveiled on December 15, 2014, at the American Geophysical Union meeting in San Francisco.