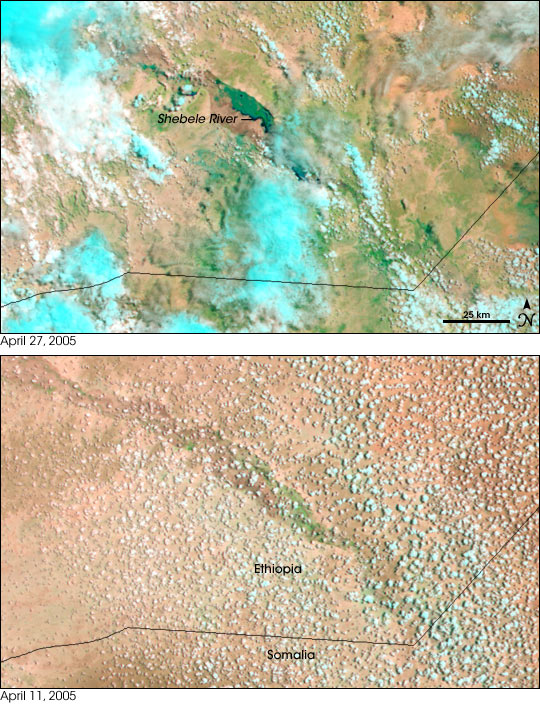 After a two-day deluge on April 23 and 24, 2005, the drought-shrunken Shebele River swelled in an angry froth of flood water that swept away as many as 35 villages in the Somali region of southeastern Ethiopia. More than 40 died and many more remain missing, reports the United Nations Office for the Coordination of Humanitarian Affairs.

The Moderate Resolution Imaging Spectroradiometer (MODIS) on NASA’s Terra satellite caught a peek at the flooded river in a break in the clouds on April 27, 2005. Since the mud-colored water would blend into the surrounding desert in a true-color, photo-like image, the scene is shown in false color. Water is a blue, with sediment-laden flood water taking a deep turquoise hue against the tan-pink desert. Clouds are light blue and vegetation is bright green. The Shabele has expanded from a thin line on April 11, 2005, lower image, to a massive pool that measures roughly 6 kilometers across on April 27, top.