Clouds and Haze over Malay Peninsula 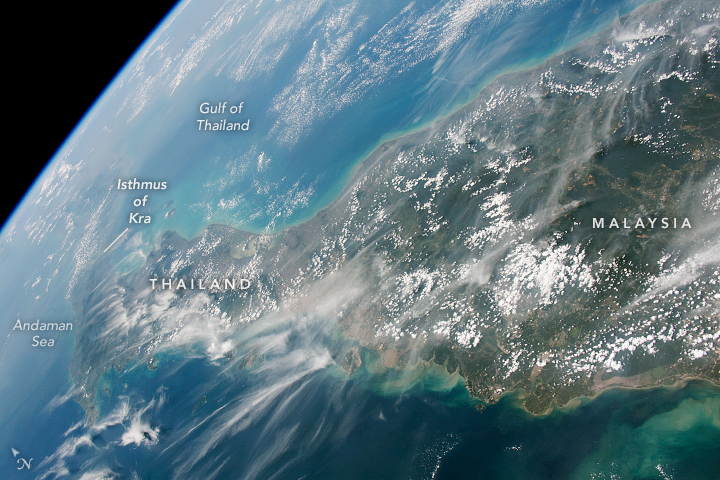 An astronaut onboard the International Space Station (ISS) took this photo while orbiting over Thailand and Malaysia. This region of the world is not often photographed from space due to persistent clouds. While still cloudy, this view offers a rare peek at both coasts of the Malay Peninsula.

This photo was taken near the end of Malaysia’s northeast monsoon season (November to March). The oblique and panoramic view shows thin clouds and possibly small smoke plumes being blown from the northeast—typical of wind patterns for this time of year. Malaysia experiences a second monsoon season from May to September each year.

The Isthmus of Kra, at 70 kilometers (45 miles) wide, is the narrowest part of the peninsula that separates the Gulf of Thailand and the Andaman Sea. Looking toward Earth’s limb, mainland Thailand is hardly distinguishable through the atmospheric haze, due in part to Southeast Asia’s burning season. On the day this photo was taken, hundreds of fires were detected in the region by the Visible Infrared Imaging Radiometer Suite (VIIRS) on the Suomi NPP satellite.

Astronaut photograph ISS064-E-37124 was acquired on February 23, 2021, with a Nikon D5 digital camera using a focal length of 50 millimeters. It is provided by the ISS Crew Earth Observations Facility and the Earth Science and Remote Sensing Unit, Johnson Space Center. The image was taken by a member of the Expedition 64 crew. The image has been cropped and enhanced to improve contrast, and lens artifacts have been removed. The International Space Station Program supports the laboratory as part of the ISS National Lab to help astronauts take pictures of Earth that will be of the greatest value to scientists and the public, and to make those images freely available on the Internet. Additional images taken by astronauts and cosmonauts can be viewed at the NASA/JSC Gateway to Astronaut Photography of Earth. Caption by Andrea Wenzel, Jacobs Technology, JETS Contract at NASA-JSC. 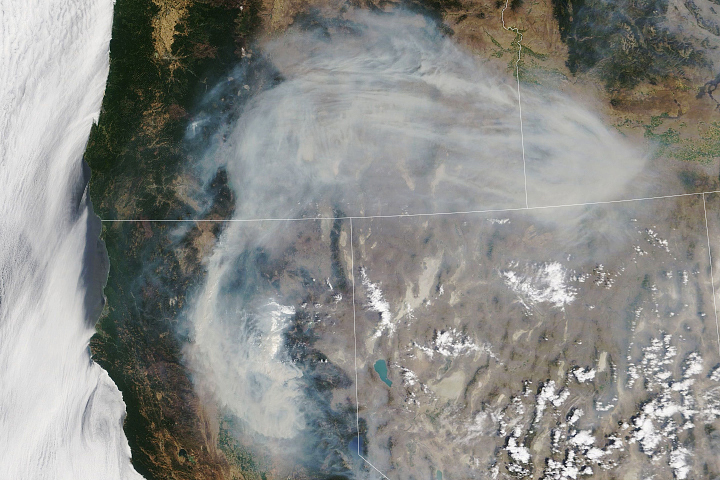