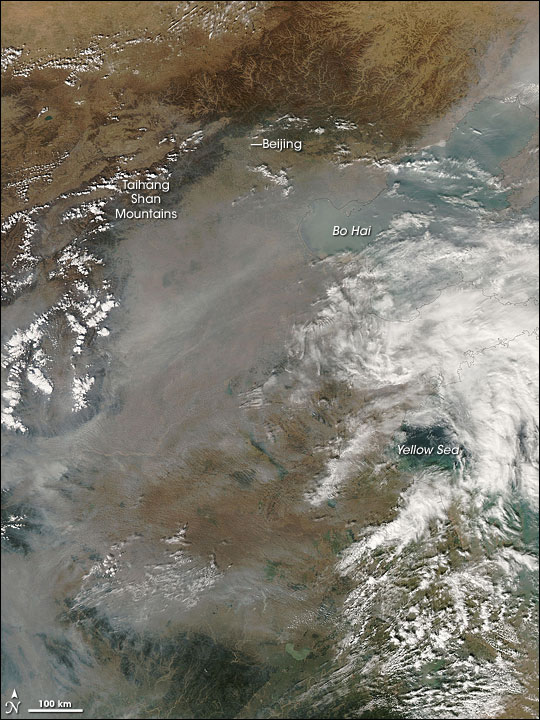 Thick haze hovered over eastern China in mid-October 2008. The Moderate Resolution Imaging Spectroradiometer (MODIS) on NASA’s Aqua satellite took this picture on October 16, 2008, capturing a mixture of clouds and haze over China’s coastal lowlands. A large bank of clouds hangs over Bo Hai and the Yellow Sea while a large swath of haze sweeps inland, stopping short of the Taihang Shan Mountains. The haze appears especially thick in the southwest, where it sometimes crests the mountain peaks, and completely obscures the satellite’s view of the valleys.