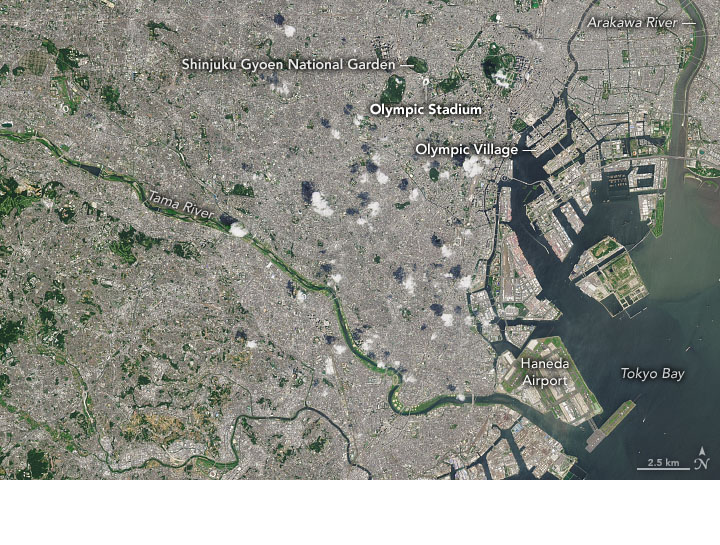 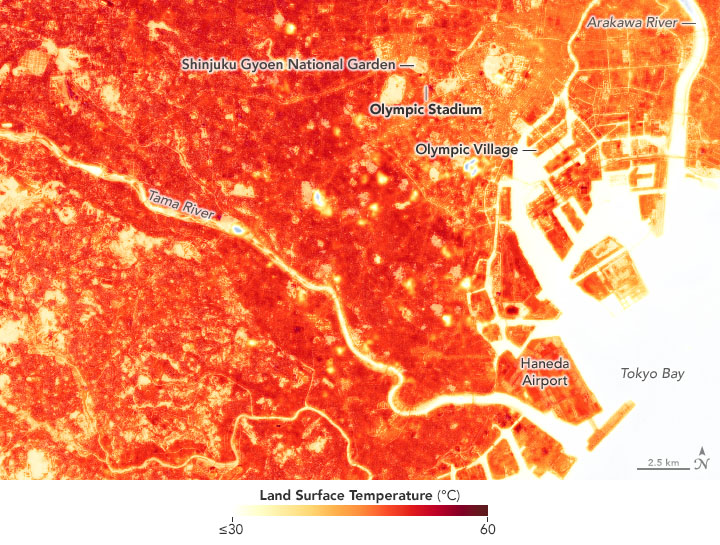 As the 2021 Olympic Games opened in late July, Tokyo was in the midst of a humid heat wave that pushed temperatures above 34°C (93°F) several days in a row. For meteorologists and climatologists, the arrival of sweltering temperatures in Tokyo in August comes as no surprise.

Tokyo has always had hot and humid temperatures, but after decades of global warming, increases in the frequency of heat waves, and extensive urbanization, summers in Tokyo are as uncomfortable as ever—and sometimes dangerous—for the city of 14 million.

The challenges are not unique to Tokyo. The other two finalist cities for these Olympic games—Madrid and Istanbul—were also sweating through heat waves during the last week of July 2021.

The maps above and below show the heat island effect around Tokyo on August 17, 2019, a hot day comparable to those experienced this week. The measurements are derived from observations made by the Thermal Infrared Sensor (TIRS) and Operational Land Imager (OLI) on Landsat 8. The coolest areas are white to yellow; warmer areas are orange to red. (Note: The 2019 data is being presented because more recent summertime images of Tokyo were not available from Landsat due to cloud cover. Despite the years, the relative differences between warmer and cooler areas should be roughly the same.) 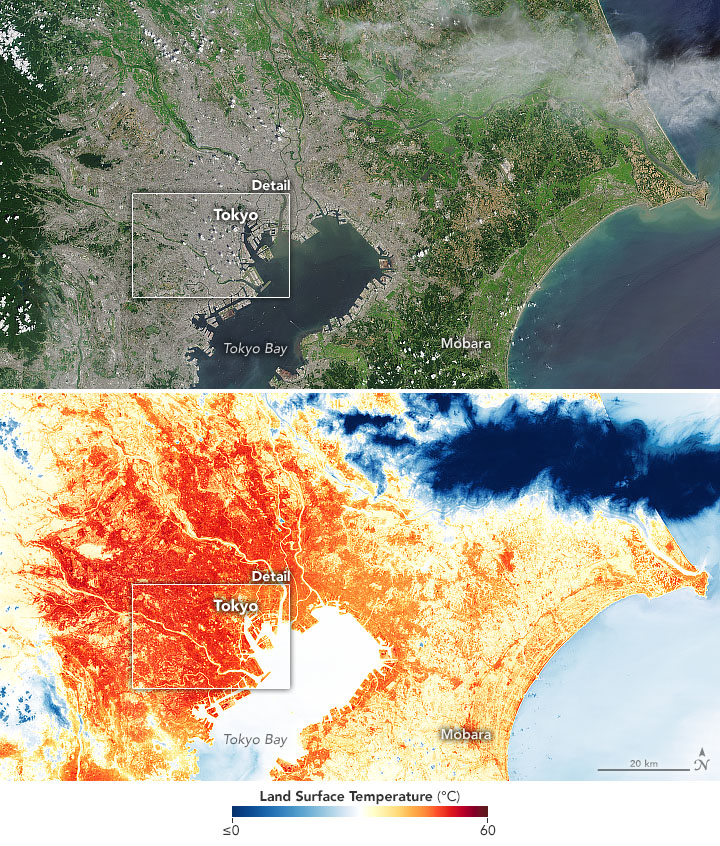 While the main Olympic stadium is located in a developed area with high land surface temperatures, there are a few nearby green spaces—such as Shinjuko Gyoen National Garden, the grounds of the Akasaka palace, and Yoyogi Park—with some shade and notably cooler temperatures. The Olympic Village, built on reclaimed land on Tokyo Bay, generally stays cooler during heat waves due to sea breezes and the moderating influence of the water. As seen in the wider images, forested areas to the east of the city were also much cooler than the city core. The large, dark blue area is a cloud.

Tokyo’s humid subtropical climate means hot, muggy summers are unavoidable; the U.S. Southeast and northern India fall into the same climate zone. However, there are other underlying factors exacerbating the conditions. Human-caused global warming has contributed to a 1.5°C (2.7°F) increase in temperatures in Tokyo since 1964 and a 2.86°C (5.14°F) increase since 1900. That is nearly three times the global average. As global temperatures warm, meteorological data also indicates that extremely humid heat waves have doubled in frequency since 1979.

Researchers and analysts have been pointing to meteorological data for July and August and projecting that these could be the hottest Olympics in decades. In 2020, organizers preemptively moved the marathon and some other events to Sapporo—hundreds of kilometers to the north—due to concerns about heat. When Tokyo last hosted the Olympics in 1964, the event was scheduled in October to avoid the hottest weather. 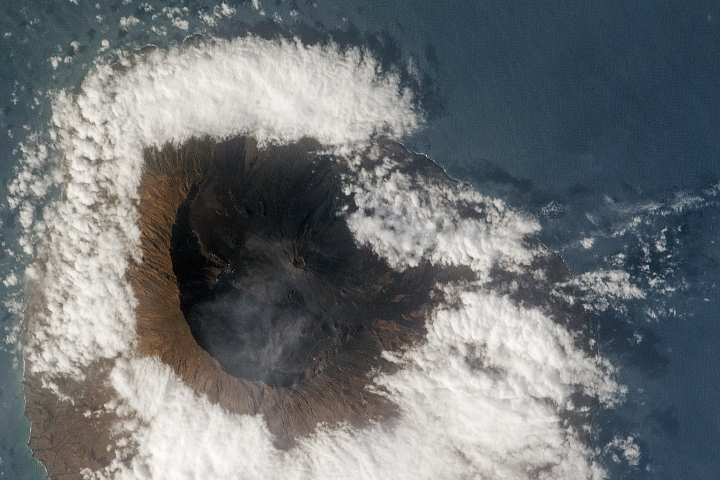