What Does It Mean to be Hot?

On the warmest summer days, you may hear someone say: “it’s a hundred degrees in the shade.” It’s an old-fashioned phrase with an unintended kernel of insight. 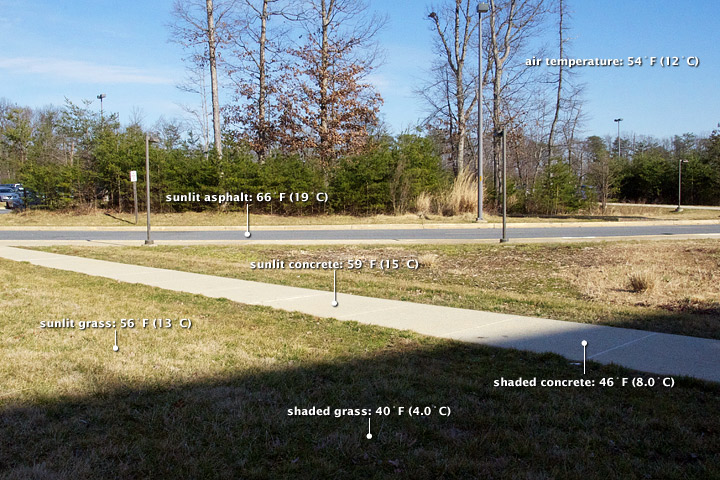 Air temperatures must be measured out of direct sunlight because the materials in and around the thermometer can absorb radiation and affect the sensing of heat. You feel this with your own body: if you stand in direct sunlight, you feel warmer because your skin is being heated by both the air and by the radiant energy from the Sun.

To make an air temperature reading according to the World Meteorological Organization standard (PDF), a thermometer must be situated 1.2 to 2 meters off the ground and shielded from direct sun—though it cannot be placed in the shade of a building, mountain, or tree either. 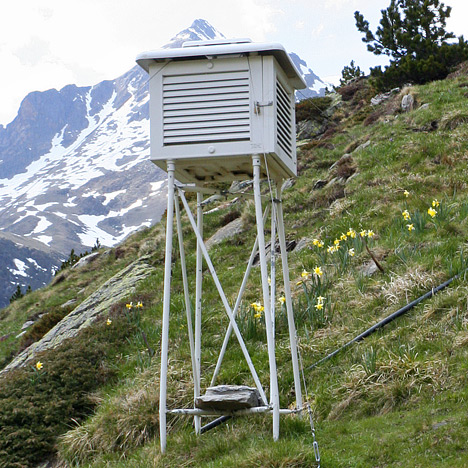 Accurate air temperature readings must be taken with thermometers that are carefully shielded from direct sunlight. (Photograph ©2006 Richard Allaway.)

MODIS measures something different: land skin temperature. LST is a measure of heating of the land surface—where solar energy is absorbed and re-emitted—and it is often significantly hotter than air temperature. If you’ve ever walked barefoot across hot sand or pavement on a summer day, you know the difference. The surface beneath your feet feels much hotter than the air around your head.

Scientists first measured that difference in June 1915. “Around the same time that the Death Valley record air temperature was measured, an analysis of the temperature conditions of air and soil was conducted in the desert near Tucson, Arizona,” Mildrexler explains. In the midday sun, the temperature 0.4 centimeters below the soil surface was 71.5°C (160.7°F). The air temperature, measured four feet above the ground, was 42.5°C (108.5°F). 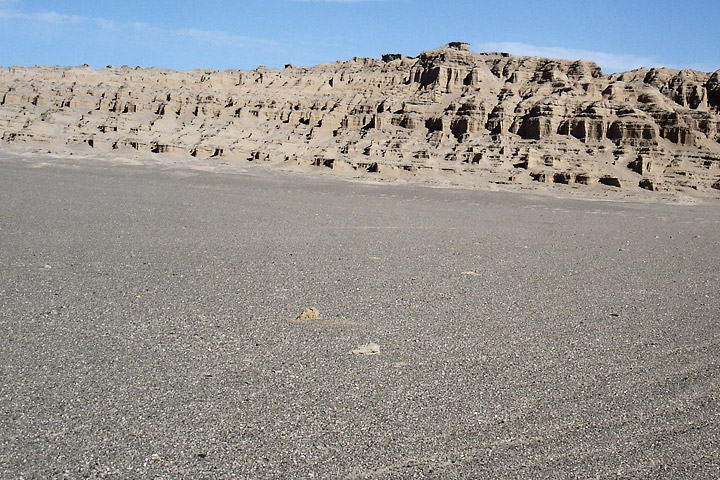 Air temperatures, on the one hand, are moderated by circulation—both the rising and sinking of air masses into the atmosphere, and the horizontal movement of winds across the landscape. Moisture also regulates how much heat can be stored in the air. “The value of the air temperature measurement, as opposed to land surface temperature, is that it is what the human body, a building, or an ecosystem are feeling,” says Stuart Gaffin, a climate researcher at Columbia University and NASA’s Goddard Institute for Space Studies. “Air temperatures largely dictate our thermal comfort level.”

On the other hand, land skin temperatures reflect the pure heating of a parcel of ground by radiation from the sun, the atmosphere, and other heat flows. Therefore, the hottest LSTs are likely to occur where the skies are clear, the soil is dry, and the winds are light. The final ingredient is the composition of the land surface. It should absorb most light and reflect little—that is, have a low albedo—and it should not conduct heat very well. Rocky deserts offer the perfect combination. 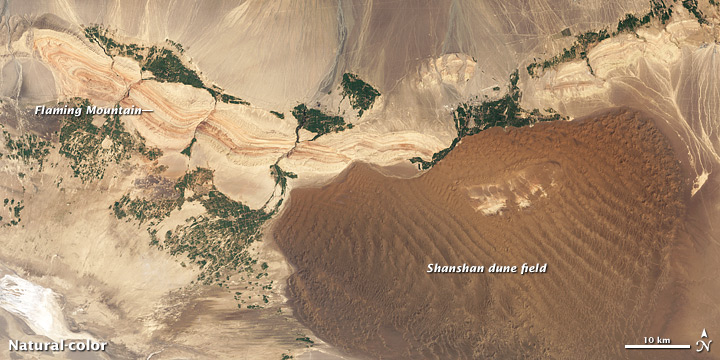 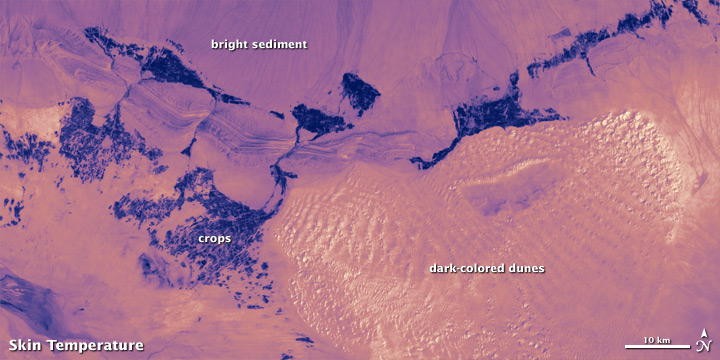 In their analysis, Running, Mildrexler, and Maosheng Zhao scrutinized global MODIS measurements of LST from 2003 to 2009, paying special attention to where the hottest satellite temperatures matched up with the ideal terrain. “To reveal the hottest spot on Earth,” Mildrexler notes, “we focused on barren areas and sparsely vegetated, open shrublands.”

The formula brought them to the Lut Desert in Iran. And to the badlands of Queensland, Australia. And to the Flaming Mountain.

Seven years of satellite temperature data show that the Lut Desert in Iran is the hottest spot on Earth. The Lut Desert was hottest during 5 of the 7 years, and had the highest temperature overall: 70.7°C (159.3°F) in 2005. (NASA maps by Jesse Allen and Robert Simmon, using MODIS data from Mildrexler et al., 2011.

But the Lut was not the hottest spot every year. In 2003, the satellites recorded a temperature of 69.3°C (156.7°F)—the second highest in the seven-year analysis—in the shrublands of Queensland. And in 2008, the Flaming Mountain got its due, with a yearly maximum temperature of 66.8°C (152.2°F) recorded in the nearby Turpan Basin.