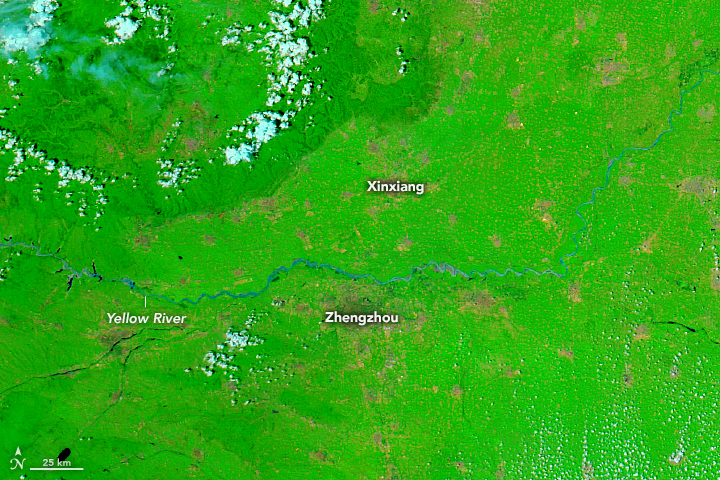 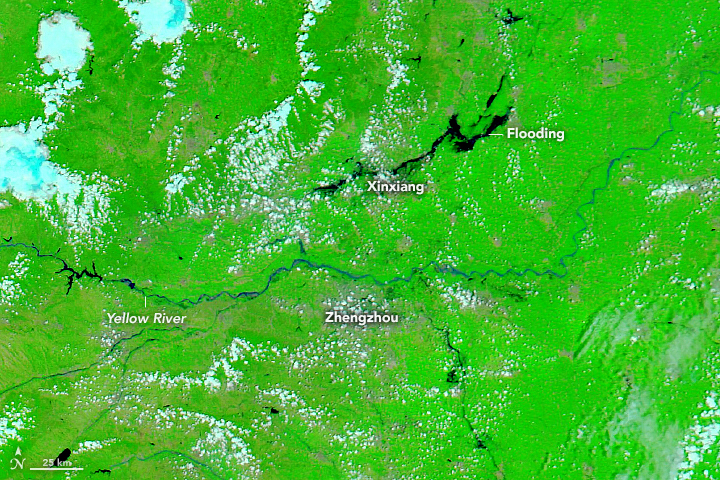 A slow-moving rainstorm in mid-July 2021 caused rivers and reservoirs to spill over their banks, leading to deadly flooding in central China. A new storm has now come ashore, bringing even more rain to the country.

Flooding from the mid-July rainstorm was still visible on July 26, 2021, when the Moderate Resolution Imaging Spectroradiometer (MODIS) on NASA’s Aqua satellite acquired a false-color image of northern Henan province. For comparison, the same area is shown on July 20, 2020.

According to news reports, the rainstorm dropped a year’s worth of rain on Zhengzhou, the province’s capital city, over the span of three days. The storm then tracked north and dropped 26 centimeters (10 inches) of rain within a span of two hours on the city of Xinxiang. The region’s network of rivers and reservoirs overflowed, and floodwaters submerged transportation infrastructure and buildings, trapping many people and affecting millions. 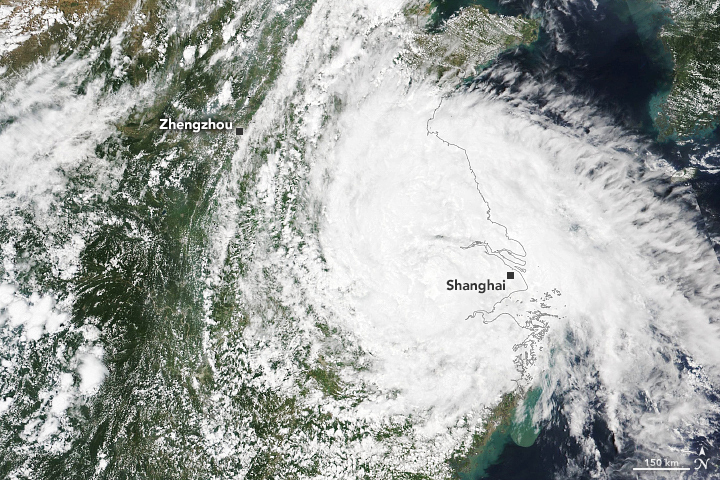 Forecasters are now watching the progression of Tropical Cyclone In-fa. After lashing Japan, the Philippines, and Taiwan, Typhoon In-fa reached eastern China’s coast on July 25 with sustained winds equivalent to a category-1 hurricane. Tens of thousands of people evacuated Shanghai ahead of the storm, which brought high winds and heavy rain.

This image, acquired at 1:45 p.m. local time (5:25 a.m. Universal Time) on July 27, 2021, with the Visible Infrared Imaging Radiometer Suite (VIIRS) on the NOAA-NASA Suomi NPP satellite, shows the storm moving inland toward the northwest. In-fa has weakened to a tropical storm and will continue to break up in the coming days. But the slow-moving storm continues to unleash torrential rain and could soon escalate the flooding situation in Henan province. 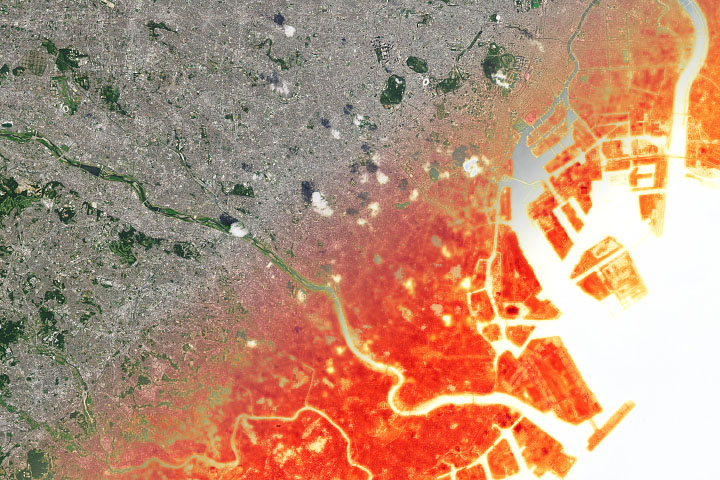 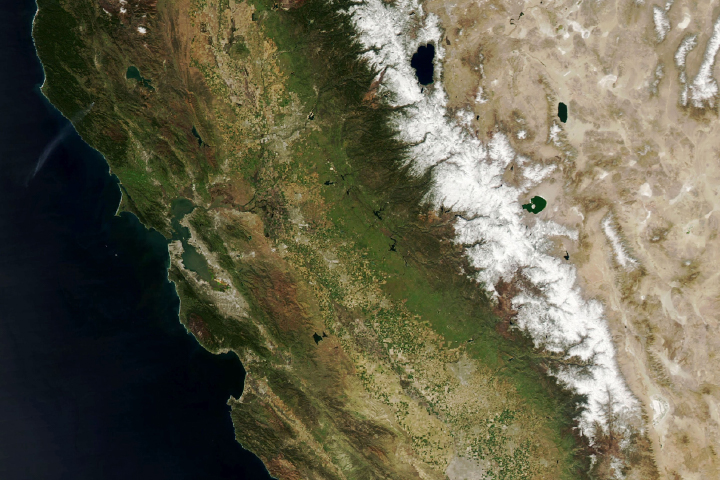 Entire neighborhoods were underwater in October after relentless rains caused the Logone and Chari rivers to overtop their banks.