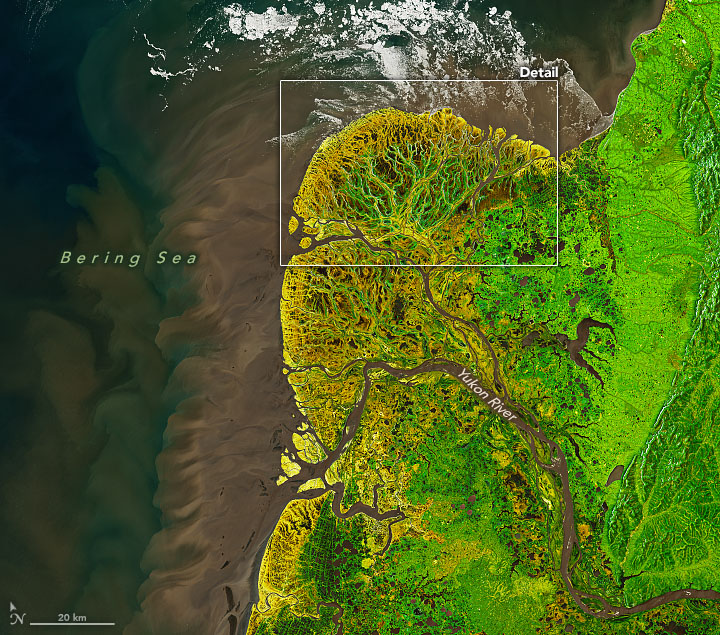 Today’s story is the answer to the June puzzler.

The Yukon-Kuskokwim Delta is one of the world’s largest deltas, and it stands as a remarkable example of how water and ice can shape the land. These images show the delta’s northern lobe, where the Yukon River spills into the Bering Sea along the west coast of Alaska.

“The Yukon Delta is an exceptionally vivid landscape, whether viewed from the ground, from the air, or from low-Earth orbit,” said Gerald Frost, a scientist at ABR, Inc.—Environmental Research and Services in Fairbanks, Alaska. The vivid landscape is captured in these images acquired with the Operational Land Imager (OLI) on Landsat 8 on May 29, 2021. The images are composites, blending natural-color imagery of water with a false-color image of the land.

While the image could be considered a work of art, there are some useful aspects to looking at the land this way. For example, you can easily distinguish areas of live vegetation (green) from land that is bare or contains dead vegetation (light brown) from the network of sediment-rich rivers and ponded flood water (dark brown). A sprinkling of thermokarst lakes are also part of the scene. 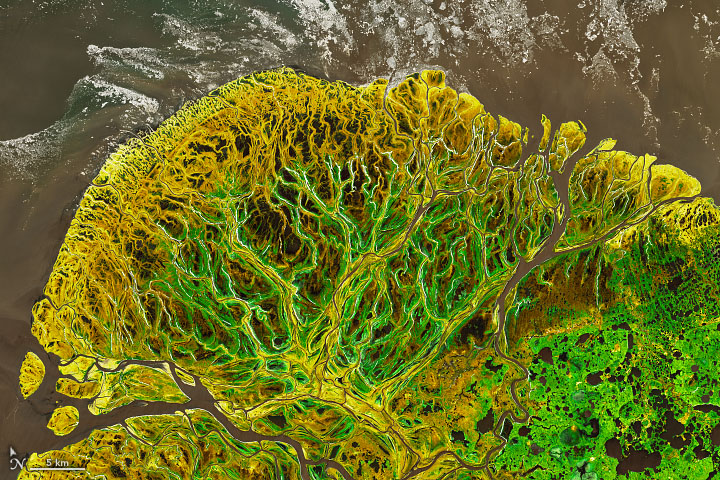 In general, the green areas across the delta are tall willow shrublands. They are especially apparent on either side of the river channels in the detailed image above. The light-brown areas are primarily moist sedge meadows; they appear brown because much of it is the dead remains of last year’s growth. Away from the delta (right side of the image) the vegetation is shrub-tussock tundra.

“To me, one of the interesting things about the delta is that it is a highly transitional area, with some elements of Arctic tundra and some of boreal forest,” Frost said.

The delta also transitions with the seasons. At the time of this image, the signature of spring flooding is written across the delta. Melting snow and ice cause the rivers to spill over their banks and by late May, many of the marshes are filled with floodwater, which appears as dark-brown ponds.

According to Lawrence Vulis, a graduate student at the University of California, Irvine, the delta would have appeared much more inundated immediately following the melting of snow and ice a few weeks prior to this image. Stream gauges and satellite images suggest that the bulk of the flooding had already subsided. Still, the flooding was recent enough that the plenty of ponding remained on May 29. As summer advances, the floodwater will continue to recede and the wetlands will continue to green up with vegetation.

Also notice the colorful water where the delta meets the Bering Sea. This is a product of glacial runoff far upstream, which carries a large amount of sediment toward the coast. This sediment is also instrumental to the formation of tall “levees” on the sides of the channels, deposited there when floodwaters spill over their banks. These “levees” support stands of tall willows—important habitat for moose.

“Interestingly, tall shrubs have expanded a lot on the delta in recent decades, and the moose have followed,” Frost said. “Today, the delta has one of the highest moose densities in the state of Alaska.”

The delta did not always look this way. Studies have shown that the modern Yukon Delta is just a few thousand years old. It’s young age “is incredible to think about,” Vulis said. “We are used to thinking about relatively ancient landscapes, but modern river deltas have only formed in the last 10,000 to 8,000 years since global sea level has stabilized.”

The delta could quite possibly look different in the future. “The Yukon and other Arctic deltas are thought to be particularly vulnerable to climate change,” Vulis noted, “due to the roles of permafrost and ice in shaping these deltas.”

One of the world’s largest deltas stands as a remarkable example of how water and ice can shape the land. 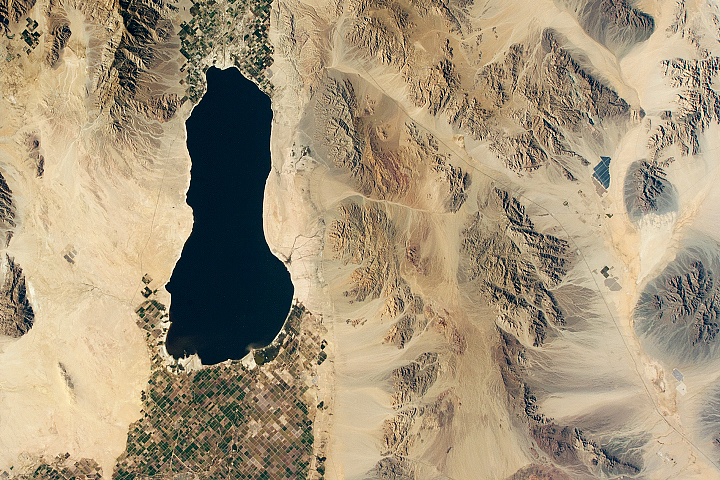 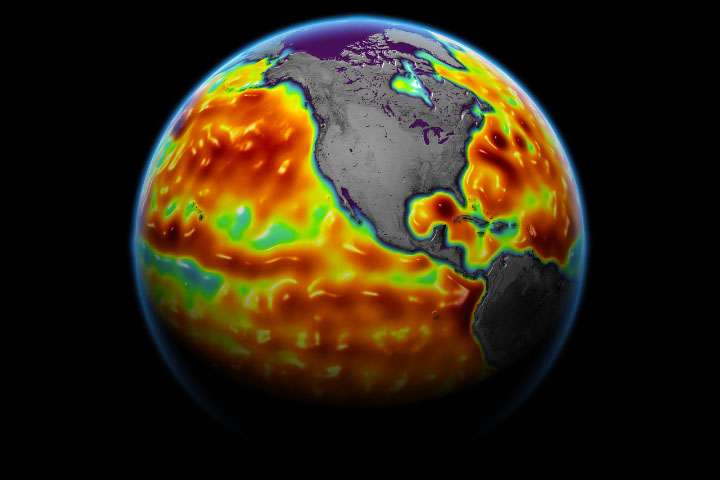