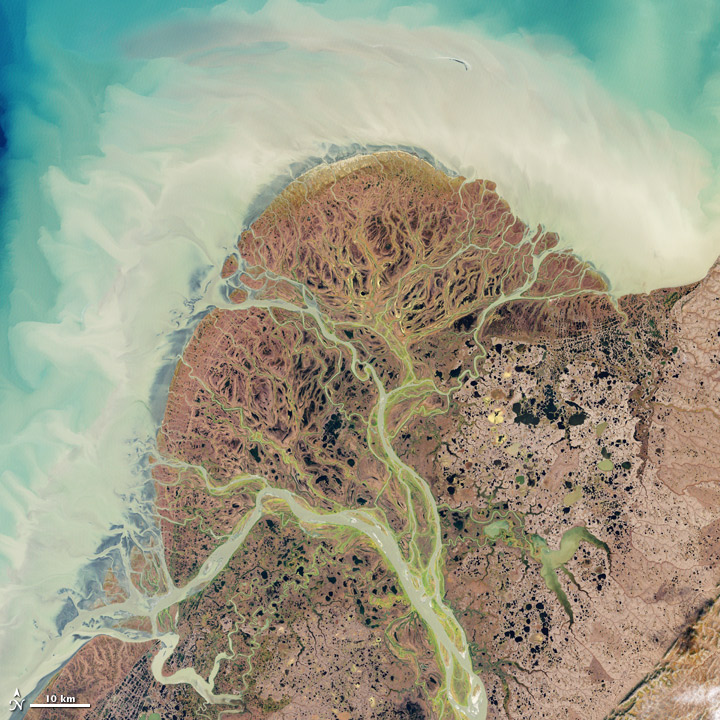 The Yukon River originates in British Columbia, Canada, and flows through Yukon Territory before entering Alaska. In southwestern Alaska, the Yukon Delta spreads out in a vast tundra plain, where the Yukon and Kuskokwim Rivers meander toward the Bering Sea.

The Enhanced Thematic Mapper Plus on the Landsat 7 satellite acquired this natural-color image of the Yukon Delta on September 22, 2002. Looking a little like branching and overlapping blood vessels, the rivers and streams flow through circuitous channels toward the sea, passing and feeding a multitude of coastal ponds and lakes.

The Yukon Delta is an important habitat for waterfowl and migratory birds, and most of the protected refuge is less than 100 feet (30 meters) above sea level. Over such low-lying, mostly treeless terrain, the rivers can change course frequently and carve new channels to find the fastest route toward the sea. The pale color of the sea water around the delta testifies to the heavy sediment load carried by the rivers.

Water abounds in this region today, but it was once far drier. Starting nearly two million years ago, a series of ice ages spawned massive Northern Hemisphere glaciers. As the glaciers grew, sea levels fell. About 20,000 years ago, sea level dropped enough to expose Beringia—a wide expanse of grassland between Eurasia and North America. The grassy plain provided not just a corridor for migrating wildlife, but also a home to the ancestors of today’s Native Americans. People have lived here for thousands of years, and the Yukon Delta is one of Alaska’s most populated rural areas, home to thousands of Yup’ik people. 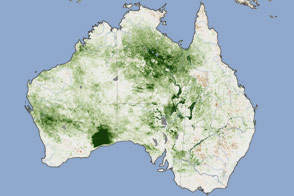