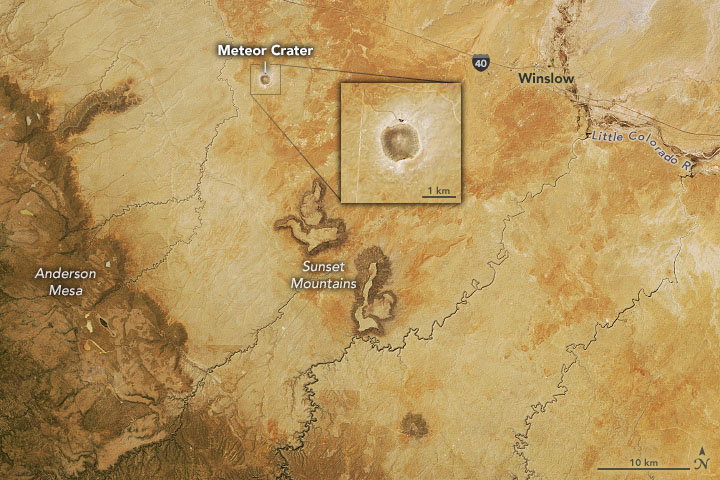 Most asteroids that survive an encounter with Earth’s atmosphere ultimately plummet into water, simply because oceans cover 70 percent of the planet. But massive space rocks occasionally hit land. That was the case 50,000 years ago when an iron asteroid smashed into North America and left a gaping hole in what is today northern Arizona.

Meteor Crater (also called Barringer Meteor Crater) is located between Flagstaff and Winslow on the Colorado Plateau. The Operational Land Imager (OLI) on Landsat 8 acquired this image of the area on May 16, 2021.

Even at 50,000 years old, the crater is relatively young and remarkably well-preserved compared to other craters. Because of this, scientists have studied the site extensively to learn about cratering processes—how they work on Earth and elsewhere in the solar system—and about the modern hazards posed by asteroid impacts.

“A similar-size impact event today could destroy a city the size of Kansas City,” said David Kring, an impact cratering expert at the Lunar and Planetary Institute. Meteor Crater measures 0.75 miles (1.2 kilometers) across and about 600 feet (180 meters) deep. The size of the asteroid that produced the impact is uncertain—likely in the range of 100 to 170 feet (30 to 50 meters) across—but it had to be large enough to excavate 175 million metric tons of rock.

The wide perspective pictured above gives a sense of the crater in context with the surrounding area. This part of the Colorado Plateau drains from Anderson Mesa (lower left) and across a surface that dips toward the Little Colorado River near Winslow. The red blotchy areas near the crater are Moenkopi red siltstone amid light-brown Kaibab limestone. Volcanic landforms dot part of the wider landscape, including Anderson Mesa and the West and East Sunset Mountains.

Note how the crater’s rim and areas just outside it are much lighter tan. This is the debris that was ejected from the crater, consisting primarily of Kaibab limestone and Coconino sandstone. Also notice how the crater is not exactly circular, exhibiting almost a square shape. According to Kring, this is because pre-existing flaws in the rock caused it to peel back farther in four directions upon impact. These cracks, oriented northwest-southeast and northeast-southwest, formed when the Colorado Plateau was uplifted from below sea level to its current mile-high elevation.

The landscape has not always looked like this. When the asteroid hit, humans had not yet reached North America. The terrain of forested rolling hills was likely inhabited by mammoths, mastodons, and giant ground sloths. Now the crater stands amid shrub-covered desert.

Kring continues to host a NASA-sponsored field training and research program at Meteor Crater, in which graduate students train to study impact craters on Earth, the Moon, Mars, and other planets. He also trains astronauts “so they are familiar with impact-cratered planetary surfaces,“ Kring said. “NASA’s Artemis astronauts will, for example, be landing in an impact-cratered terrain around the lunar south pole.”

The “young” and well-preserved crater helps scientists understand cratering processes on Earth and elsewhere in the solar system. 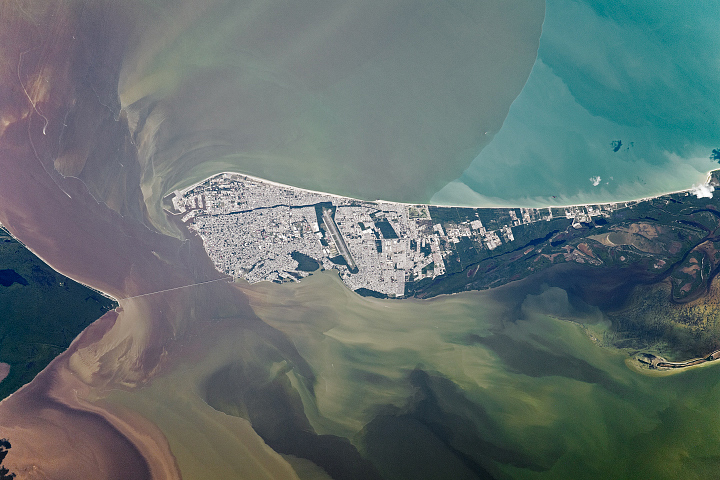 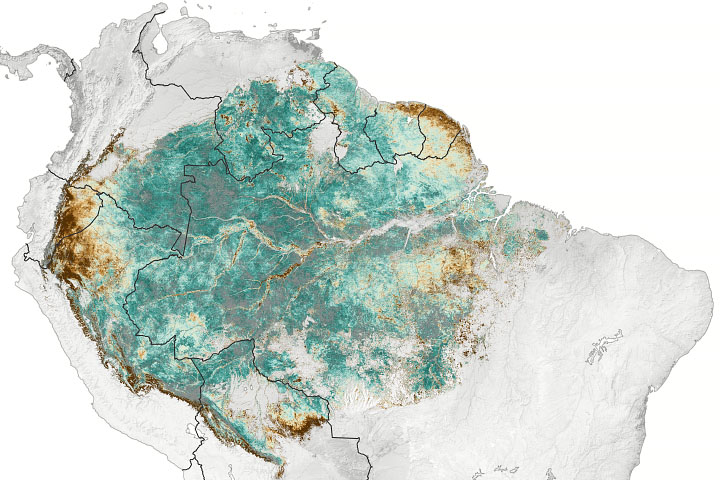