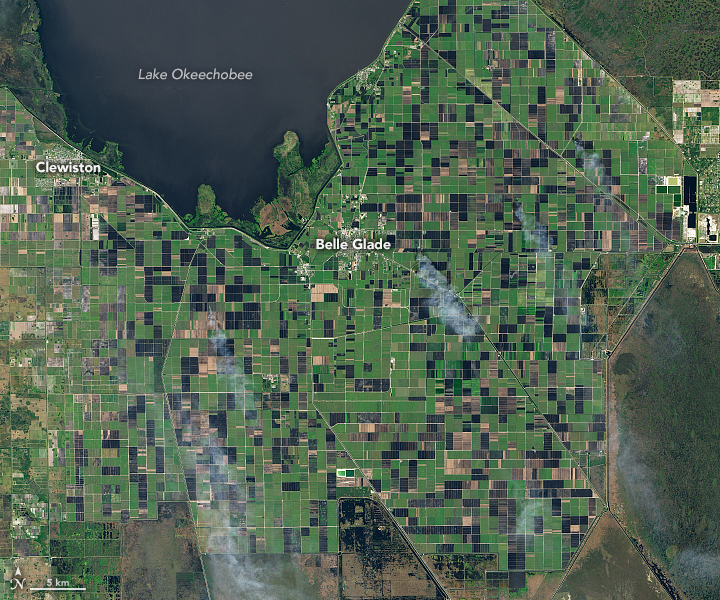 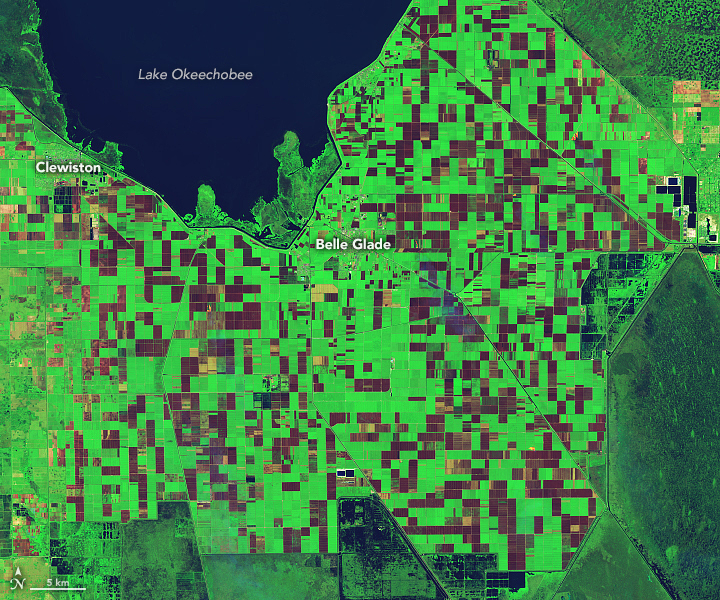 Between October and April each year, NASA satellites routinely observe smoke plumes rising from farmland south of Lake Okeechobee in Florida. Almost all of the plumes appear to come from fires on sugarcane farms. Sugar growers light the hot, fast-moving blazes to burn the leaves and tops off the plant, leaving the sweeter cane material intact—a practice that makes harvesting and transporting sugar cane cheaper. But the smoke has raised health concerns in some nearby communities.

Atmospheric scientists have been studying the frequency of these fires, where the smoke goes, and how much it might affect human health. Research indicates that satellites likely detect only a portion of the sugarcane fires that burn each year. Yet with the help of data from ground-based sensors and atmospheric dispersion models, scientists are finding ways to explore the possible health impacts of the smoke. 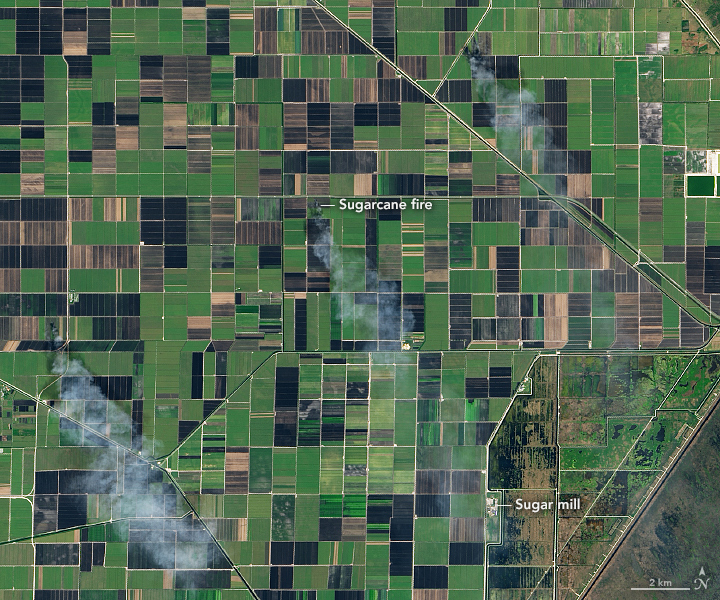 “We know that smoke from sugarcane burning is a source of particulate matter that is 2.5 microns or less in diameter (PM2.5). And we know that PM2.5 can enter the lungs and lead to increased risks of cardiovascular disease and lung cancer, while exacerbating chronic lung conditions such as asthma and chronic obstructive pulmonary disease,” said Holly Nowell, a Florida State University researcher who has been investigating effects of the fires. “With satellite images like this, we can work out how often smoke blows into small cities and towns within the sugarcane burning region, as well as toward the large coastal cities to the east.”

The fires are known to release several different gases and particles, some of which could have consequences for health. In one study, a Florida International University researcher found that sugarcane fires in Belle Glade elevated levels of polycyclic aromatic hydrocarbons (PAHs) in the air as much as 15 times the concentration during the growing season. Some PAHs are thought to be carcinogens.

The area around Lake Okeechobee is the largest sugar-producing region in the United States. It accounts for nearly all of Florida’s sugar production, and Florida produces about half of the nation's sugar crop. The U.S. is the world’s 6th largest producer of cane sugar.

Seasonal crop fires are a staple of the sugar harvest, but the smoke might have health effects. 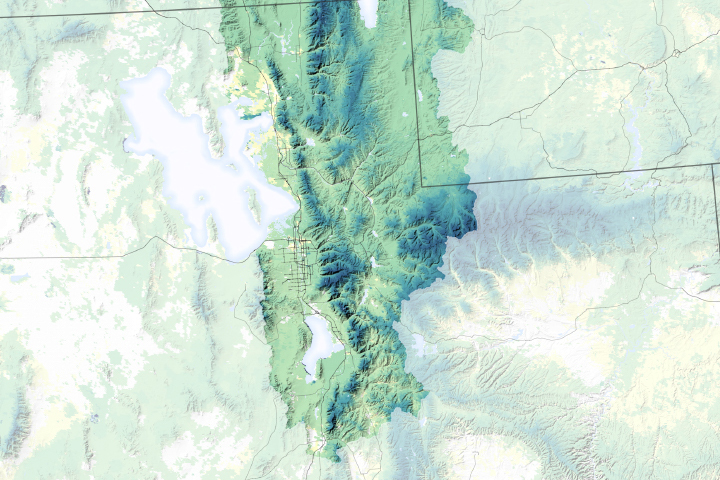 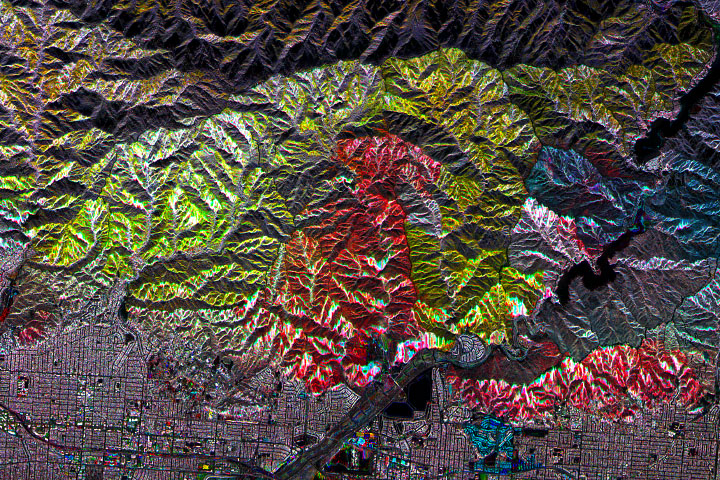