Shadows from a Solar Eclipse 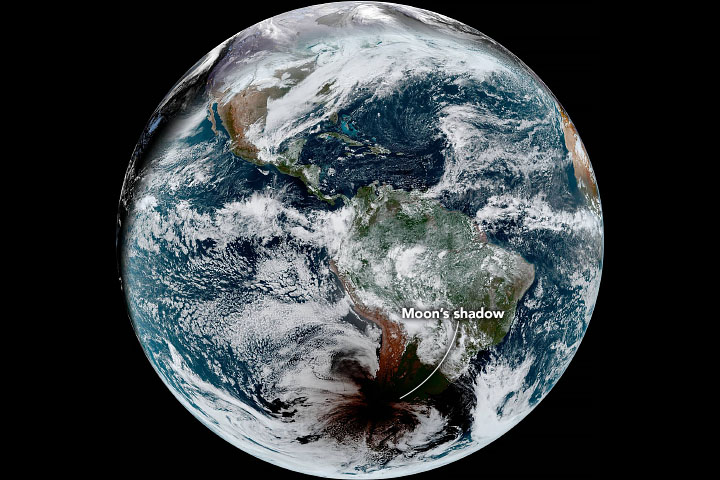 The first and only total solar eclipse of 2020 occurred on December 14, with the path of totality stretching from the equatorial Pacific to the South Atlantic and passing through southern Argentina and Chile. However, the view from above may have been better than the view most people got from the ground.

The Advanced Baseline Imager (ABI) on Geostationary Operational Environmental Satellite 16 (GOES-16) captured these images of the shadow of the Moon crossing the face of Earth. GOES-16 is operated by the National Oceanic and Atmospheric Administration (NOAA); NASA helps develop and launch the GOES series of satellites.

The shadow cast by an eclipse consists of the completely darkened umbra and the partially shadowed penumbra. For people standing within the umbra on December 14, the Moon completely blocked the disk of the Sun for about 2 minutes, and the much dimmer solar corona and its streamers became visible to the naked eye.

The “path of totality” (umbral path) for the eclipse this week was roughly 90 kilometers (60 miles) wide and passed across South America from Saavedra, Chile, to Salina del Eje, Argentina. However, meteorologist Matthew Cappucci reported that an atmospheric river event caused thick cloud cover over much of the region. 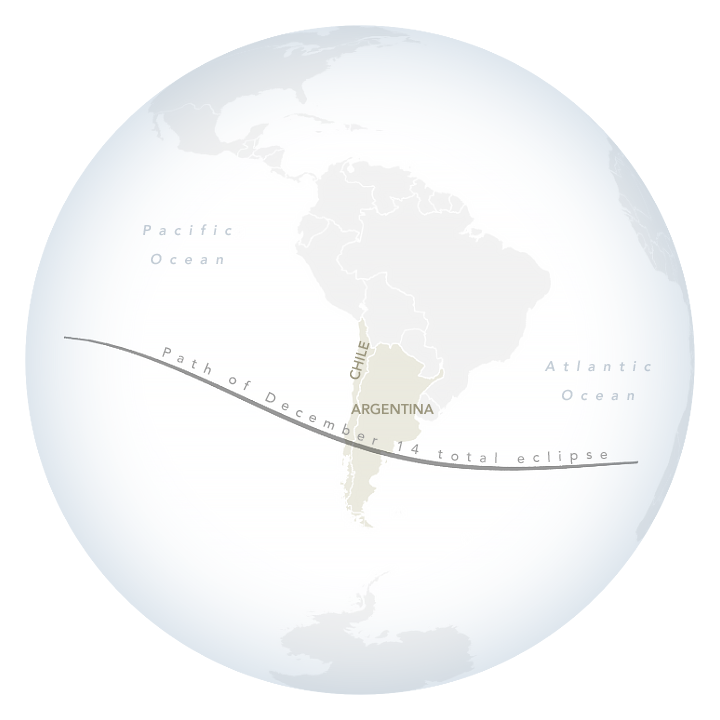 The first and only total eclipse of 2020 stretched from the equatorial Pacific to the South Atlantic, passing through southern Argentina and Chile. 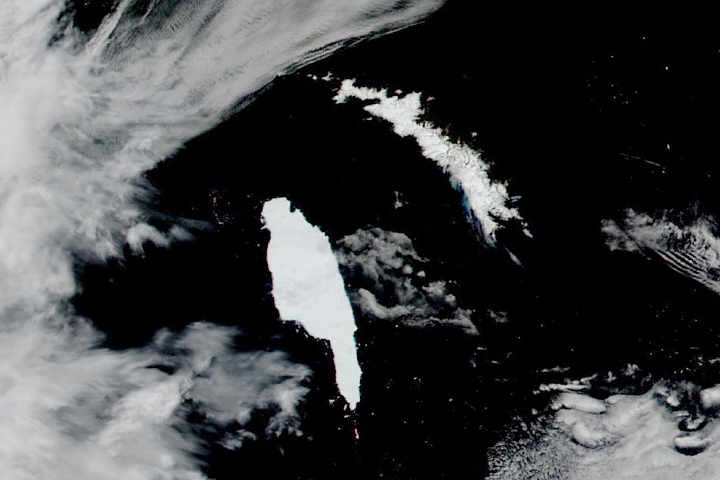 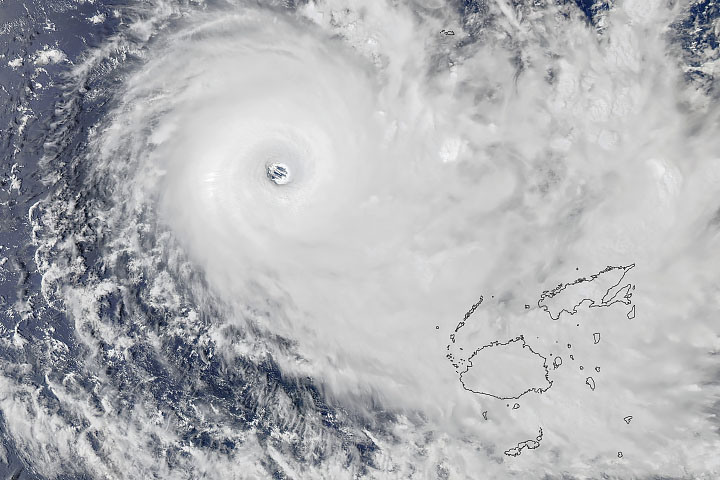