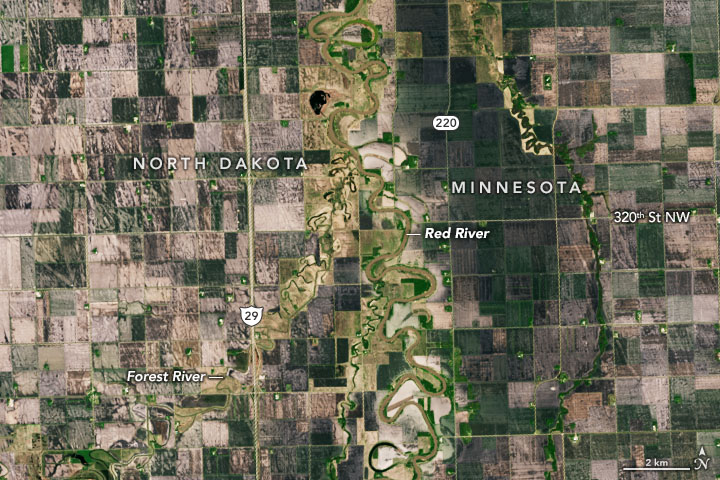 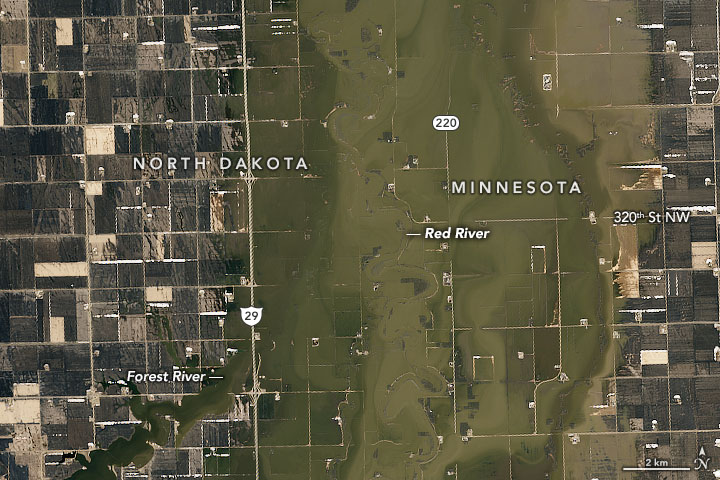 The flood-prone Red River has overtopped its banks once again. An unusually wet fall and winter, combined with spring melting and the river’s unique geography, drove the water levels up in April 2020.

On April 17, 2020, the Operational Land Imager (OLI) on Landsat 8 acquired this image of flooded farmland along the river in Marshall County, Minnesota, and Walsh County, North Dakota. At the time, a stream gauge at Drayton, North Dakota, recorded water levels of 43 feet (13 meters), just high enough to be classified as major flooding. The first image shows the same area in May 2015, when water levels were lower.

The map below highlights flooded areas using the normalized difference water index (NDWI), a tool combining observations of infrared and visible light to make it easier to distinguish between water and land. 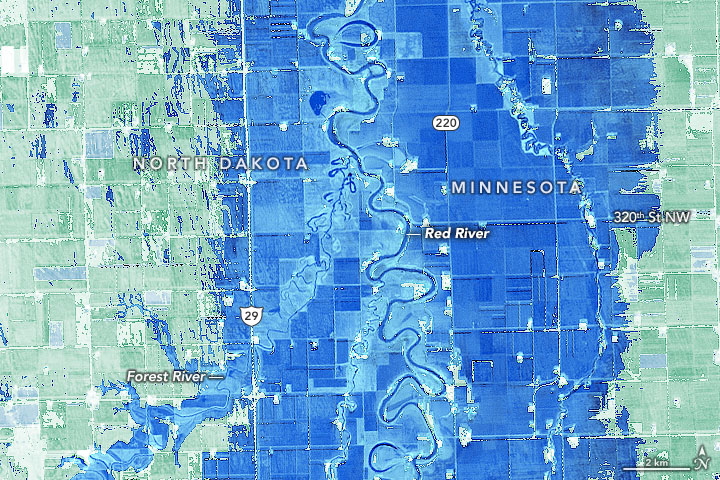 “We had record fall-winter precipitation,” explained Gregory Gust, a National Weather Service meteorologist based in Grand Forks, North Dakota. “It was only because the February-March period was the third driest on record that we managed to escape a much worse flooding scenario.”

Unique geography is a key reason that floods are common along the Red River. The river flows toward Canada's Lake Winnipeg and eventually to Hudson Bay; this means water is flowing north toward colder latitudes, where ice jams tend to back up the flow in the spring. The river also flows over extremely flat terrain that used to be the bottom of glacial Lake Agassiz. The low grade means it can take months for floods to subside, and it is common for runoff from one season to carryover to another season, as happened in this case.

Since 1993, the region has been in the midst of what Gust called a protracted wet cycle in which the Red River basin has seen more rain and snow and larger floods than it did during any period in the 1900s. As waters have risen, people living along the river have adapted. “All the communities along Red River have permanent flood protection, which includes levees, flood walls, and diversion channels,” explained Gust. “And numerous rural homesteads have been pulled out of the floodplain or have built substantial protective levees of their own.” 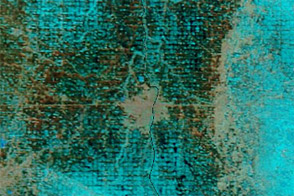