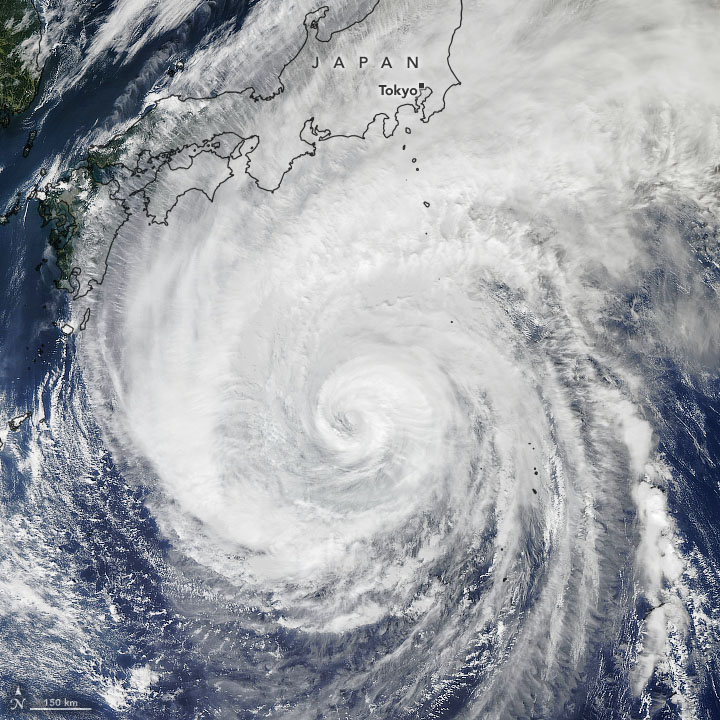 Since its wicked-fast intensification earlier in the week from tropical storm to category 5 storm, Typhoon Hagibis has been spinning toward the north-northwest over the western Pacific Ocean. This image, acquired on October 11, 2019, by the Moderate Resolution Imaging Spectroradiometer (MODIS) on NASA’s Aqua satellite, shows the typhoon as its outer cloud bands neared Japan.

At the time (1:05 p.m. Japan Standard Time), sustained winds were 210 kilometers (130 miles) per hour. That made it a category 4 storm on the Saffir-Simpson wind scale. Also impressive was the size of the storm, which according to news reports spanned 1,400 kilometers. For comparison, Honshu—Japan’s largest and most populated island—is about 1,300 kilometers long.

According to Patrick Duran of NASA’s Short-term Prediction Research and Transition Center (SPoRT) team at Marshall Space Flight Center, the storm was not always so wide. On October 8, Hagibis was rapidly intensifying, so its eye was much smaller too. Duran noted that such tiny “pin-hole” eyes are usually seen in very intense tropical cyclones.

“The most unique thing about this typhoon is how rapidly it intensified to super typhoon strength early in its life,” Duran said. “We don’t have enough observations of typhoons to know how common such a rapid intensification event actually is, but we do know that this is one of the most rapid intensifications we have observed.”

The next day, the storm’s rapid intensification was interrupted by an “eyewall replacement cycle,” in which a new outer eye replaced the original inner eye. As the new eyewall weakens the old eyewall, intensification usually slows down. “Even though the eyewall replacement cycle decreased the storm’s maximum wind speed, it also caused the winds to spread out over a larger area,” Duran said. “That means that a broader region could experience destructive winds as the storm approaches land.”

Forecasts call for Hagibis to make landfall near the central part of Honshu over the weekend and then spin northeast up the island. The Japan Meteorological Agency warned of heavy rain, high waves, and storm surge in some coastal areas. Transportation has already been affected as flights were canceled and train service suspended.

Even after Hagibis moves away from land and people, scientists will likely continue to study the storm to learn more about its evolution. For example, they already noticed interesting behavior during the eyewall replacement cycle, in which the old eyewall was orbiting around the inner boundary of the new eyewall.

“This phenomenon has been seen in some previous storms, but it’s a beautiful example of how complex the physics of eyewall replacements are,” Duran said. “Understanding how these processes work is a very important part of improving tropical cyclone intensity forecasting.”

A broad region could experience destructive winds as the typhoon approaches land. 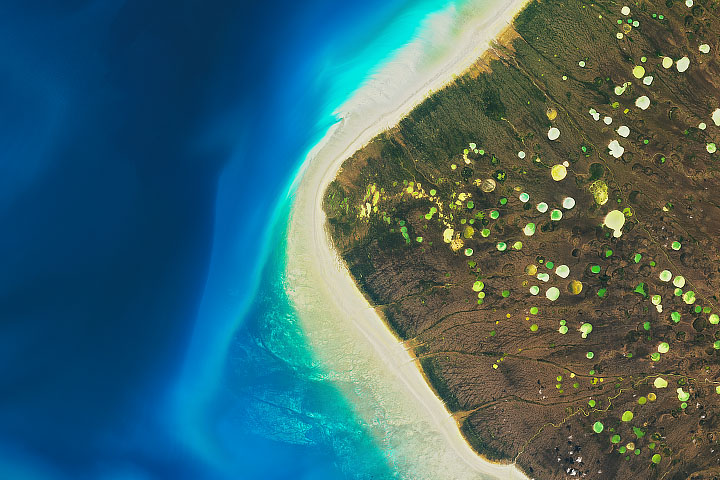 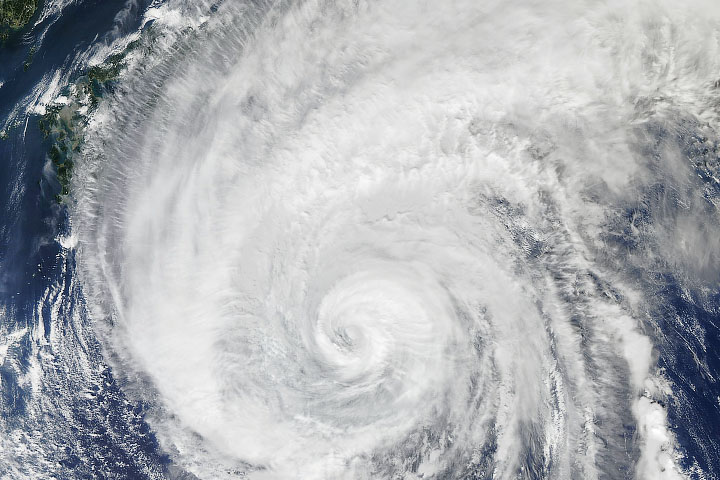