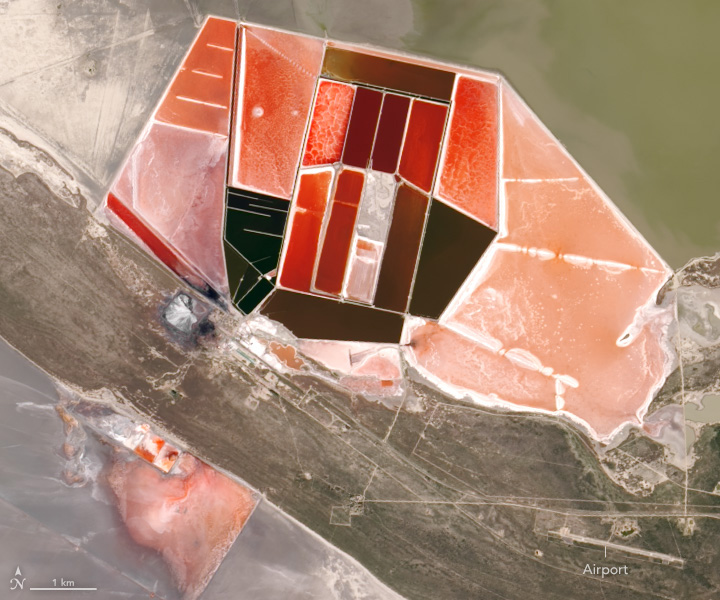 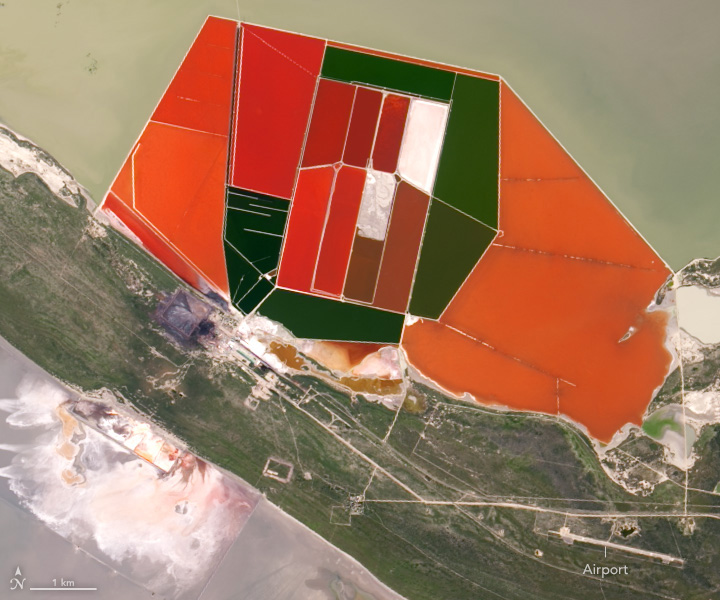 Today’s Image of the Day is the answer to the June puzzler.

About 2 million years ago, the Kalahari Desert in northern Botswana was home to one of the largest inland seas in the world. With no natural outflow, salts slowly accumulated in low-lying areas of the lake.

Then about 10,000 years ago, water levels began to dwindle—partly because the lake overflowed into surrounding valleys, partly because of a drier climate. As the lake dried up, a series of salt pans was left behind, spanning 30,000 kilometers squared (10,000 miles squared). Today Makgadikgadi Pan, roughly the size of Belgium, is one of the largest salt flats in the world.

In one corner of the Makgadikgadi Pan lies a network of vivid red, orange, and green rectangles. These pools are human-built ponds designed to extract salts from water. The ponds are filled with a thin layer of brackish water from rivers draining from as far away as central Angola; the water evaporates in warm sunlight and leaves salts and minerals behind. This modern procedure is similar to the natural process that created the Makgadikgadi Pan, except on an accelerated time scale. These ponds are major producers of soda ash (sodium carbonate), which is used in making glass, in metallurgy, in the detergent industry, and in chemical manufacture.

The images above show the artificial salt ponds at different times of the year, with varying colors and brightness. The images were acquired on January 9, 2018 (left) and April 15, 2018 (right), by the Operational Land Imager (OLI) on Landsat 8.

The varying colors are caused by microorganisms living in the evaporation ponds. The level of salinity determines the type of organism. Red algae indicate that the salinity of the evaporating water is medium to high. Green algae tend to grow in low salinity water. The wet season usually starts in November, and the ponds usually hold water and algae until April or May. 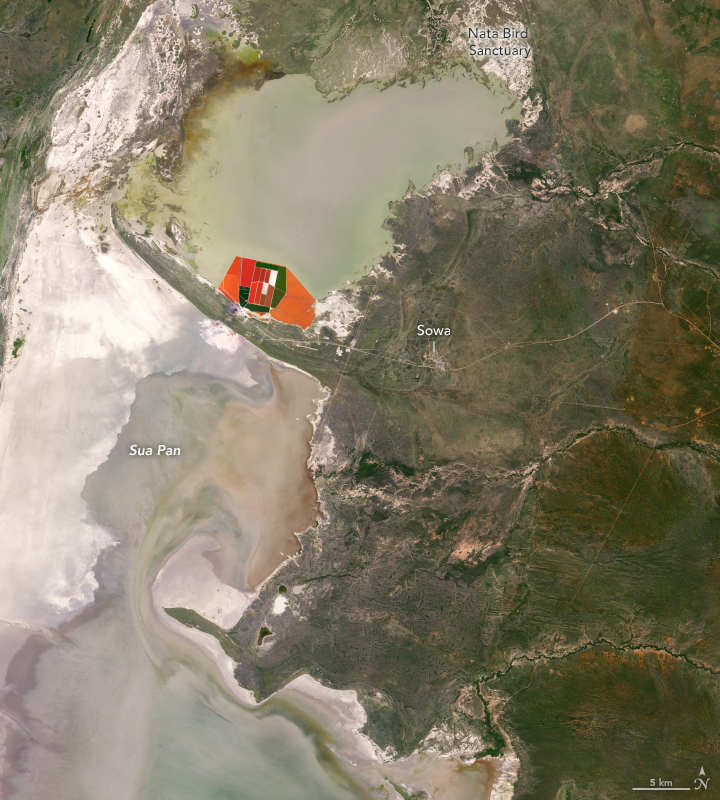 The third image shows a wider view of Makgadikgadi Pan in April 2018. The artificial salt ponds are juxtaposed with the white natural pan, Sua Pan, one of three large natural pans in Makgadikgadi.