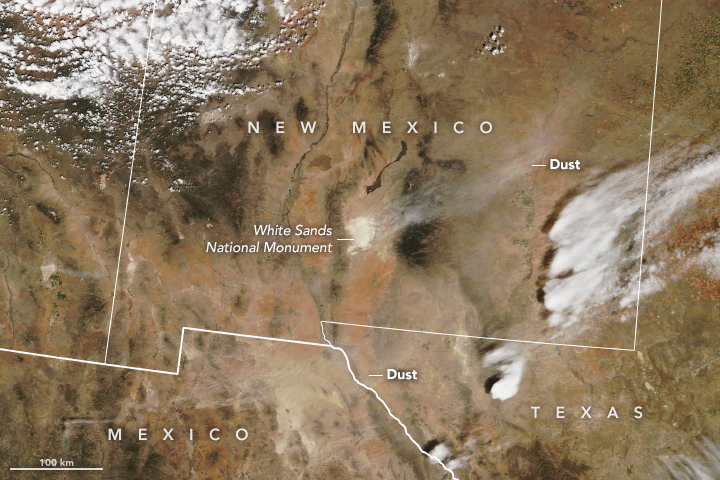 The natural-color image above was acquired on April 10, 2019, by the Moderate Resolution Imaging Spectroradiometer (MODIS) on NASA’s Aqua satellite. The map below shows the concentration of aerosols, including dust, over the region during the time of the storm. The aerosol measurements were recorded by the Ozone Mapping and Profiler Suite (OMPS) on the Suomi NPP satellite. 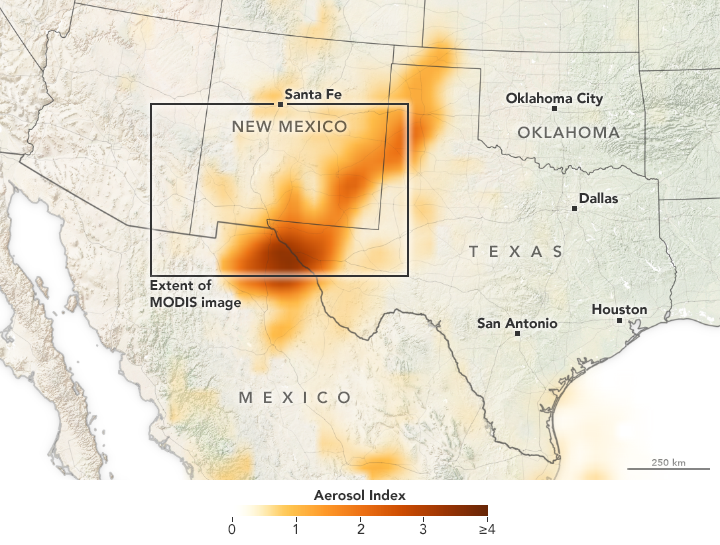 The dust storm was caused by a low-pressure weather system that generated winds exceeding 70 miles (110 kilometers) per hour. Winds were strongest in southeastern New Mexico, where they were reported at 102 miles (164 kilometers) per hour by the National Weather Service.

Winds lofted dust from several sources around the region, including the gypsum dune field at New Mexico’s White Sands National Monument; the Lordsburg Playa near the I-10 corridor in southwest New Mexico; and from the Chihuahuan desert in Mexico. Wind storms carried some dust as far the upper Midwest, tinting some snow tan in Minnesota. 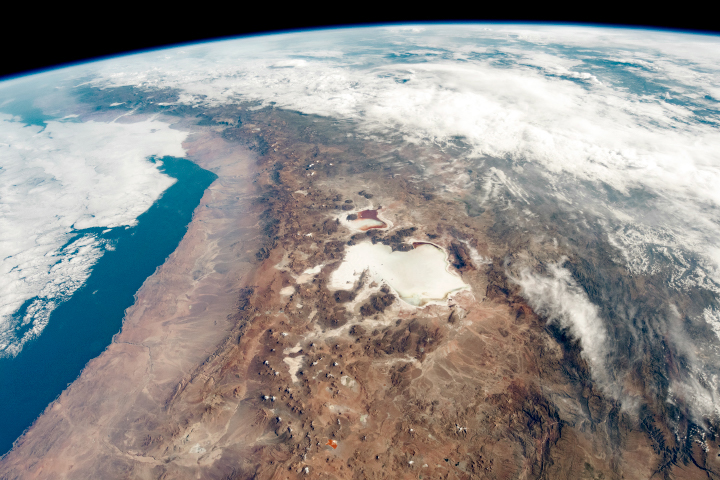 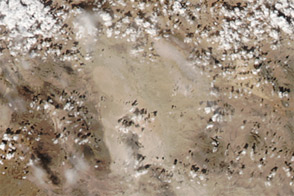 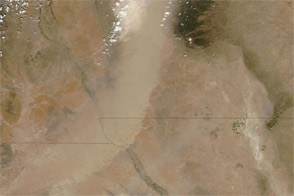