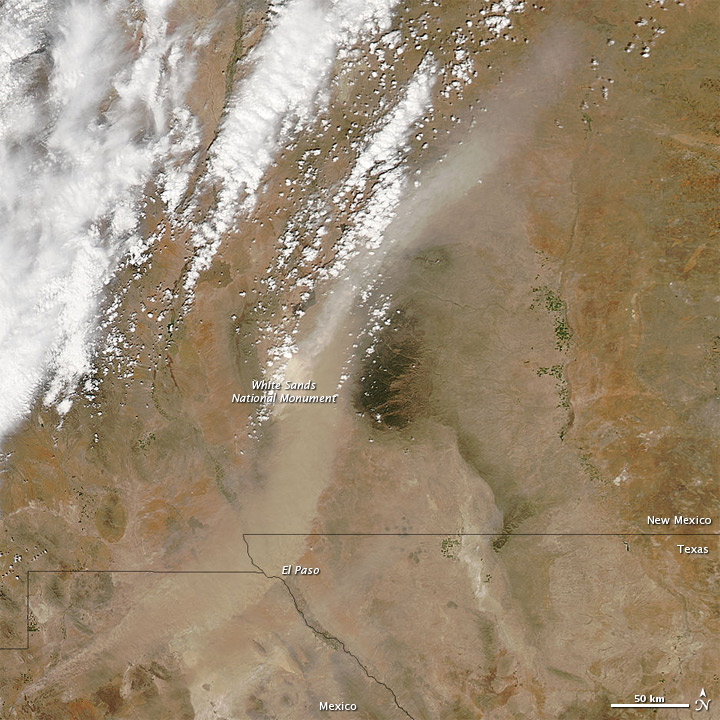 Arising from source points in the southwest (image lower left), the dust blew toward the northeast. Thick dust obscured El Paso, Texas, from the satellite sensor’s view. Over White Sands National Monument, the storm picked up additional sediments, discernible in the plume by their relatively light color.

On the evening of April 14, a Pacific-type cold front moved into the same region, and nighttime thunderstorms followed the dust, the National Weather Service reported. The line of thunderstorms subsequently traveled eastward through the early morning of April 15.