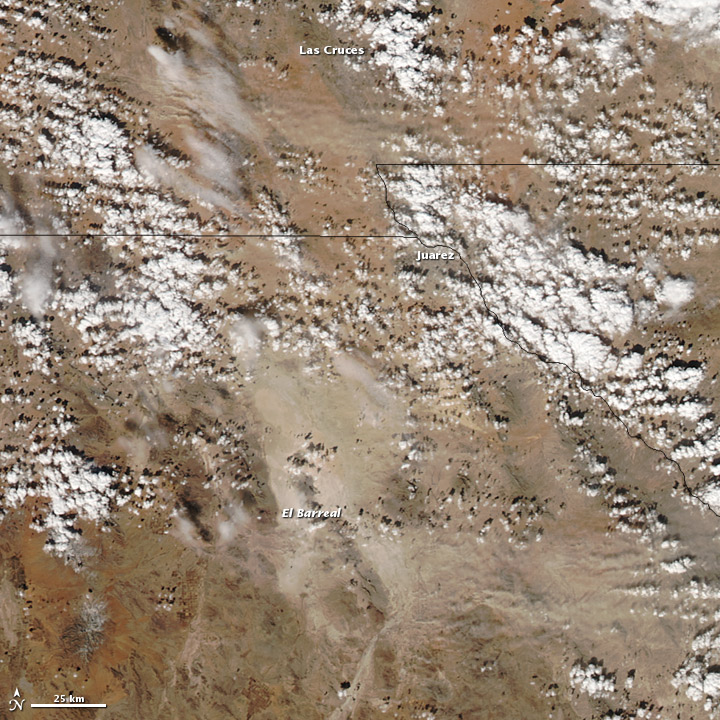 The dust was thickest over El Barreal, an impermanent lake in northern Mexico. Fine sediments from that lake bed likely comprised the dust particles in the storm. The winds that stirred the dust apparently affected the surrounding region; the same day that MODIS acquired this image, weather reports from Las Cruces, New Mexico, described gusty winds and hazy conditions caused by blowing dust.

Acquired December 20, 2010, this natural-color image shows a dust storm blowing from northern Mexico across the borders of New Mexico and Texas.