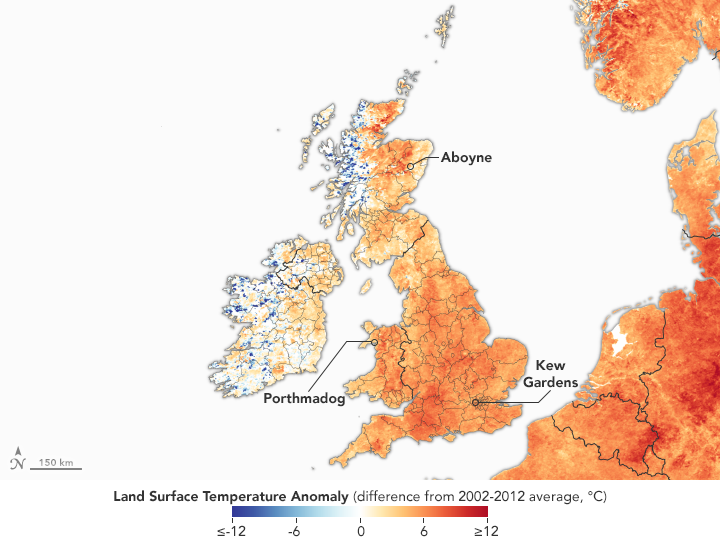 Unseasonably warm temperatures swept across the United Kingdom and much of Europe in February 2019. The month started with snow and freezing temperatures in the United Kingdom, but provisional statistics from the UK Met Office indicate February 2019 was the second warmest February on record for the country. England, Scotland, and Wales all recorded their warmest meteorological winter days and hottest February days since record-keeping began in 1910.

The maps on this page show land surface temperature anomalies for February 11-25, 2019. Reds and oranges depict areas that were hotter than average for the same two-week period from 2000-2012; blues were colder than average. White pixels were normal, and gray pixels did not have enough data, most likely due to excessive cloud cover. This temperature anomaly map is based on data from the Moderate Resolution Imaging Spectroradiometer (MODIS) on NASA’s Terra satellite. 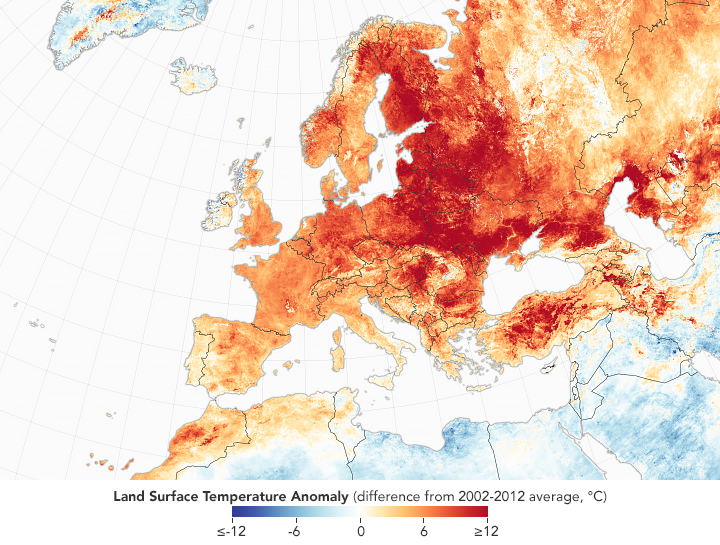 The high temperatures were the product of a large area of high pressure that stalled and trapped warm air over Europe. The clear, dry conditions allowed more sunshine to warm the ground. (February 2019 was the second sunniest on record for the United Kingdom as a whole.) The high-pressure system also drew in warm air from the North Atlantic near the Canary Islands.

While the UK was experiencing record-breaking warmth, increased temperatures spread across central and eastern Europe—so much that spring barley harvesting may start early. Forecasters say the weather over central Europe will be warmer and drier-than-normal through May. 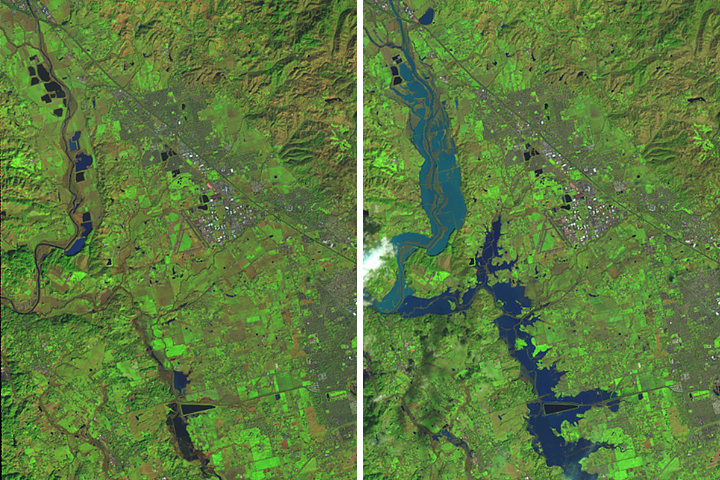