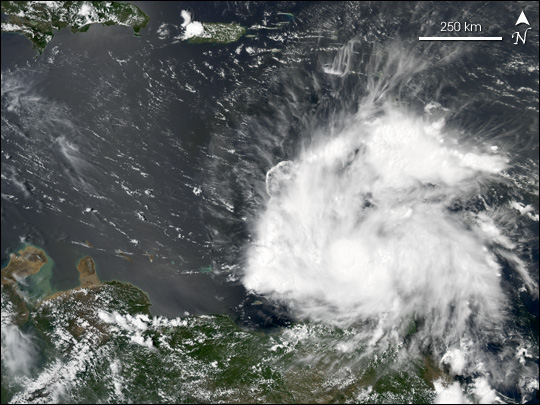 The MODIS instrument aboard NASA's Aqua satellite captured this true-color image of Tropical Storm Earl on August 15, 2004 at 17:50 UTC. At the time this image was taken Earl had maximum sustained winds of 45 mph with slightly higher gusts. Earl was moving towards the west at a brisk 28 mph. Soon after this image was acquired, Earl began dissipating and was declared a tropical wave on August 16 at 15:00 UTC.