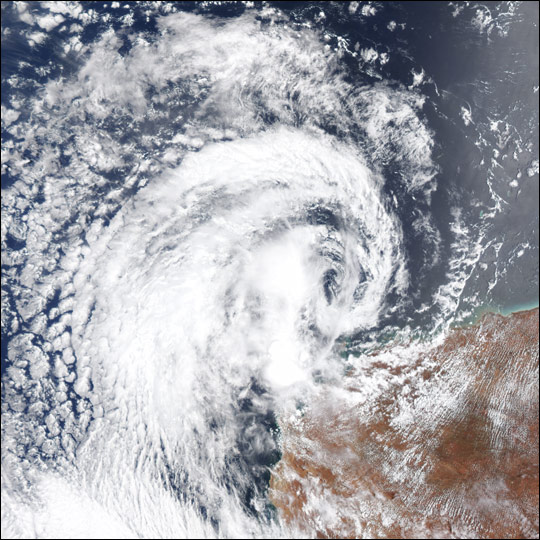 Cyclone Ken, seen approaching Australia’s northwestern coast in this Moderate Resolution Imaging Spectroradiometer (MODIS) image, is Western Australia’s first tropical cyclone of the season. The weak, category-one storm was not expected to make landfall, though the Australian Weather Bureau warned coastal residents of severe weather. The storm formed on January 1, 2004. By the time this image was taken on January 5, at 10:30 AM local time (2:30 UTC), Ken’s winds reached 40 miles per hour, with gusts up to 52 miles per hour. The storm weakened later in the day.

The high resolution image provided above is at MODIS’ maximum resolution of 250 meters per pixel.