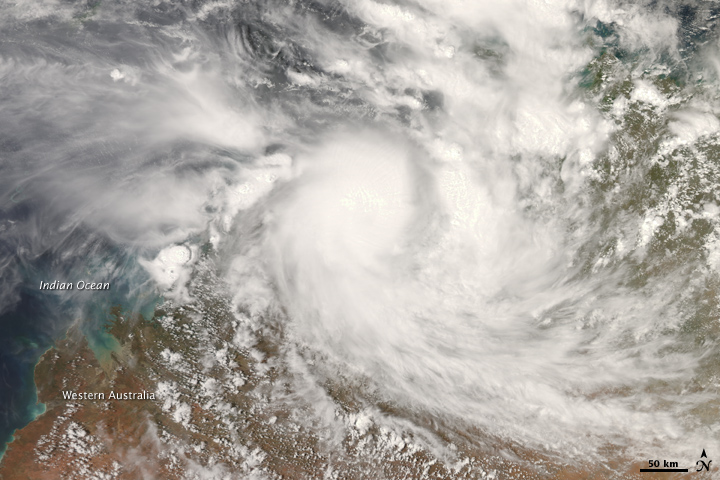 On December 19, 2008, Tropical Cyclone Billy made landfall in Western Australia as a Category 2 storm. The Moderate Resolution Imaging Spectroradiometer (MODIS) on NASA’s Aqua satellite captured this image the same day. In this image, the cyclone obscures much of Australia’s coastline along the Indian Ocean, with especially thick clouds in the northeast.

On December 23, 2008, the Australian Government Bureau of Meteorology issued a cyclone warning for coastal and island communities from Kuri Bay to Wallal and a cyclone watch for coastal areas from Wallal to Roebourne. 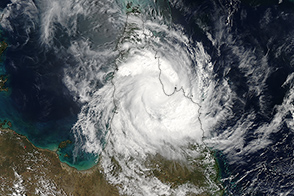 At the time of this image, Nathan was passing over Cape York peninsula.