Mouth of the Amazon 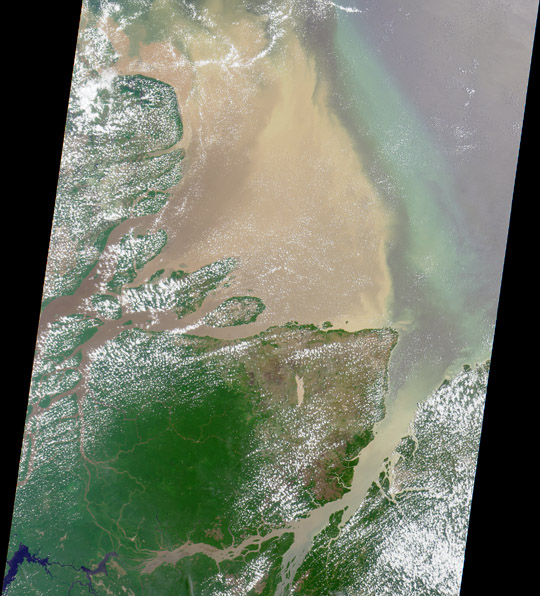 Flowing more than 6,450 kilometers (4,000 miles) eastward across Brazil, the Amazon River originates in the Peruvian Andes as tiny mountain streams that eventually combine to form one of the world's mightiest rivers. This image of the Amazon's mouth was captured by MISR's vertical-viewing (nadir) camera on September 8, 2000, during Terra orbit 3862. The image is approximately 380 kilometers (235 miles) in width.

While the Amazon is surpassed in length by the Nile, it carries the largest volume of freshwater in the world, accounting for nearly 20 percent of the Earth's discharge into the oceans. Millions of cubic feet of water empty into the Atlantic every second, and the effluent is transported across very large distances from shore. 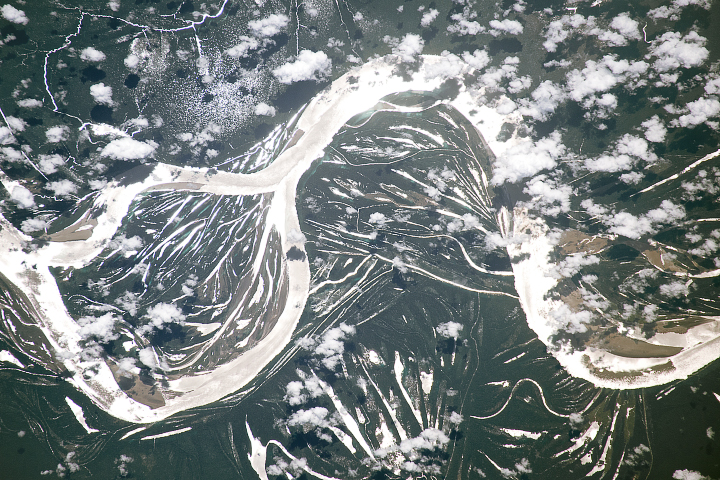 Plymouth, Mass. from Landsat and MISR