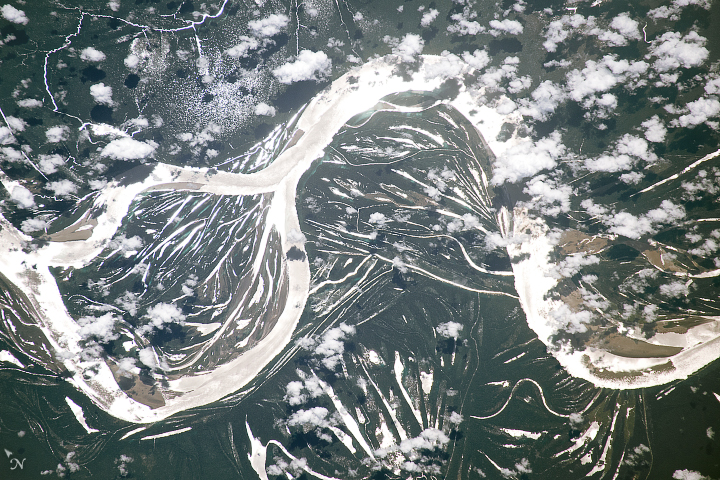 An astronaut aboard the International Space Station (ISS) focused a camera on the brilliant reflection of sunlight —sunglint—on three sweeping meanders of the Amazon River. The numerous thinner lines show the many remnants of prior channels of this highly mobile river. The reflected sunlight even shows numerous ponds (top left) in this very rainy part of the world. These ponds are usually not visible due to the dense forest cover in central Amazonia.

The Amazon River is the largest by water volume and sediment discharge in the world. The scale of the meanders here are immense compared with other large rivers. The amplitude from the top of the meander to the lower curves of the neighboring meanders is 18 kilometers (11 miles). Average meander amplitudes on the Mississippi River near New Orleans measure 6 kilometers (4 miles).

And the meander amplitude is increasing along this stretch of the river. Images from the late 1960s show the meanders as less winding. Since then, the loops have expanded, eroding the outside edges. Measurements taken from a 1969 photo and from this one show erosion has pushed the outer banks out by more than 1.2 kilometers (0.75 miles), while depositing new sediment on the inside of the meander loops.

Astronaut photograph ISS052-E-39523 was acquired on August 9, 2017, with a Nikon D4 digital camera using a 500 millimeter lens and is provided by the ISS Crew Earth Observations Facility and the Earth Science and Remote Sensing Unit, Johnson Space Center. The image was taken by a member of the Expedition 52 crew. The image has been cropped and enhanced to improve contrast, and lens artifacts have been removed. The International Space Station Program supports the laboratory as part of the ISS National Lab to help astronauts take pictures of Earth that will be of the greatest value to scientists and the public, and to make those images freely available on the Internet. Additional images taken by astronauts and cosmonauts can be viewed at the NASA/JSC Gateway to Astronaut Photography of Earth. Caption by M. Justin Wilkinson, Texas State University, and David Bretz, Barrios Technology, JETS Contract at NASA-JSC. 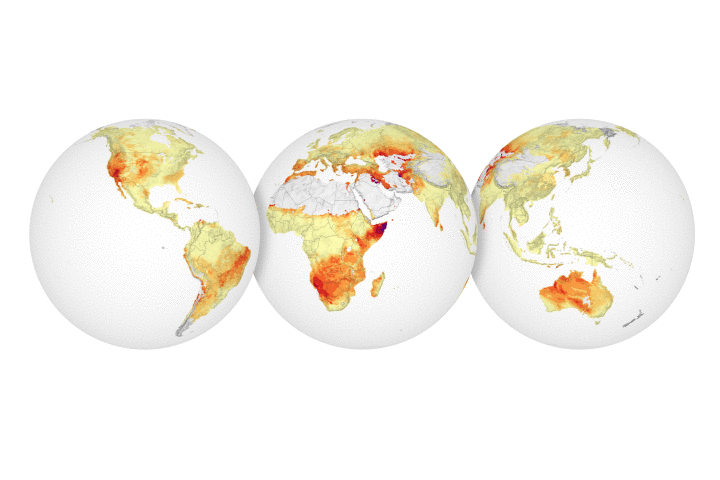