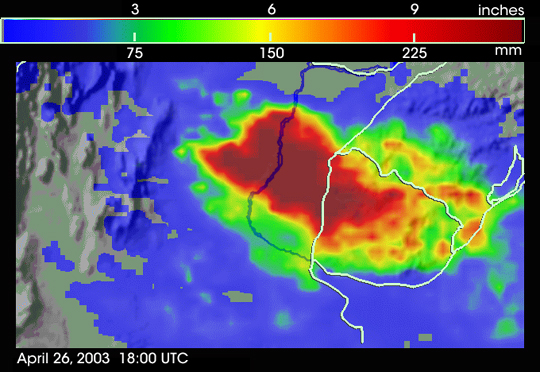 This image obtained from the TRMM-based multisatellite rainfall estimation technique shows an isolated but very intense region of rainfall centered on the Parana River in Argentina, in the Sante Fe province. All of the rain accumulated during two intense episodes of thunderstorms on April 24-26. At least nine people have died in the resulting flooding and 100,000 have been evacuated.