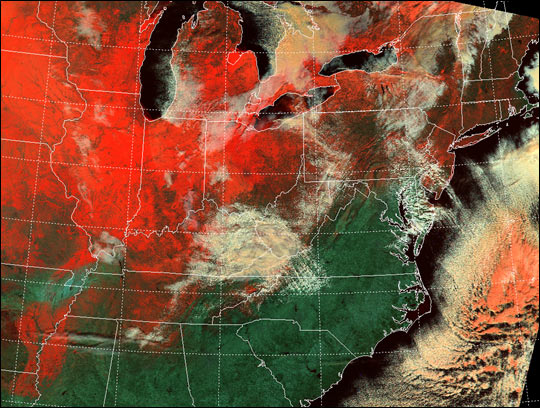 This false-color image shows the current extent of snow cover over the north-central and northeastern United States. This scene was acquired on January 2, 2001, by the Moderate-resolution Imaging Spectroradiometer (MODIS), flying aboard NASA's Terra spacecraft, and processed by the University of Wisconsin-Madison's MODIS direct broadcast receiving facility.

In this false-color image, land surfaces are green, water surfaces are black, snow cover is red, and clouds are white. Those clouds that contain a significant fraction of ice particles appear pinkish.