This time-lapse animation shows the merging of two storm fronts into a potent blizzard in February 2013. 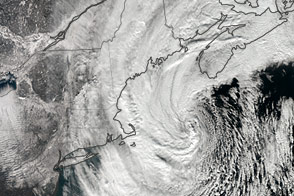 A record-setting snow storm buried the U.S. northeast in over two feet of snow.