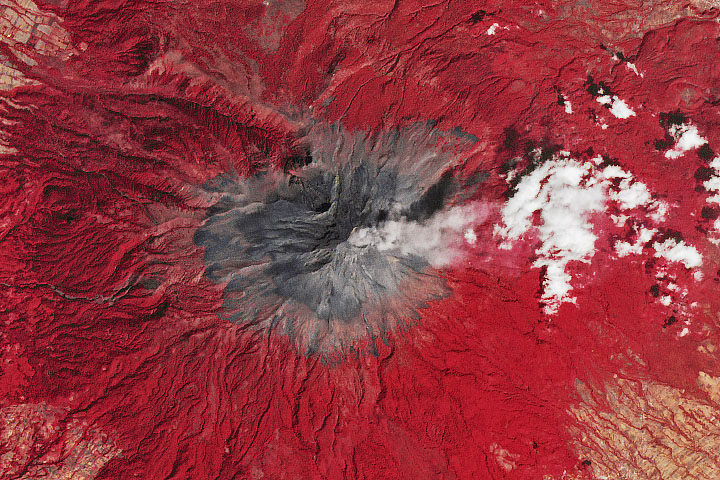 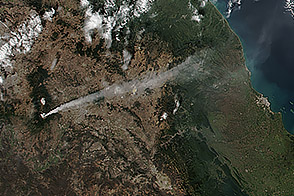 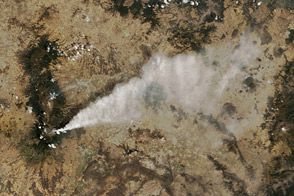 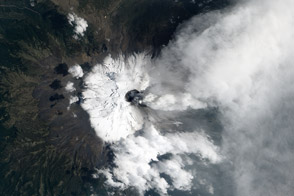 Satellite images show a volcanic plume spreading from one of Mexico’s most active volcanoes. 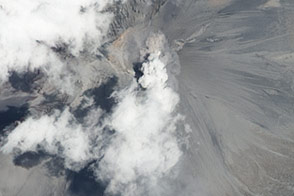 Authorities in Mexico keep a wary eye on the “smoking mountain.’ 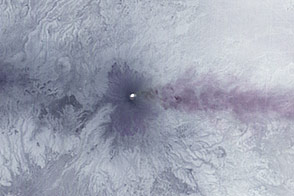 The ASTER instrument offers a view of the volcano’s heat even in the dark. 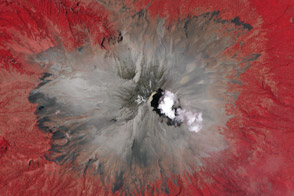 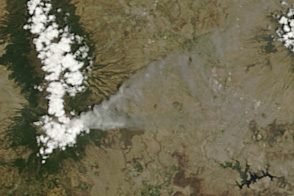 The towering Popocatépetl volcano was emitting a faint plume of steam and gas on January 4, 2011, when this photo-like image was taken.

Steam and gas over the summit of Popocatépetl Volcano, Mexico.