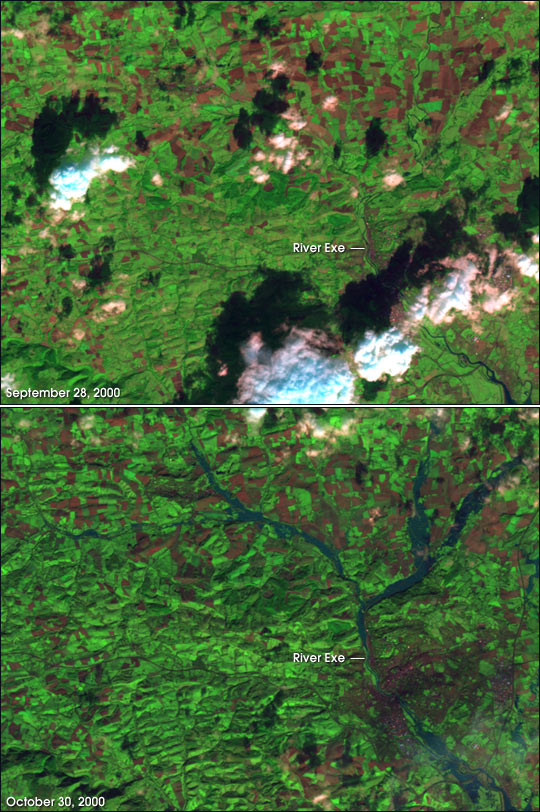 Rain continues to fall in the United Kingdom, bringing more water to an already water-logged landscape. Some rivers there are experiencing their worst flooding in more than 50 years. Of particular note, Britain's River Ouse reached its highest levels on record since 1625.

Thousands of people have been evacuated from their homes since October 30, when a large low-pressure system brought torrential rains and hurricane-force winds, placing regions around more than 40 rivers across the country on flood alert. Since then, the rains have persisted, keeping water levels high and causing additional rivers to overrun their banks. In all, at least 12 people have been killed and more than 5,000 properties flooded. Some officials estimate damages could reach 500 million pounds (roughly $715 million).

These Landsat 7 scenes show a comparison of the region surrounding Exeter, England, before and after the floods. The top image was acquired September 28 and the bottom image was acquired October 30, 2000. Note the extensive flooding along the River Exe in the bottom image (blue pixels). The light bluish-white pixels in the top image are clouds, and the black splotches on the landscape are the clouds' shadows. The reddish-brown shapes are agricultural fields.