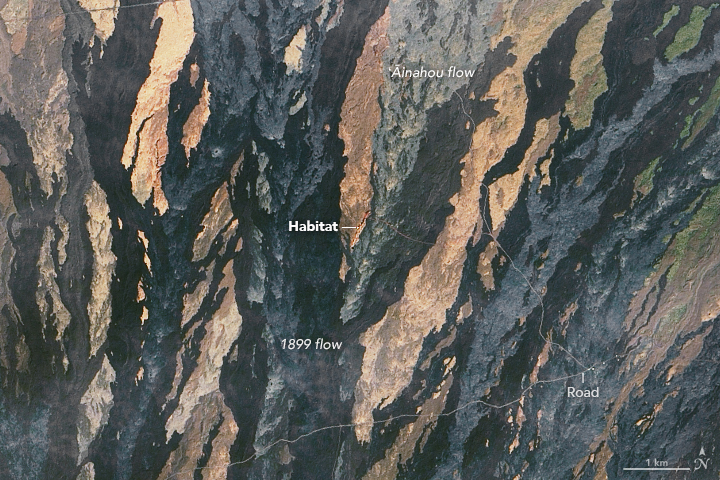 If you were on Mars—or on a volcano in Hawaii—cooped up in a small geodesic habitat with five coworkers for several months, there is a good chance you would jump at the opportunity to get outside and explore. That is one of the lessons of Hawai’i Space Exploration Analog and Simulation (HI-SEAS), a long-duration mission designed to help mission planners understand what astronauts living for long periods in cramped quarters on Mars would need to thrive.

The habitat sits on the northern slope of Mauna Loa, Hawaii’s largest volcano. Perched about 8,000 feet (2,400 meters) above sea level at an abandoned quarry site, it is located in a barren area with almost no vegetation and spectacular views of overlapping lava flows of various shades of black, brown, red, and orange.

The site was chosen based on its relative remoteness and its similarities to terrain on Mars. The red planet has large, gently sloping shield volcanoes with exposed lava flows that are geologic cousins to Mauna Loa. The image above, captured by the Operational Land Imager (OLI) on Landsat 8, shows the habitat nestled amid fields of contrasting lava flows. The youngest flows are dark black; older, more weathered flows are shades of gray, brown, and red. 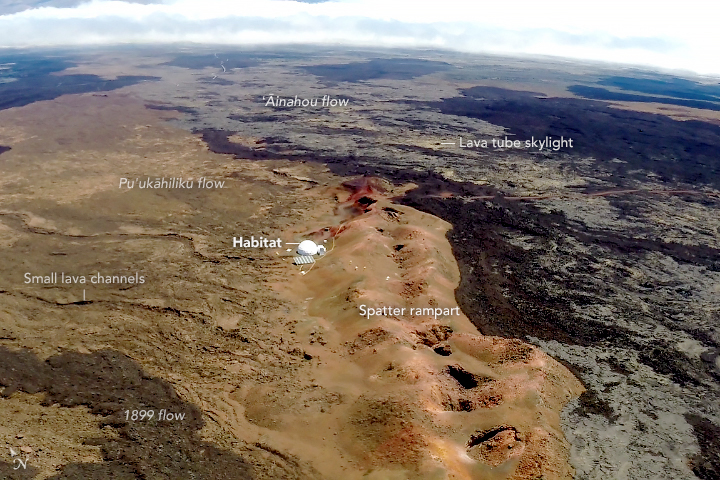 The second image is a photograph taken from a drone operated by HI-SEAS participant Andrzej Stewart. The low ridge next to the habitat is a spatter rampart, a feature that formed along the eruptive fissure as blobs of lava flew out, piled up, and cooled. A lava tube skylight appears as a dark spot northeast of the spatter rampart. Lava tubes are underground conduits where lava flowed after the surface crusted over. Occasionally, the top of a lava tube collapses, leaving a skylight.

The habitat sits on the Pu‘ukāhilikū flow, which erupted about 1,800 years ago. That makes it significantly older than the nearby ‘Āinahou flow, which formed 450 years ago. The youngest flow near the habitat—one of the darkest in the image—erupted in 1899. Since water has had more time to weather the surface of the Pu‘ukāhilikū flow, a layer of soil has built up on its surface—enough to support some scrubby vegetation and even trees a few kilometers northeast of the habitat. 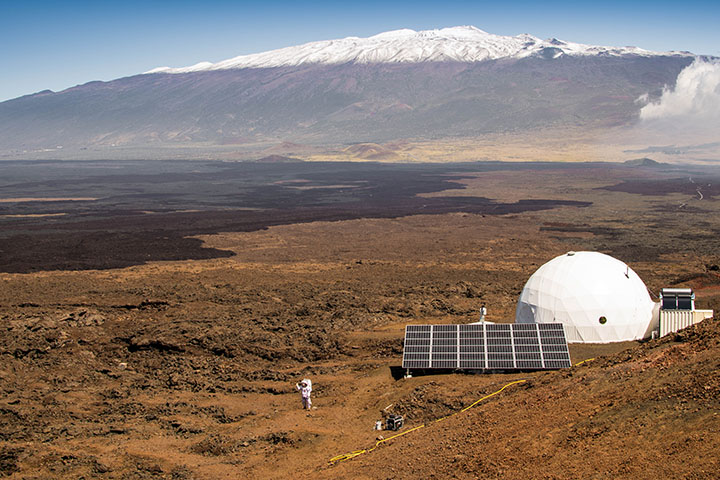 Since 2013, six crews of six people have taken up residence in the semi-portable, two-floor dome. The structure doesn’t offer much elbow room. With a diameter of 36 feet (10 meters), the ground floor has just 878 square feet (81 square meters) of usable space, about the size of a one-bedroom apartment in New York City.

During missions that ranged from four months to one year, HI-SEAS crews relied mostly on each other. Reading the news or communicating with mission support, friends, or family was possible, but only over email with a 40-minute delay. Leaving the habitat involved donning a heavy mock space suit and waiting 5 minutes in an “airlock” to simulate the depressurization process.

Nevertheless, HI-SEAS participants regularly headed out for geological forays to simulate the scientific work that would happen during a Mars mission. There was much to explore—a spectacular landscape of expansive lava flows, caves, and gnarled outcrops of spattered igneous rock. 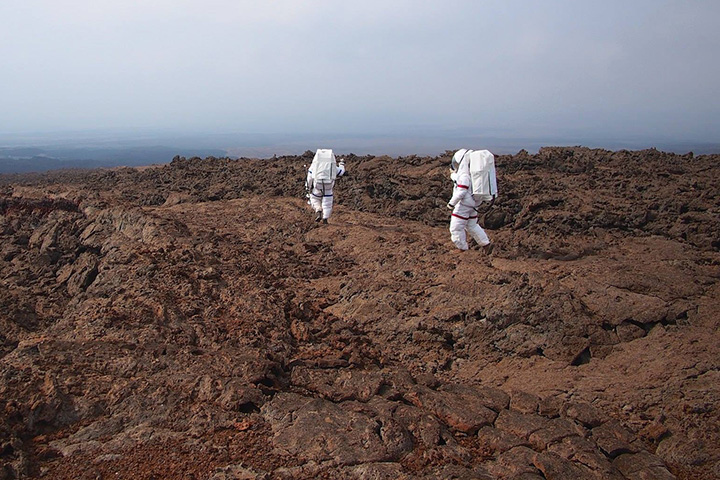 The caves were a particularly tantalizing destination. In an article for Scientific American, HI-SEAS participant Christiane Heinicke noted her crew explored more than 100 caves. In a blog post, she detailed the exhilaration that came from exploring remarkable finger-shaped rock formations found in one particular cave.

“We have measured the cave, examined the rock more closely, and found a suitable shelter for a possible evacuation from the hab,” she wrote. “On Mars this kind of lava tube is hoped to provide shelter to astronauts from the harmful space radiation, either as permanent settlement or as emergency shelter during a solar storm.”

Caves offer a degree of shelter for other forms of life as well. “Lava tubes are among the places where an astrobiologist would search first for life on Mars,” she noted. “Compared [to] the barren surface landscape around us, our lava tube is full of life.” 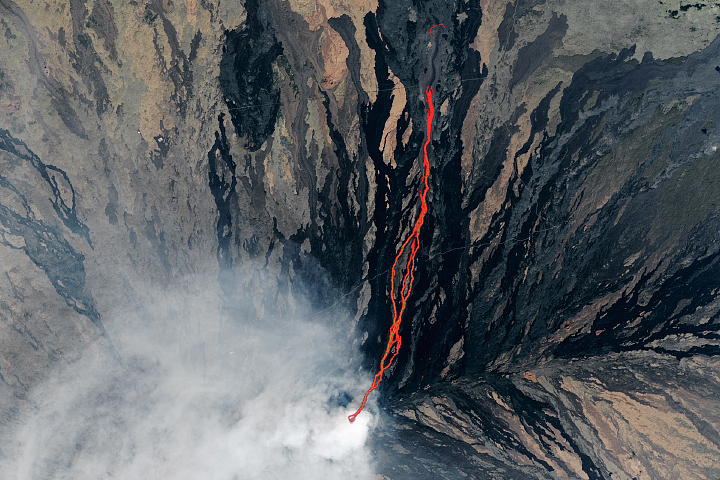 A small research station in Hawaii where analog astronauts simulate living and working on the Moon or Mars is out of harm’s way after a lava flow appeared to be headed in its direction.