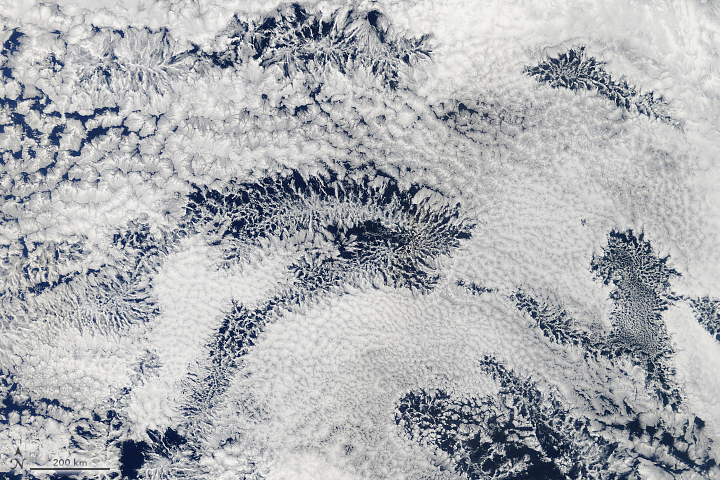 Mottled streaks of blue cut across decks of clouds in this satellite image. Open-celled clouds gave the satellite a glimpse of the blue waters of the Pacific Ocean off of the west coast of Peru. The surrounding fields of white are closed-celled clouds. The Moderate Resolution Imaging Spectroradiometer on NASA’s Terra satellite acquired the natural-color image on July 16, 2018.

The main difference between the two cloud types relates to the flow of air. Moist, warm air rises in the center of closed cells and sinks around the edges. Open-cell clouds have air sinking in the center of cells and rising along the edges. In both cases, clouds form when parcels of warm air rise, expand, and cool enough for water vapor to condense into liquid droplets.

The presence of open or closed-cell stratocumulus clouds offer clues about the distribution of precipitation. Uninterrupted decks of closed-cell clouds generally produce little to no rain, whereas open cells tend to occur as light rain begins to fall.

Decks of closed-cell clouds tend to be more stable than their open-celled counterparts. Studies of satellite imagery show that pockets of open cells tend to oscillate, forming and disappearing over a period of about three hours. In contrast, closed-cell clouds keep the same structure for more than ten hours. 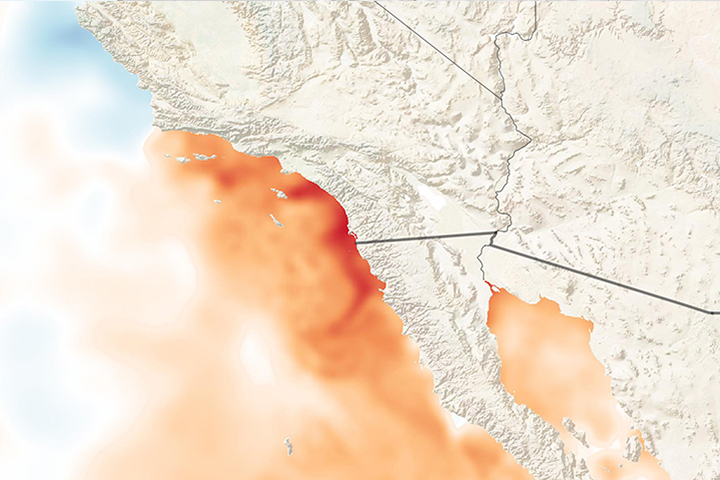