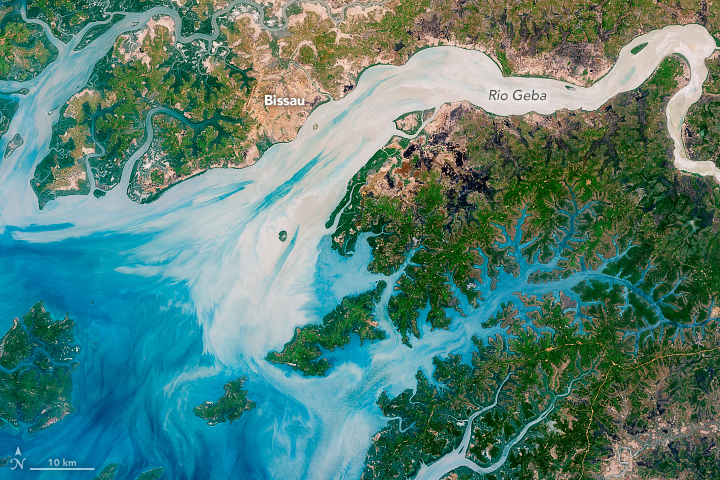 Estuaries near the coast of Guinea–Bissau branch out like a network of roots from a plant. With their long tendrils, the rivers meander through the country’s lowland plains to join the Atlantic Ocean. On the way, they carry water, nutrients, but also sediments out from the land.

This natural–color image captures the movement of the sediments as the rivers move east to west. The image was acquired on May 17, 2018, by the Operational Land Imager (OLI) on Landsat 8. The discoloration is most apparent in Rio Geba, which runs past the country’s capital city of Bissau.

The map below shows a more detailed look at how colored dissolved organic matter (CDOM) discolors the water. Organic matter—such as leaves, roots, or bark—contain pigments and chemicals that can color the water when they dissolve. Depending on the amount of dissolved particles, the water in natural–color imagery can appear blue, green, yellow, or even brown as the CDOM concentration increases. In this data visualization, the amount of CDOM is represented in yellows, greens, and blues (with blue indicating clearer water). Note the difference in water clarity as the streams flow from inland towards the ocean. 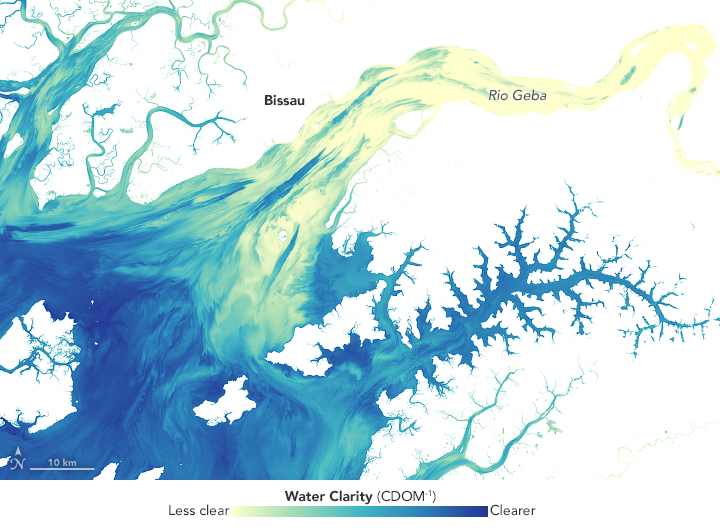 These estuaries play an important role in agriculture. This small west African country is mostly made up of flat terrain that only stands 20 to 30 meters (65 to 98 feet) above sea level. The coastal valleys flood often, especially during the rainiest part of the year (summer), and can have damaging effects on infrastructure, agriculture, and public health. But at non–devastating levels, the rains make the valleys good locations for farming, especially rice cultivation.

Much of the agricultural land is created by destroying mangroves, which acts a natural barrier between the land and the water. For instance, a lot of rice production occurs along the Rio Geba, which is surrounded by broad valleys and a low, rolling plain carved out of woodlands. As a result, coastal areas have been eroding, which is expected to worsen with rising sea levels. A few projects are focused on restoring mangrove populations, and researchers have been seeing regrowth. 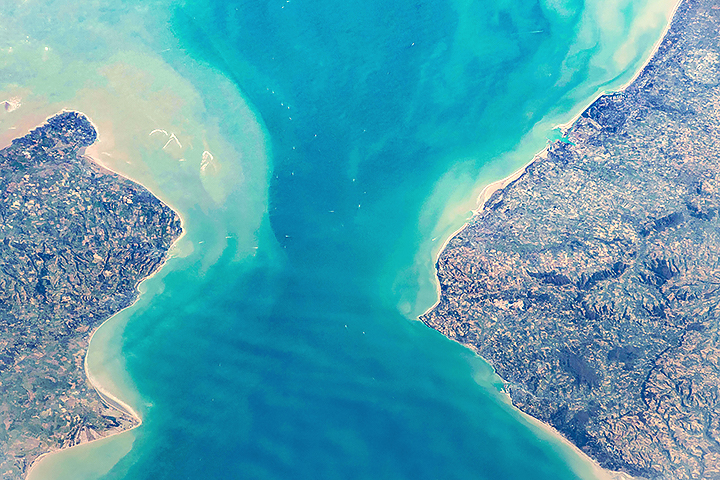