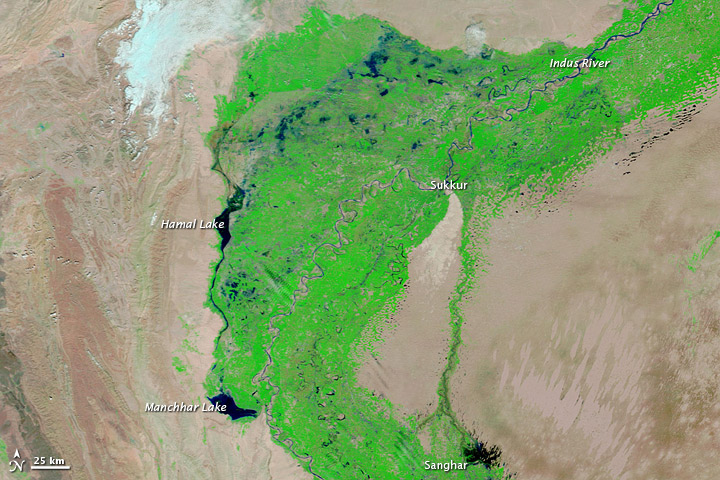 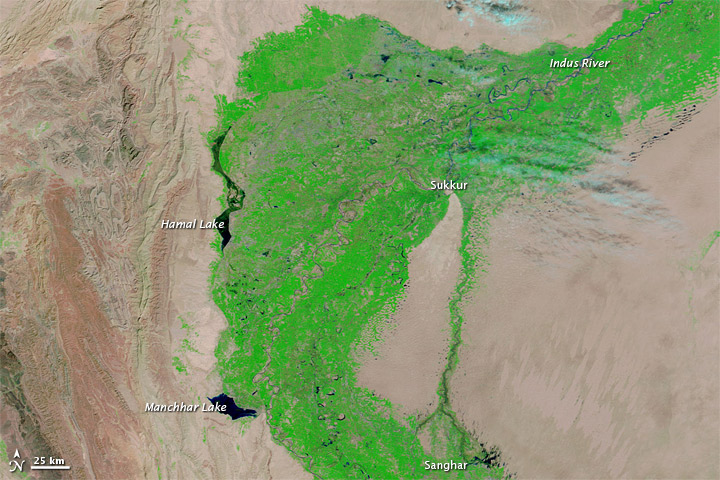 Flood waters lingered in Pakistan in late February 2011, roughly seven months after devastating monsoon rains first struck the country. Although significantly lower than in October 2010, and even December 2010, water levels were noticeably higher in February 2011 than they had been a year earlier.

Acquired by the Moderate Resolution Imaging Spectroradiometer (MODIS) on NASA’s Terra satellite, these images show part of the Indus River on February 21, 2011 (top), and February 23, 2010 (bottom). Both images use a combination of infrared and visible light to increase the contrast between water and land. Water is blue. Vegetation is bright green. Bare land appears in pink-tinged earth tones. Clouds are pale blue-green.

Roughly centered around the city of Sukkur is a large irrigation network of levees and canals designed to manage Pakistan’s typically scarce water resources. The 2010 monsoon floods overwhelmed this irrigation network in many places, and created a giant floodwater lake that terminated in Manchhar (or Manchar) Lake. By late February 2011, water levels had receded considerably, but a multitude of water pockets remained, especially northwest of Sukkur. Water levels were also much higher, compared to a year before, near the city of Sanghar.