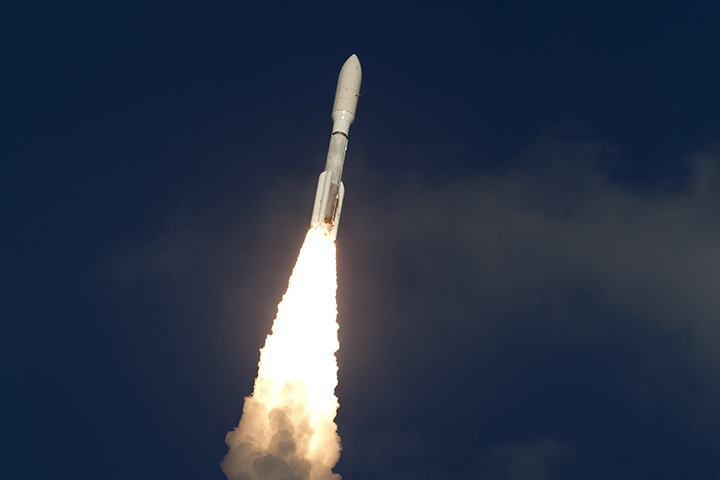 GOES-S mission managers confirmed at 8:58 p.m. that the spacecraft’s solar arrays successfully deployed and the spacecraft was operating on its own power. The satellite will provide faster, more accurate, and more detailed data, in near real-time, to track storm systems, lightning, wildfires, coastal fog, and other hazards that affect the western United States.

“We at NASA Science are proud to support our joint agency partner NOAA on today’s launch of GOES-S, a national asset that will impact lives across the Western Hemisphere each and every day,” said Thomas Zurbuchen, NASA associate administrator for science, who attended the launch.

Once GOES-S is positioned in a circular orbit approximately 22,300 miles (35,800 kilometers) above Earth, in about two weeks, it will be renamed GOES-17. A satellite in geosynchronous orbit is in a sort of “sweet spot” in which the satellite orbits at the same speed that Earth rotates. Since GOES will be in a geosynchronous orbit that also stays directly over the equator, it will not move at all in relation to the ground and will be in a geostationary orbit. 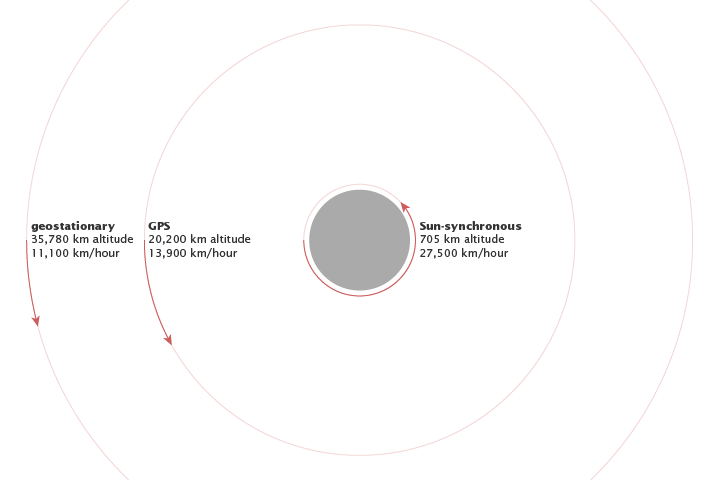 As seen in the illustration above, the height of the orbit affects how quickly satellites move. As satellites get closer to Earth, the pull of gravity gets stronger, and they move more quickly. NASA’s Aqua satellite, for instance, requires about 99 minutes to orbit Earth at about 705 kilometers up (low Earth orbit), while a weather satellite about 36,000 kilometers from Earth’s surface takes 23 hours, 56 minutes, and 4 seconds to complete an orbit.

Later this year, after undergoing a full checkout and validation of its six high-tech instruments, the new satellite will move to the GOES-West position and become operational. From there, it will provide advanced imagery and atmospheric measurements, real-time mapping of lightning activity, and improved monitoring of solar activity and space weather.

In addition to improving weather forecasts, GOES-17 will help forecasters locate and track wildfires—invaluable information that emergency response teams need to fight fires and evacuate people out of harm’s way. GOES-17 also will be an important tool for forecasters to track and predict the formation and dissipation of fog, which can disrupt airport operations.

GOES-17 will work in tandem with GOES-16, the first satellite in NOAA’s new geostationary series, now at the GOES-East position. GOES-17 will extend observational high-resolution satellite coverage of the new technology aboard GOES-16 to most of the Western Hemisphere, from the west coast of Africa to New Zealand, and from near the Arctic Circle to near the Antarctic Circle. The satellite will provide more and better data than is currently available over the northeastern Pacific Ocean, the birthplace of many weather systems that affect the continental U.S.

Photograph by Bill White for NASA. Illustration by Rob Simmon. Story by Adam Voiland, based on a NASA press release. 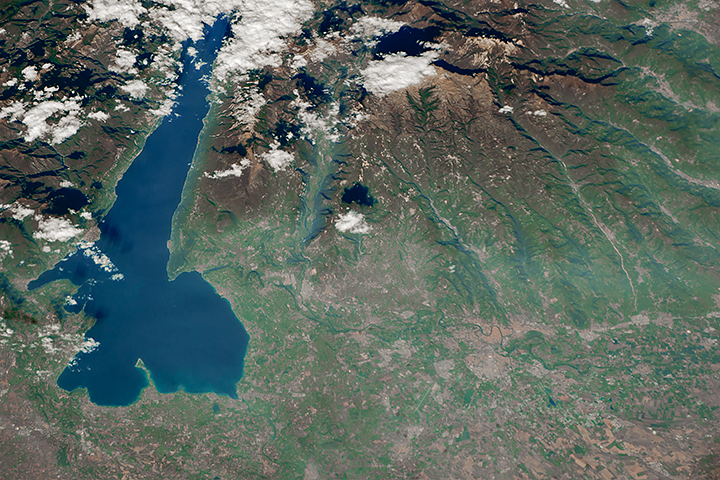