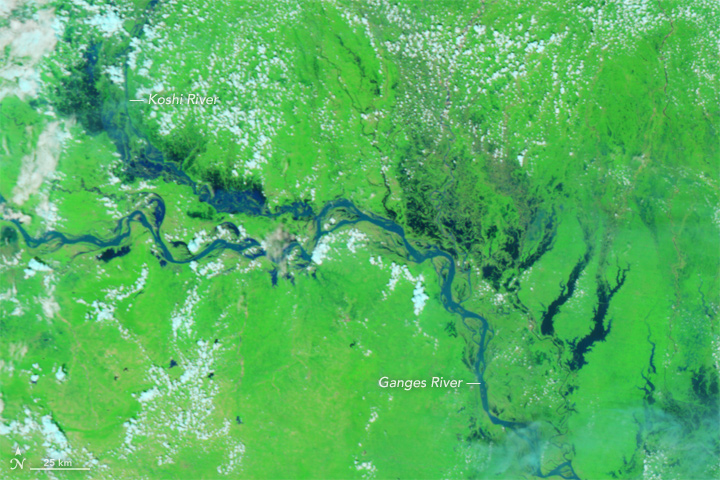 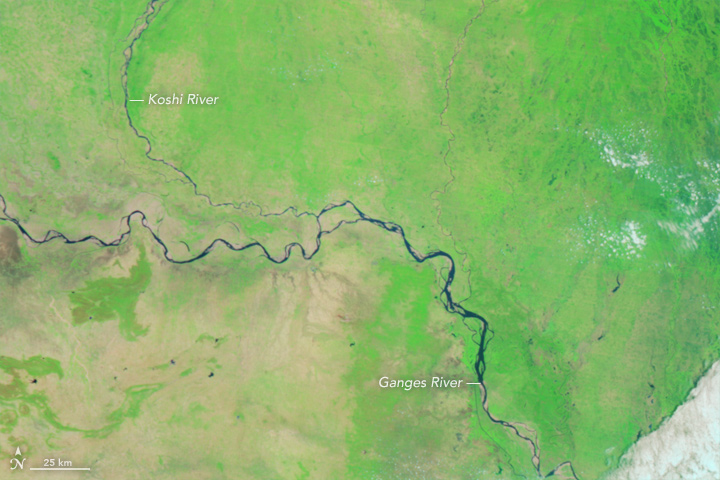 More than 40 million people in the three countries have been afflicted. Hundreds of villages have been submerged, and tens of thousands of homes have been destroyed. Millions of people are living in refugee camps, and vast tracts of farmland and grazing land has been inundated.

One of the hardest hit areas is Bihar, a state in East India with a vast expanse of flat, fertile land. Flooding grew severe there after heavy rains on August 10, 2017. By September, nearly 17 million people in that state alone had been affected by floods, according to the United Nations Office for the Coordination of Humanitarian Affairs. Roughly 7,000 villages in Bihar have flooded and more than 700,000 people have been displaced.

The pair of images above, captured by the Moderate Resolution Imaging Spectroradiometer (MODIS) on NASA’s Terra satellite—shows how Bihar’s waterways changed through the monsoon. The first image shows the Ganges, Koshi, and several other rivers on September 6, 2017, when flood water covered large swaths of the landscape. The second image shows the same area on May 24, 2017, before monsoon rains began.

One of the hardest hit areas is Bihar, a state in East India.