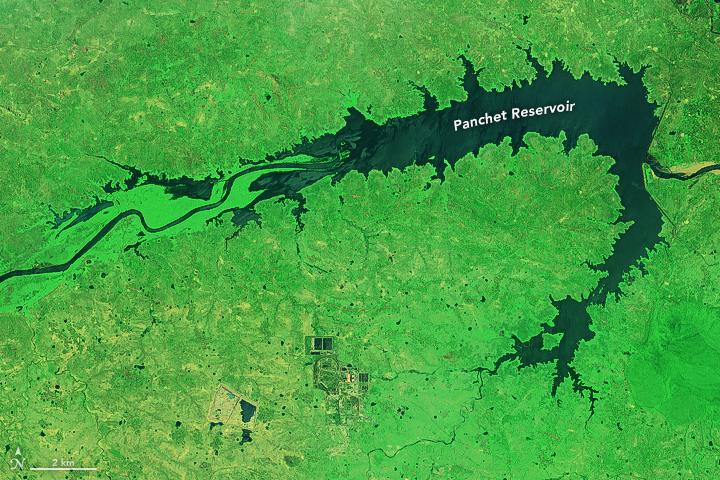 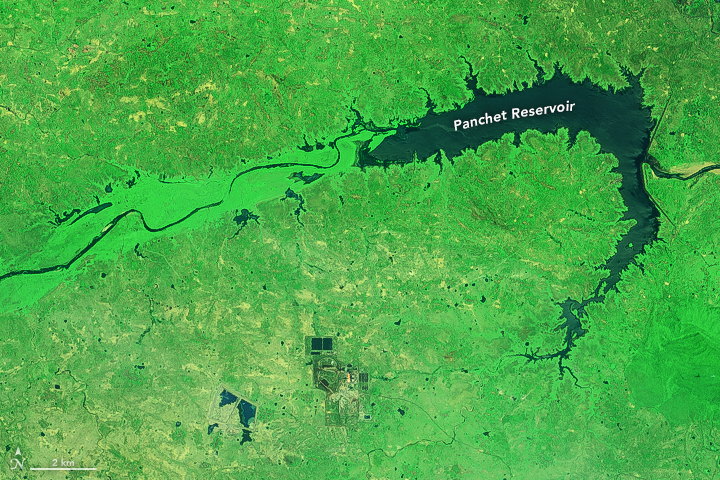 Monsoon rains began arriving across India in early June 2016. For many Indians, it was not a moment too soon. After three underwhelming monsoon seasons, broad swaths of the country have been gripped by drought. An estimated 330 million people have been affected by depleted water supplies.

Collectively, India’s 91 major reservoirs stood at 16 percent of their storage capacity on June 9, 2016, according to the nation’s Central Water Commission (CWC). That is about 58 percent of the water that was available in June 2015 and about 79 percent of the 10-year average. Some of the hardest hit states were Uttarakhand (storage down 77 percent compared to June 2015), Tamil Nadu (down 69 percent), and Maharashtra (down 67 percent).

Of all of India’s reservoirs, Panchet Hill in Jharkhand was among the lowest compared to the 10-year average. In the first week of June 2016, the reservoir stood at 4 percent of capacity; the average for June is 40 percent. The Operational Land Imager (OLI) on the Landsat 8 satellite captured images of the reservoir on June 10, 2015 (top) and June 12, 2016 (second). 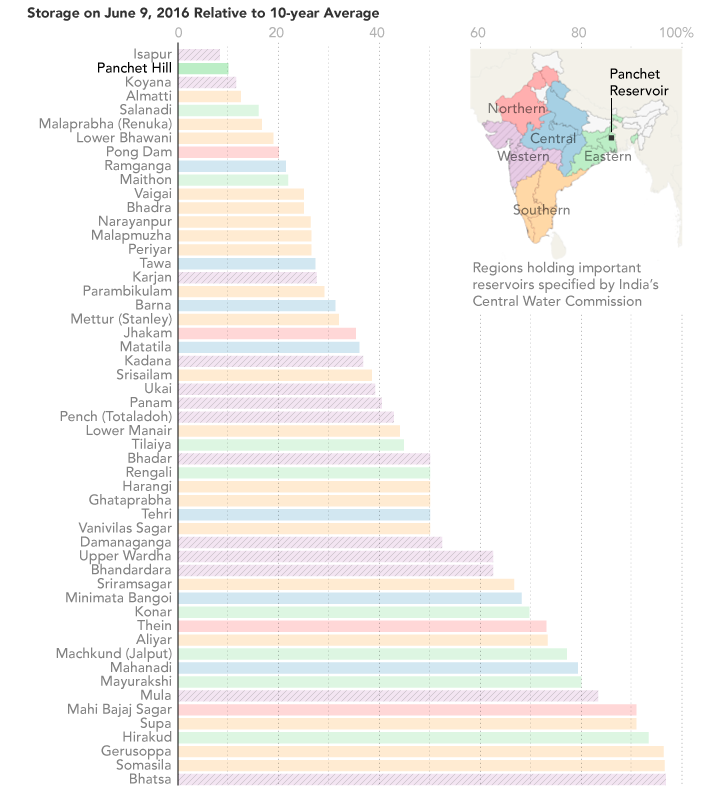 According to the Times of India, the city of Mumbai had just 25 days of water supplies left in its reservoirs. Several water supplies—including the Upper Tapi reservoir in Maharashtra, the Kabini reservoir in Karnataka, and the Sholayar reservoir in Tamil Nadudash—were not just low; they were reported as empty. The chart above, based on data from India’s CWC, shows the water level in major reservoirs compared to the long-term average water level for that site in June.