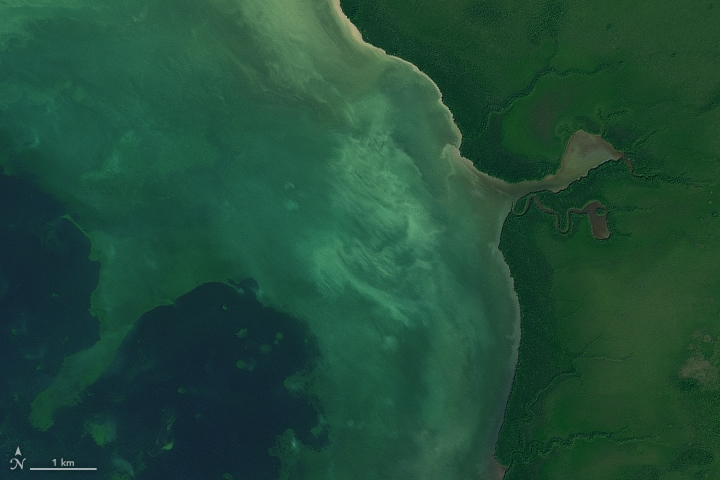 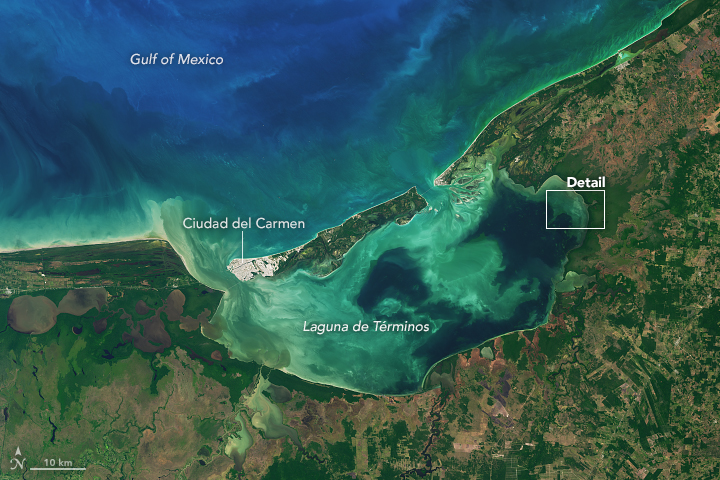 Along the coast of southeast Mexico, in the state of Campeche, wetlands and rivers give way to a shallow, swirling body of water. At 2500 square kilometers, Laguna de Términos is Mexico’s largest coastal lagoon.

By definition, coastal lagoons maintain a connection to the sea through a restricted inlet. At Laguna de Términos, the flow of water between the lagoon and the Campeche Sound is impeded by Isla del Carmen, a 2.5-kilometer-wide barrier island. This arrangement means this lagoon has two inlets (or outlets): Sea water generally flows into the lagoon around the east of the island, and out past the western end.

Campeche and its lagoon receive a healthy input of fresh water from a huge system of rivers flowing from the nearby states of Tabasco, Chiapas, and Guatemala. The flow varies depending on the season. When the Operational Land Imager (OLI) on the Landsat 8 satellite captured this image on January 20, 2017, the region was in the dry season, which runs from October through February.

Four major river systems drain the watershed and feed the lagoon from the south and southwest, the largest of which is the Usumacinta River. Even in the dry season, these areas of the lagoon are fresher than other parts and more turbid—visible in this image as colorful swirls near the shore. Winds and tides also can stir up lagoon waters.

Life is abundant here. Oyster beds thrive at the mouths of the major rivers. Beds of seagrass take hold in the saltier, calmer areas, particularly off of Isla del Carmen. And ringing much of the lagoon are uninterrupted patches of mangrove wetlands. The detailed image shows one such area on the eastern side of the lagoon. The mangroves and lagoon serve as a nursery for fish and shellfish, such as shrimp, which in turn support productive commercial fisheries in Campeche Sound. 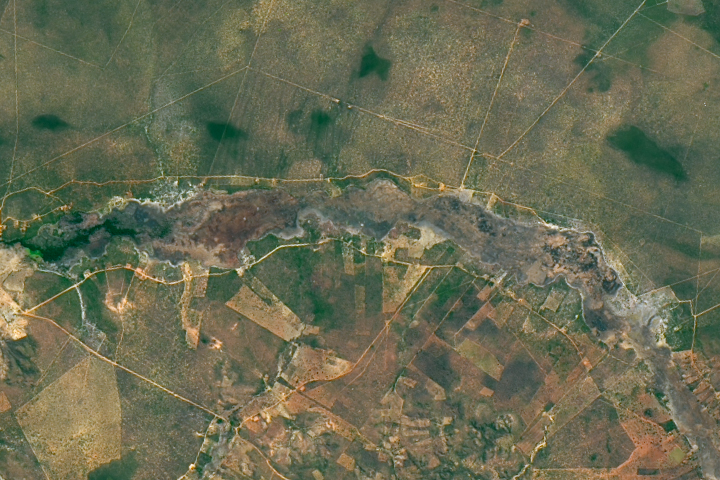