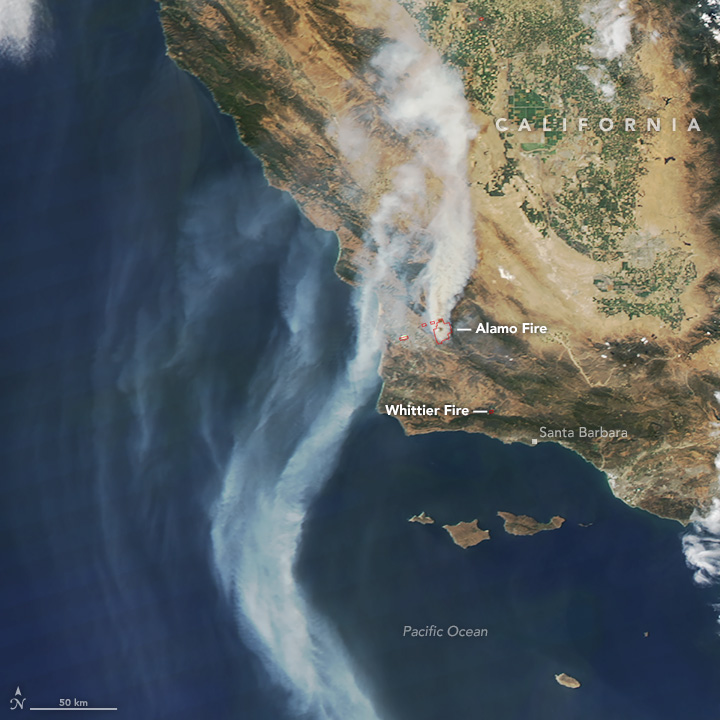 In July 2017, sweltering temperatures and strong winds fueled intense wildfires in southern California. The fires forced thousands of people to flee their homes, charred dozens of structures, closed roads, and darkened skies throughout the region with thick smoke.

Countervailing winds at different levels of the atmosphere pushed smoke plumes from the Alamo fire in opposing directions. As meteorologist John Lindsey noted, surface level winds were blowing out of the northwest and mid-level winds were out the southwest on July 8. As the fire grew in intensity, more smoke billowed higher into the atmosphere, where the mid-levels winds began to push it northward. The University of Wisconsin-Madison CIMSS satellite blog has posted a clip from the GOES-16 satellite showing this process unfolding throughout the day. Though the Whittier fire appears small in the MODIS image, it grew quite intense later in the day.

Surface features like buildings, trees, and mountains create friction and turbulence that contribute to differences in wind speeds at the surface and higher levels of the atmosphere. As Lindsey pointed out in a column for the San Luis Observer, it is common for cold fronts along California’s Central Coast to move in from the northwest despite the surface winds coming out of the south.

According to National Interagency Fire Center statistics, 3.1 million acres of wildfires have burned in the United States between January 1 and July 7, 2017. That is above the average of 2.4 million acres for the past ten years.

As the smoke from this fire makes clear, surface winds do not always blow in the same direction as those at higher altitudes.

Fires in the Southwestern United States 2017

Fires burned in the Southwestern U.S. in the 2017 season. 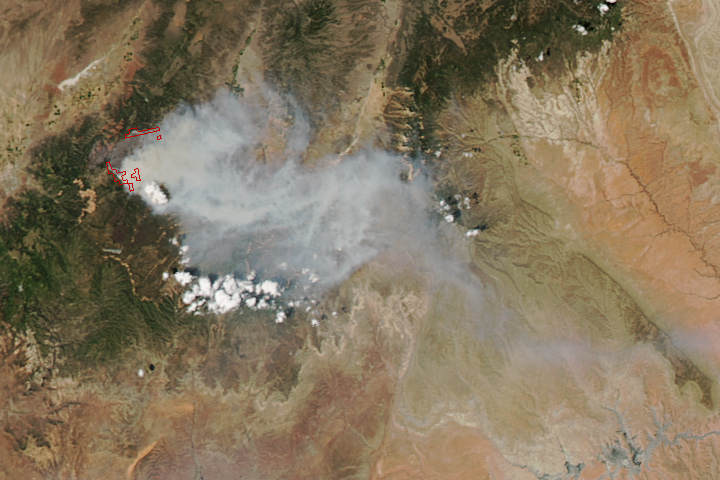 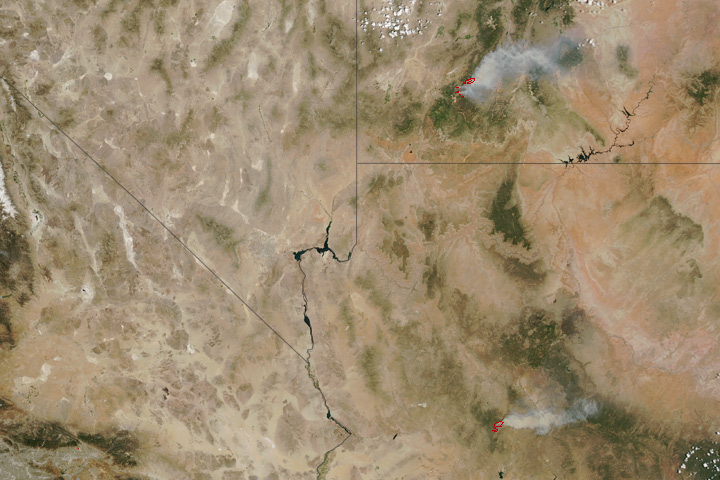