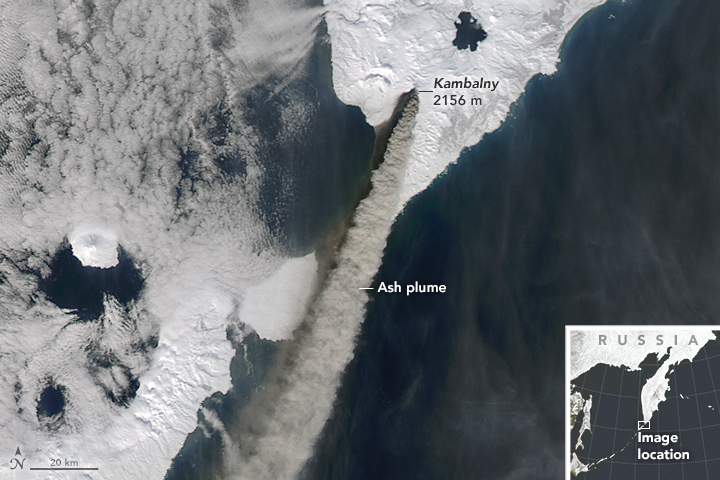 The Moderate Resolution Imaging Spectroradiometer (MODIS) on NASA’s Terra satellite captured a natural-color image of Kambalny Volcano and its plume on March 25, 2017, the day after it began to erupt. By 1:34 p.m. local time (01:34 Universal Time) that day, the plume stretched about 100 kilometers (60 miles) to the southwest. A dark stain is visible to the west of the plume, where ash has covered the snow. By March 26, ash falls would cover the ground on both sides of the volcano. 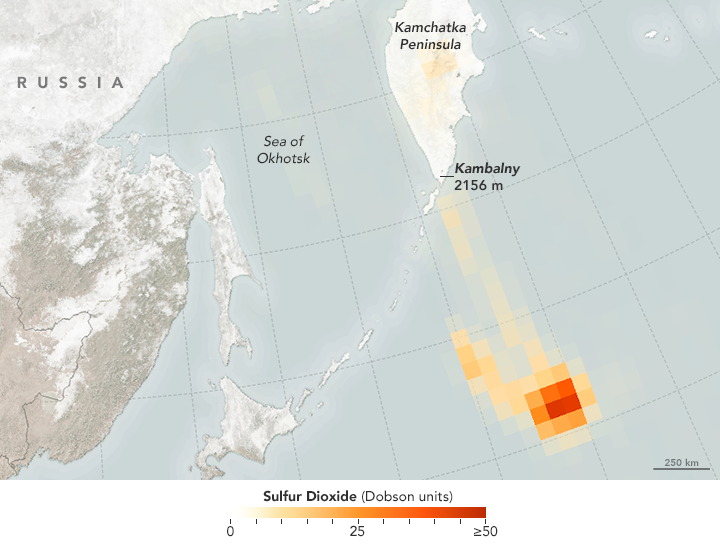 The Ozone Monitoring Instrument on NASA’s Aura satellite observed an airborne plume of sulfur dioxide (SO2) trailing south of Kamchatka on March 26. “The higher SO2 amounts downwind could be due to multiple factors,” said Simon Carn, an atmospheric scientist at Michigan Technological University, “including variable emissions at the volcano (such as an initial burst), increasing altitude of the plume downwind, or decreasing ash content downwind.”

Invisible to the human eye, SO2 can harm people as well as the environment. According to a recent study, volcanoes collectively emit 20 to 25 million tons of SO2 into the atmosphere per year.

An alert from the Kamchatka Volcanic Eruption Response Team warned of sporadic ash plumes rising up to 8 kilometers (26,200 feet) above sea level. The activity could affect international and low-flying aircraft in the region, the group said.

In late March 2017, the Kambalny stratovolcano began to erupt for the first time in nearly 250 years. 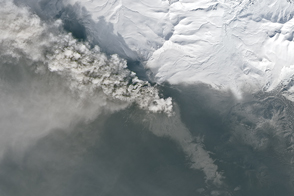