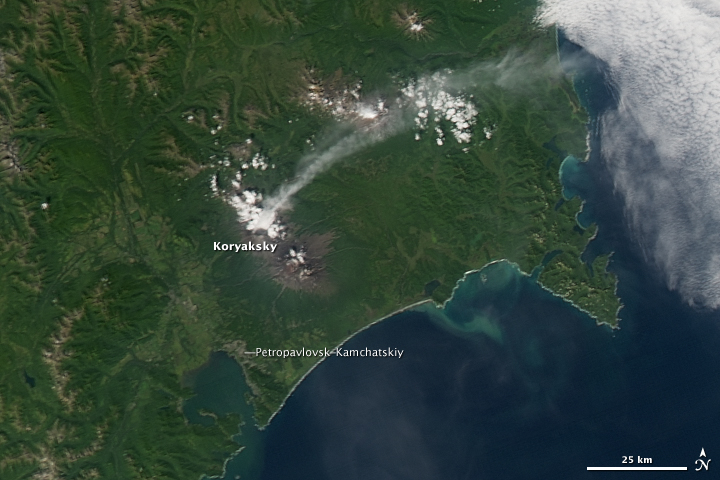 This true-color image shows a pale plume blowing away from the volcanic summit toward the east-northeast, forming a slight arc as it heads toward the Bering Sea. The plume’s light color suggests that it contains more water vapor than volcanic ash.

Koryaksky is a symmetrical stratovolcano composed of alternating layers of hardened lava, solidified ash, and rocks thrown out by earlier eruptions. Surface lava fields have probably been fed by vents on the volcano’s flanks.