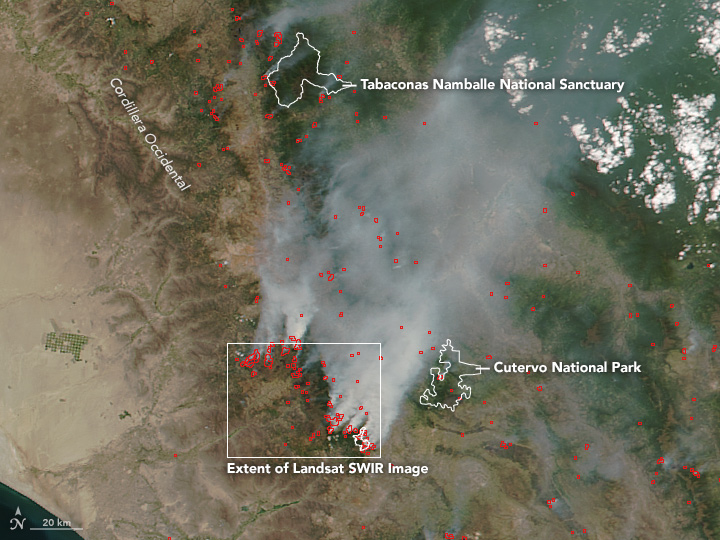 Before the rains arrived, Peru faced an intense fire season that lasted through 2016. Fires burned 6,594 acres (2,668 hectares) and encroached into 11 protected areas, according to an assessment by researchers with the Monitoring of the Andean Amazon Project (MAAP).

Such estimates of the location and extent of areas burned are common in populous places with established monitoring networks. In remote areas, the details can be harder to tease out. That’s where satellites can help. But you still need someone to receive the data, analyze it, and make it available to fire resource managers.

On November 20, 2016, the Visible Infrared Imaging Radiometer Suite (VIIRS) on the Suomi NPP satellite captured this image of fires in northern Peru, where there fire activity was particularly intense. Red outlines indicate hot spots where VIIRS detected warm surface temperatures associated with fires. Most of the fires are burning in relatively remote areas along the western branch of the Andes and near headwaters that feed the Amazon basin.

Images like this one appear on the MAAP website, where project researchers publish detailed analyses of current events related to deforestation of the Andean Amazon, particularly in Peru. The MAAP team is first made aware of satellite-detected fire activity by email alerts distributed by the Fire Information for Resource Management System (FIRMS), a project developed with funding from NASA’s Applied Sciences Program. FIRMS distributes active fire data within three hours of the satellite overpass. After receiving the alerts, the MAAP team then combines the near real-time fire data from VIIRS with higher-resolution satellite imagery to get a more complete picture of the situation.

“We are seeing that the VIIRS fire alerts are a very powerful tool for precisely monitoring fires in near real-time in the Andean Amazon,” said Matt Finer, research specialist with the Amazon Conservation Association and director of MAAP. 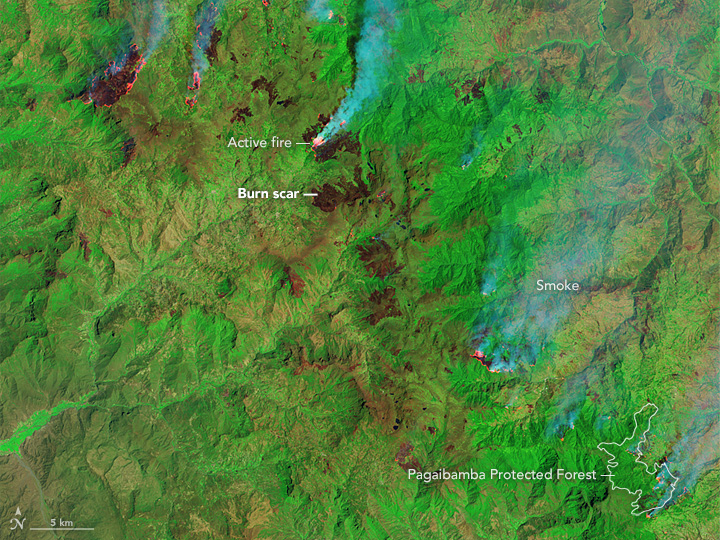 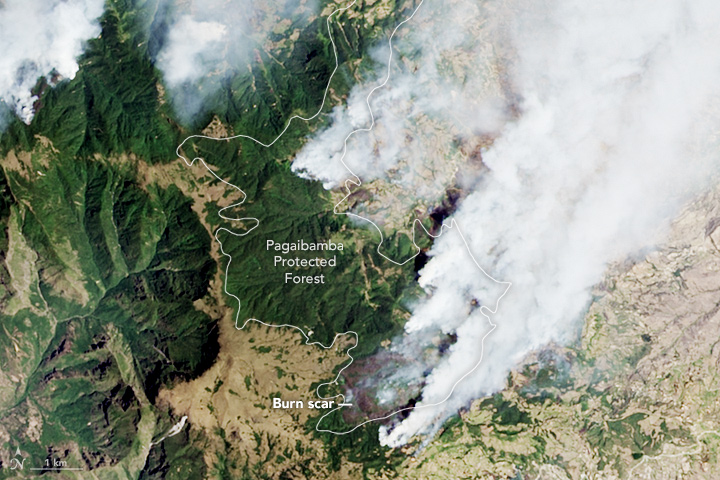 The second image was acquired on November 20, 2016, by the Operational Land Image (OLI) on Landsat 8 and shows a dense cluster of fires near Pagaibamba Protected Forest. The image is false-color, combining shortwave infrared, near-infrared, and green light (OLI bands 7, 5, and 3). Active fires appear bright red, and intact vegetation is green. This band combination makes it easier to see burn scars, which appear dark brown. The third image shows an even more detailed view of Pagaibamba that day in natural color, similar to what your eyes would see, which on this day included plenty of smoke.

The MAAP group noted that most of the fires likely started as agricultural burning, but because of ongoing drought, they grew out of control and spread into protected areas. Images like these can help researchers get precise estimates of the area burned, and to assess the severity and impact of the fires. The information could be useful for people deploying the resources to fight the fire and determining the areas that need help recovering.

“We shared our findings with the Peruvian protected areas agency (SERNANP) and they were very interested in the methodology,” Finer said. “We have had numerous interactions with SERNANP about this topic and they are now actively developing fire management plans that will hopefully incorporate this technology.” 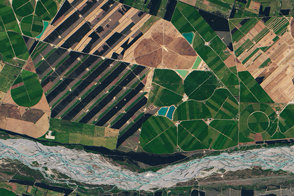