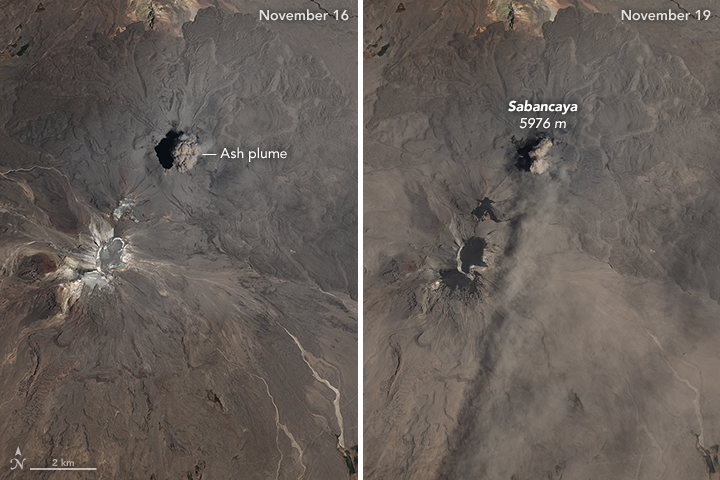 Peru’s Sabancaya volcano has been restless for the past few years. Recently, the occasional puffs of ash and volcanic gases have become more frequent and intense. Since November 6, 2016, the 5967-meter (19,577-foot) mountain has produced ash eruptions and dozens of explosions.

On November 16, 2016, (left) a cloud of ash billowed over Sabancaya; by November 19 (right), ash had darkened the ground. In the November 16 image, the bright area to the southwest of Sabancaya is snow near the peak of Mount Ampato, a dormant volcano. The November 16 image was acquired by a multispectal imager on the European Space Agency’s Sentinel 2 spacecraft. The Operational Land Imager (OLI) on Landsat 8 captured the November 19 image.

Sabancaya is a stratovolcano located in southern Peru, approximately 70 kilometers (40 miles) northwest of the city of Arequipa. The name Sabancaya means “tongue of fire” in the Quechua language. Volcanism at Sabancaya is fueled by magma generated at the subduction zone between the Nazca and South American tectonic plates.

Sabancaya is not the only volcano in the Andes that has been active recently. Thousands of kilometers to the south, unrest at Copahue—a stratovolcano along the border of Chile and Argentina—has sent ash streaming from the mountain on several occasions this month.

Recently, the volcano’s occassional puffs of ash and volcanic gases have become more frequent and intense.

The volcano in southern Peru has been erupting regularly since the southern winter of 2016. 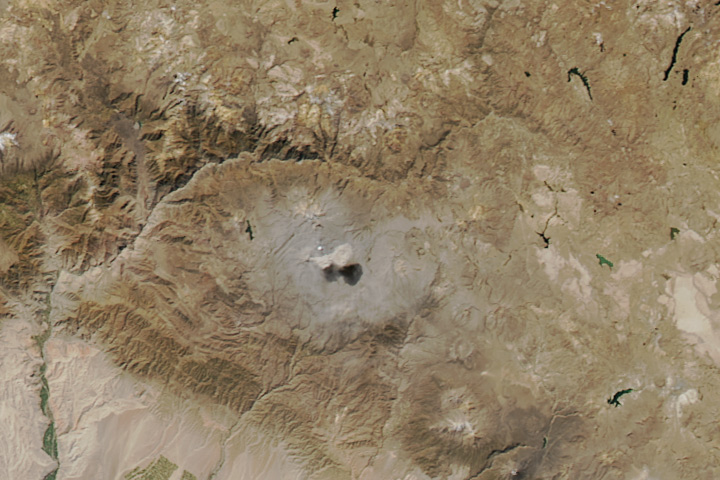 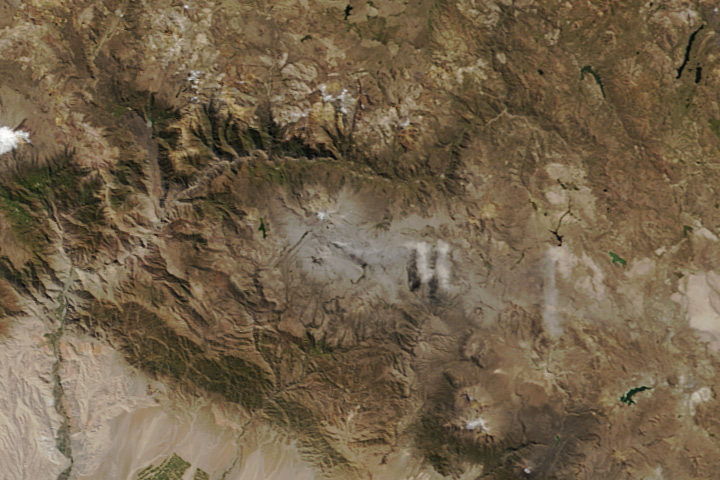 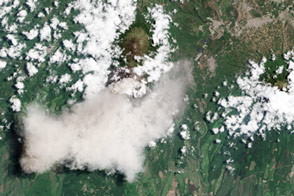 The Landsat 8 satellite captured this image of volcanic ash drifting over Guatemala.