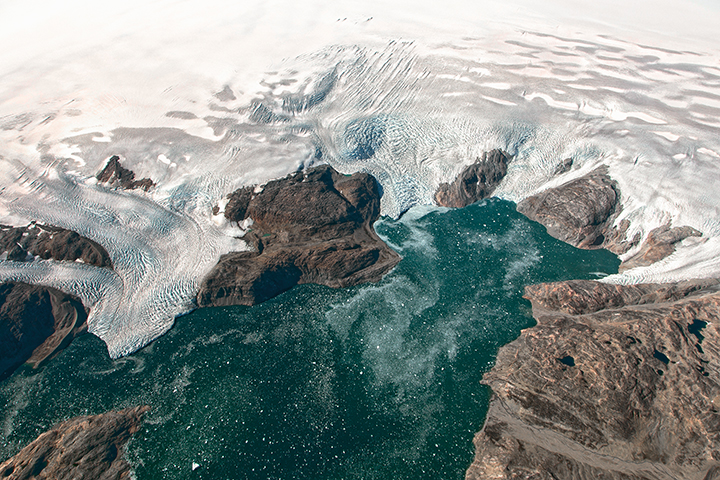 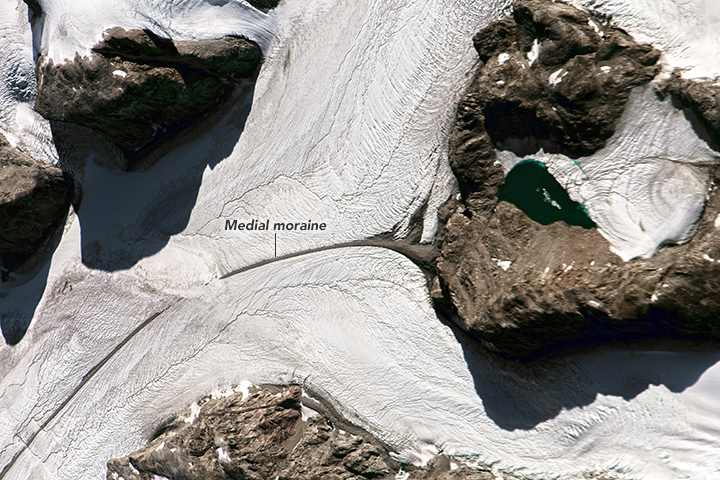 Scientists and crew with NASA’s Operation IceBridge, which makes annual aerial surveys of polar ice, have just concluded another series of science flights over the Arctic. The late-summer flights follow a previous series in April and May. Data from the start and end of the summer melt allows scientists to observe how each season affects the Greenland Ice Sheet.

“Earlier in IceBridge’s history, we only surveyed the elevation of these glaciers once a year,” said IceBridge deputy project scientist Joe MacGregor in a story about the campaign. “But these glaciers experience the climate year-round. Now we’re starting to complete the picture of what happens to them as the year goes on—especially after most of the summer melting has already occurred—so we can measure their cumulative response to that melt.”

The photographs above show some glaciers observed from the HU-25A Guardian aircraft on September 2, 2016. The top image shows the Brückner and Heim glaciers where they flow into Johan Petersen Fjord in southeastern Greenland. The second photograph shows a tributary of Heimdal glacier. The dark brown thread through the center is a medial moraine—a ridge of debris that forms where ice from two glaciers merge.

The IceBridge team also surveyed glaciers draining ice from Greenland’s western side. This August 27 video shows a heavily crevassed portion of Rink Glacier on the coast of western Greenland. The images were acquired with the Digital Mapping System (DMS), a high-resolution digital camera installed on the aircraft’s belly that points straight down and takes overlapping images throughout a flight. The images provide a visual reference to help researchers better understand the data collected by other instruments during the flights.

Data collected during IceBridge campaigns have contributed to a range of discoveries since the mission began eight years ago. Under the snow and ice, scientists have mapped a canyon and observed an aquifer. They have estimated the extent of frozen and thawed areas on the bottom of the ice sheet, and have observed variations in the thickness of Arctic sea ice.

Operation IceBridge maintains the continuity of polar measurements between ICESat satellites. The original ICESat mission ended in 2009, and its successor satellite is scheduled for launch in 2018. 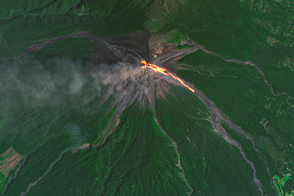